Posted by: MBergeron November 17, 2013 in Film Leave a comment 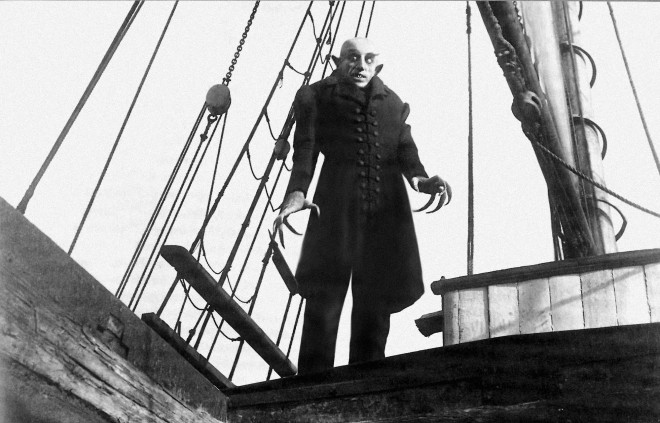 The silent film Nosferatu was almost sued out of existence. That we can enjoy a Blu-ray of a restoration for the now considered classic vampire movie is perhaps a cinematic miracle. Lifting the plot, albeit credited, from Bram Stoker’s Dracula without properly clearing rights led to F. W. Murnau’s film being all but sued out of existence.

Being familiar with silent film posters, I’ve never seen paper for an American much less a European release of the film. By comparison take another classic silent like Metropolis. Plenty of artifacts, while expensive, are available for that Lang classic.

Nosferatu (11/19, Kino Classics) presents the film in an original tinted version with emphasis on reproducing the titles in their original style. This lucid vampire flick comes on two discs, one with English titles and the other with the original German titles. 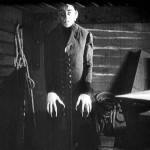 Even if you’ve never seen Nosferatu – you’ve seen the imagery. Coppola used a shot from Nosferatu in his 1992 Dracula, one where the creature appears to rise like a plank from a prone position to standing. In actuality it’s a camera trick from the silent era where the film is projected backwards. The long sharp fingers of Nosferatu and the use of shadows are modern horror tropes.

Also included, a doc titled The Language of Shadows analyses Murnau’s career, discusses the lens he used, and compares locations then and now, especially some of the spooky centuries-old castles seen in Nosferatu. The soundtrack features the 1922 score from Hans Erdmann. 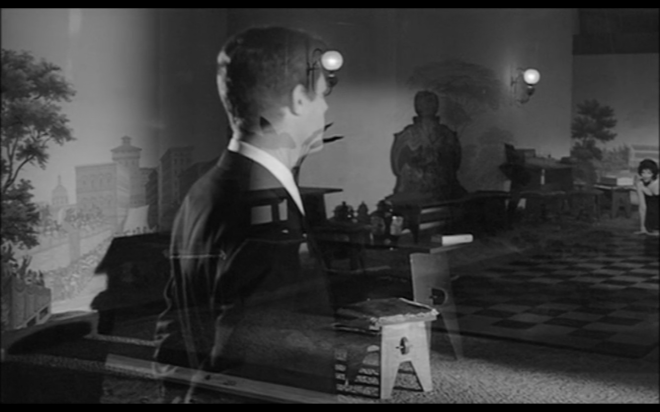 La Notte (10/29, Criterion Collection) unwinds in a stunning black-and-white 4K transfer. Since most of the action takes place at night the blacks and nuances of light are important. In fact Michelangelo Antonioni’s 1961 film starts in the afternoon and follows a couple over the course of the day turned into night turned into dawn. Marcello Mastroianni, Jeanne Moreau, and Monica Vitti star. 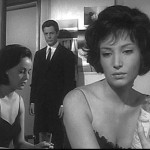 Successful author Mastroianni tows wife Moreau to a fancy party where emotions and motives are stripped bare. If you want existentialism and repressed angst and sexuality nobody offers up heaping servings of same than Antonioni. But the evening starts with the couple deciding not to go to the party and instead ending up at a nightclub where a woman does the most amazing gyrations with a wine glass on her head. Antonioni spends time on this sequence and not surprisingly devoted a large segment of his 1972 documentary Chung Kuo, Cina to a group of Chinese acrobatics.

Soon enough the couple actually decides to head to their original destination, a lavish fête thrown by a rich industrialist.

Things start sizzling when Vitti the daughter of the host and Mastroianni start playing a game on a giant set of squares on the floor. Both Mastroianni and Moreau have their chance at deception but yet when the morning sun comes up they find themselves in each other’s arms on a nearby golf course, aware of their limitations but certainly not wiser.

I saw Tank Girl when it came out in1995 and frankly couldn’t get my head into it, and nothing has changed with the Blu-ray release of the distaff science fiction tale set in an apocalyptic future. Tank Girl (11/19, Shout! Factory) spins like a pint-sized version of Road Warrior. There’s a captivating villain in Malcolm McDowell and the theme of water as currency. What actually perked my attention was watching Naomi Watts in an early role. Lori Petty channels the comic book heroine with lots of verve.