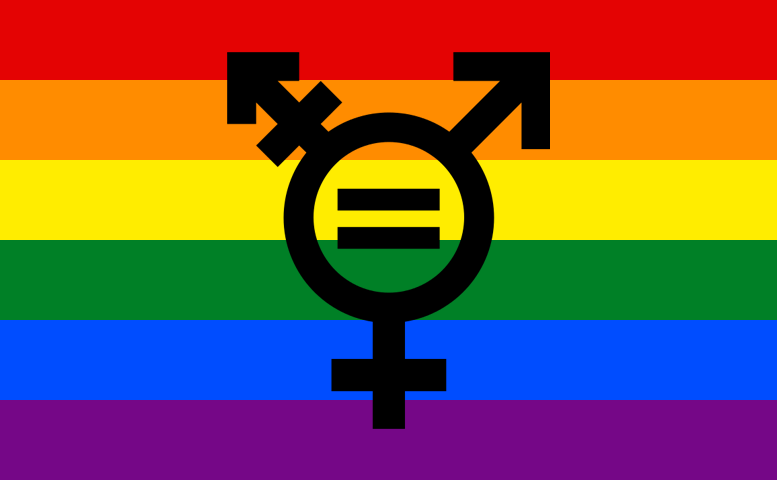 Mayor Annise Parker wanted to let transgender people use the restroom in public, but that couldn’t happen. She’s trying to pass a public ordinance that would have stopped Houston businesses from discriminating against trans customers from using the bathroom of their publicly identified gender. That’s what the bill said, right up until Parker removed that paragraph on Tuesday.

The ordinance adds gender identity and orientation as a protected status for housing, hiring, public services, and city contracting. That’s right, transgender city contractors are finally free to pursue their dreams of building power lines for the city.

“As I stated in my State of the City Address earlier this month, the Houston I know does not discriminate, treats everyone equally and allows full participation by everyone in civic and business life,” Parker said.

“We don’t care where you come from, the color of your skin, your age, gender, what physical limitations you may have or who you choose to love.  It’s time the laws on our books reflect this.”

Right now the bill is delayed until the next city council meeting two weeks from now. Parker wants to pass it with an amendment removing the bathroom protection clause. However, rumors say she lacks the votes to get it passed over other councillors who dislike the amendment.

Now, a reasonable person might think that this ordinance shouldn’t be an issue. Making sure trans people get the same housing and employment opportunities as everybody else seems sane. But suggest that they should be able to use their preferred bathroom and suddenly that’s too far.

Why Everybody Is Panicking

People were lined up to speak at this week’s city council meeting. They went back and forth about this for eight hours. People were freaking out about the possibility of terrifying restroom chaos. If we let trans people into different restrooms, it’ll encourage pedophiles and rapists to assault people. It didn’t help that Mike Huckabee got on Fox News to tell everyone about it on national TV.

“It’s just something for the kids, for the women as well,” said Joseph Garcia, a member of the San Jacinto Community College Campus Christians. “It’s for their safety.”

Other Christians are behind him on this one for the usual reasons. They believe this ordinance will force Christian Houstonians to violate their religious liberty. Yes, they interpret religious liberty to mean preventing trans people from using their preferred bathroom.

“The ordinance would force employers and a private business owner to violate their religious and moral convictions,” wrote David Walls for Christian advocacy group Texas Values. “This special rights ordinance is a direct threat to people of faith and traditional morality in the City of Houston.”

The LBGTQ community doesn’t take too kindly to this argument, as you can imagine.

“Transgender people didn’t choose to be transgendered,” said James Quinn, a gay man who came to speak about his experiences with discrimination. “Religious people chose to be religious. Why don’t we protect what is a part of somebody rather than what somebody chooses?”

Quinn said he was fired twice for being gay. He said the second time happened because he posted a picture of his partner on the company wall and it made someone feel uncomfortable. Apparently that constituted sexual harassment.

For Quinn, LBGTQ protections are important. “Shouldn’t we make our city welcoming to all citizens?” he asked.

The little protections do make people feel more welcome. Something as simple as relieving yourself can be a nightmare when you’re transgender and in public.

A study from the Williams Institute reported that 70% of transgender people had experienced denial of access, harassment, or assault in a public restroom. They were given weird looks or told to leave or physically attacked. One respondent said she was sexually assaulted.

“I think it’s really important to be clear about the fact that this is a human rights issue,” said Sheila Cavanagh, author of Queering Bathrooms, a book that discusses transgender experiences with using the restroom. “Certainly someone can’t participate in public life unless you can use the bathroom.”

Something as simple as using the restroom in public seriously affects the lives of transgender people. The Williams Institute study said some trans respondents avoided going out in public at all. Some wouldn’t go to the doctor.

Cavanagh said she interviewed transgender people who had trouble working because of fear of using the restroom. They resorted to keeping buckets under their desk at work or just not peeing at all. Some ended up with kidney problems from holding it too long and too often.

Mayor Parker’s ordinance could have solved this problem by making it illegal for any public service to discriminate on the basis of gender identity. If you had seen a trans woman walking into the women’s restroom, you wouldn’t have had a legal foot to stand on to prevent them from going in there.

The Point of It All

It sucks that such a pointless fuss got the bathroom protections removed from the ordinance. People are afraid of perverts that may or may not exist; or upending the social order (an actual reason I heard) by letting the less-than-one-percent of the population that identifies as transgender into the right bathroom.

The worst part is that amending the ordinance won’t even do much to protect people. The best way to make restrooms safe according to Cavanagh is through open design, two doors, and bright lighting.

“A lot of people think we need gendered bathrooms to decrease instances of violence against women,” Cavanagh said. “Studies show again and again that gendered spaces, particularly gendered bathroom spaces, where there’s one door and where they are enclosed are actually dangerous spaces for everyone.”

To their credit, the people opposing the ordinance who I talked to seemed nice enough. They’re not malicious, they’re trying to do right by what they believe.

“I’m not bashing anybody,” said Jonathan Garcia. “We just want what’s best for people. We seek their best interests. For the city and for the state.”

The problem is that Houston’s a diverse city, with a whole lot of people who don’t share that same point of view. When you take the religion out of the decision, equal bathroom rights start looking like a good way to protect a minority that frankly gets screwed on everything. As if transgender people don’t already have enough crap to handle.

Mayor Parker’s ordinance could have done what’s really best for people. Instead, it’s just another victim of anti-LBGTQ fears.

Ingrid Michaelson Turned Lights Out at House of Blues

Can Anyone Solve Houston’s Traffic Problem?