Interview with a Palestinian Houstonian Who Wishes to Remain Anonymous 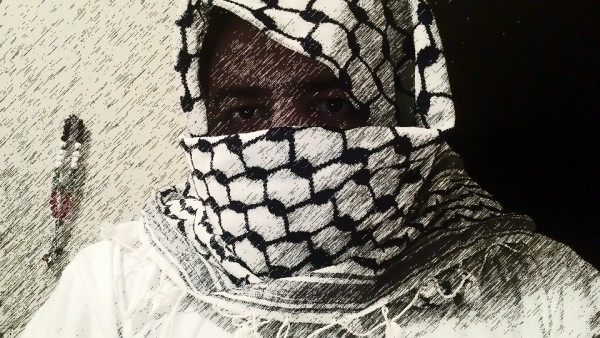 Leon casino, What citizenship do you and your family hold?

My parents were forcefully removed from Palestine and I’ve been homeless (no land to call my home) ever since. Some of my cousins have been even more unlucky — they can’t attend public school in Jordan, although they were born there, because their IDs say ‘Palestinian refugee.’ One cousin managed to obtain her doctorate and had a job offer from a European company after many rounds of interviews. They rescinded the offer after they required her passport. Now she’s jobless and can’t get a job, because she’s not a citizen capable of obtaining a visa. She can only leave Jordan with permission, and only for a short period of time.

Are you ever afraid to speak up for justice for Palestine because of how it might affect your career?

I have been afraid to speak my mind, I’ve had employers try to look for me on Facebook and tell me it was weird that I did not have one (I change my name, but sometimes that’s not enough). Also, I was afraid of what my fraternity brothers and others would say. They are very conservative and tend to watch one side of the news coverage. When you only see one side and hear one side, its hard to imagine these anchors that you’ve come to trust, based on other issues, would report anything but the truth. I’ve already dealt with some difficult circumstances in my career when an employer discovers my heritage, including, recently, termination without cause. A supervisor offered to write a letter and be used as a reference because he felt it wasn’t right, but he couldn’t do anything more about it.

I’ve been let go of a couple jobs with no reason after co-workers found out I spoke Arabic or when I would fast for Ramadan and then asked where I was from and what religion was I. I was fasting when I started one job, and I wouldn’t eat the provided breakfast and lunch and wouldn’t have any drinks during orientation. My bosses were Jewish. The 2nd day after I gave my reason for not wanting to eat, I was pulled outside after lunch to be fired for not completing my hiring paperwork. I pulled out and showed them the paperwork, but she said, “still, we’re gonna have to let you go.”

How do you respond to this?

Any obstacles will only make me stronger. I have no problem with any person in this world, I don’t even care what you believe. As long as you are a good person, you’re ok in my book.  But I’m tired. I’m tired of being an outcast, I’m tired of witnessing this genocide in Palestine. I’m tired of evil people killing other innocent people for their own agenda. I’m just tired.

I’ve been highly discriminated against since middle school. I, a 7th grader, was called a ‘terrorist.’ I got beat up by the other middle schoolers after 9-11.

We were worried all day that we had lost my cousin that day that was flying to New York for a job. It was the most frightening thing watching the news and watching all those people die and then not knowing what happened to my cousin. They rerouted the plane to Canada and finally he got through to us hours later that he was alright.

High school teachers would ask my opinion, but then they say, “we should just nuke them, get rid of the problem” — the problem that ‘we’ are. In college, a professor loved the way I thought about events, and would debate topics with me before and after class and ask me to debate others in class. Then one day he found out where I was from. He stopped asking me my opinions and stopped hanging out before and after class. He would always rush off and be too busy for me.  The first test after he found out was all essay. He glanced over my responses on three separate, front to back written answers and said “this doesn’t look like you’re going to pass, you may wanna drop before today’s deadline at 4pm.” My grade went from an A at midterms to a C-.

What do you think about the idea of a one state solution?

There was a one state solution that took in the Jewish refugees from all over Europe and treated them with kindness and sheltered them until they could make it on their own. These Jewish people lived in peace with Muslims and Christians alike in Palestine. Looking forward however, a one state solution is the only way to ensure unbiased and equality among its citizens. Brown vs. Board of Education ruled that you cannot be separate and equal, so why would we expect this to work now? Israel built a wall twice the size of the Berlin wall. So why did we tear down that wall yet we approve of this wall? Also, Israel just passed a law stating they would segregate the Africans that immigrated into Israel because Israeli citizens said they wouldn’t send their children to school with those people. They’re building a completely different school for them. An ‘Israeli (whites)’ only and a Africans (blacks) only. History has proven all these things cause animosity and problems and we can’t be truly democratic when you separate us like that. Everything we studied in school, asking ourselves how our ancestors could let this travesty happen to our fellow human beings and saying that we’ve learned from their mistakes in order to ensure we don’t repeat them, and yet here we are, letting history repeat itself.