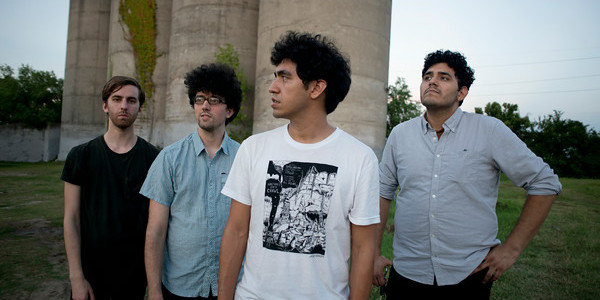 If you truly love a band, an artist, or anyone who’s creative; then you should champion their growth.  We all turn a blind eye to changes in art.  A great example of this would be comparing Rolling Stones albums from the eighties to their albums from the sixties.  The fact is, that the best bands and artists change over time.  A band who has changed over time, is Houston’s Young Mammals.  “I don’t think people are gonna’ like it cause’ it’s so different,” explained guitarist Cley Miller when I asked earlier this year about their new album.  That new album, “Alto Seco” is definitely different than previous Young Mammals albums.  However, I don’t see how anyone who listens to it, can’t immediately fall in love with it.  In ten tracks, the band takes you on a path of rock, pop, and indie sounds that don’t disappoint from track to track.

The opening song, “Lose The Grip,” is pretty much the perfect opener for what’s to come.  Utilizing an almost U2 kind of opening, the band quickly segues into an indie rock vibe that’s catchy, while not being hokey.  Gone are the overpowering pedal sounds of the band’s past recordings in favor of a more straightforward and leaner sound.  That vibe is carried over into the second track, the fast and quickly paced “Speedboy.”  There’s such a simplistic feel to the way the hooks are presented while staying fresh and having a head bopping chorus.  By the time you’ve gotten to the slow paced and almost Cure sounding third song, “Alto Seco;” you should be cool with how these guys have changed.  There’s growth here for sure, especially with the landscaped guitar sounds all over the song that have the feel of a Starflyer 59 tune.

Halfway through the album, you’re greeted with a really simplistic and almost swanky vibe on “Rabies” where singer Carlos Sanchez’ vocals emote such passion without sounding too personal.  The dual guitars on the song really make a basic structure come off with a more lush and fuller than you’d hear from acts with more complications in their songs.  “Build A House,” swings in with a pop rock force that definitely makes you realize why it was dropped as a stand alone last year.  It’s a truly crafted pop song that hides behind soundscapes of guitar, that never bury the true nature of the track.  The fuzz heavy sound of the eighth song, “Queen” really comes off as a possible second single from the album.  It’s definitely a standout that is simple while still sounding diverse, and it’s length is quick enough to leave you wanting more.  The album gets finished off with a hollow body guitar laced track, “Littlefield.”  The song clocks in at a little under seven and a half minutes, but it never feels like there’s too much of it.  Vocals slip in and out of the song with almost a whisper, but the track consistently slings along without ever losing its initial rhythmic feel.  Then, about three and a half minutes in, there’s a small break, then back to the original intent from the beginning.  Even the keyboard heavy ending is more than welcomed, and it never feels like the band is straying away from their initial purpose on the song.

It wasn’t really a surprise for me that I liked this album, as it’s catchy sound and surprises are a welcomed change for a band that has always grown.  I don’t think there’s really anything about “Alto Seco” that you could find to dislike.  In a little over thirty minutes, Young Mammals embraces change and keeps their core sound intact, leaving us listeners with something we can jam out to for a long time to come.  You can catch Young Mammals live on Friday October 3rd, when they play at the Coog Radio Fifth Birthday Bash.  And, you can pick up your own physical copy of “Alto Seco” when they perform at Fitzgerald’s on October 11th, with Wild Moccasins, Hooked Rugs, Toast, and DJ’s Andy V & JE.