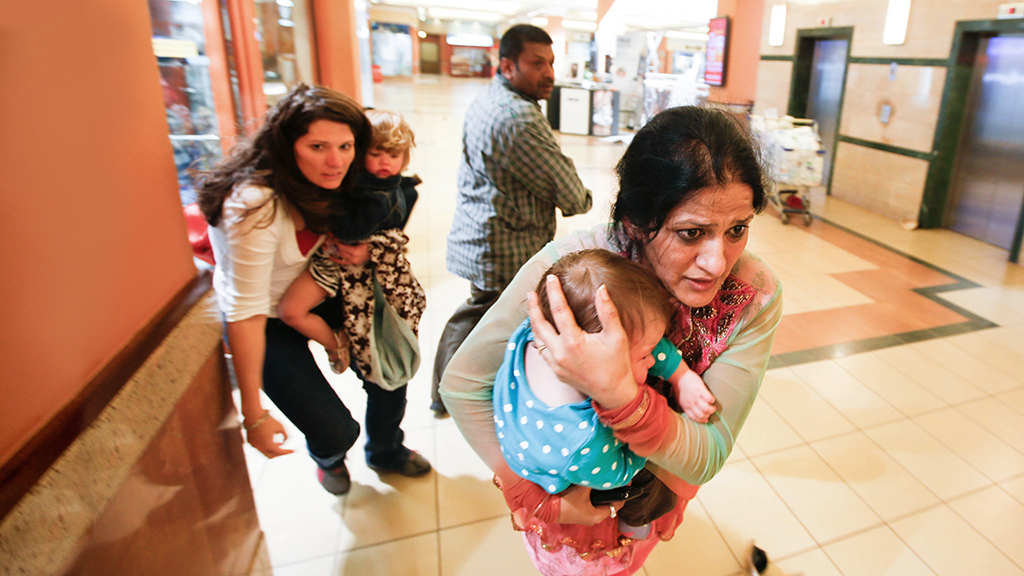 Leon casino, The average shopping mall or business establishment has hundreds of security cameras. More often than not such monitors are used for insurance purposes or to prevent shoplifting. Occasionally the lenses catch other action. 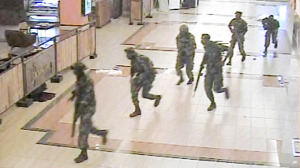 The HBO production Terror At The Mall, a tight one-hour documentary premiering on the cable channel tonight and running throughout the month, captures a horrific terrorist attack on the Westgate Mall in Nairobi, Kenya from September of 2013 as seen through the mall’s security cameras. (Witnesses and bystanders with consumer grade cameras took additional footage.) All of this is supplemented by survivor interviews shot in high definition, the testimonials appearing in sharp contrast to the low-resolution footage supplied by the surveillance cameras. Despite the quality of the video material it’s the images of high angle locked down cameras that makes this production so chilling to watch.

We see people scurrying and diving for cover. We see women holding their children in protective postures. We see dead bodies on the floor. Much of the coverage takes place in the Nakumatt supermarket, a two-story grocery store where many of the survivors took cover. Most of the interviewees were shot at one point or another, and they recount how they felt at the moment they realized they were wounded. In more than one instance the documentary is able to match cut that moment with footage from the various cameras. Soldiers rescued the final civilians later during the first day but the siege itself went on for over two days and ended with the terrorists dying in a fire.

Terror At The Mall doesn’t pull punches; it’s strong material dealing with real life or death situations. I never felt like I was viewing a snuff film, nor does the program exude an exploitation vibe. At approximately sixty-minutes TATM doesn’t go into the aftermath of the siege or even go in depth regarding the situation between Kenya and Somalia (where the terrorists originated). The end result is a tragic moment in time that unfolds before our eyes as if we were flies on the wall.