THIS MY TYPE OF PARTY

One Friday night in mid-January saw a meeting of minds at the Killem Collective studio in the East End.

The soirée was organized to encourage partnership among Houston’s diverse creative class. Legendary hip-hop DJ Tony Touch played after touching down from New York City and hosting a session at Break Free’s Hip-Hop School. The night set a tone for the new year, and felt especially festive with the celebration of Killem Collective founding member IV’s 30th birthday.

The party tipped off around 9 pm. The ground floor of the studio quickly filled with guests donning black outerwear, fitted caps with flat brims, and an array of footwear that would have made any sneakerhead tilt his head sideways and smile knowingly. DJ Baby Roo of Roologic Records set the starting vibe by spinning classics, while in the background the complementary refreshments began flowing, graciously provided by true Texas darlings Topo Chico, Deep Eddy and Saint Arnold’s Brewery. A feast’s worth of Frenchy’s came later, donated by the long-loved Houston establishment.

On the patio, a couple of fire pits roared into the chilly night. A glitch visual installation by FLCON FCKER graced an entire wall. The artist, who has exhibited work at MFAH, illuminated the space with a generative feed in his trademark style, an utter distortion of technicolor. Meanwhile, Killem’s Joey Flaco set off a bold, global-infused set in the rear studio, blending traces of jazz, hip-hop, funk and soul over vocals in various languages and pronounced beats. Flaco’s visuals, on display behind the decks, pulsed in time to the music while depicting imagery rooted in the musical expressions of urban culture. 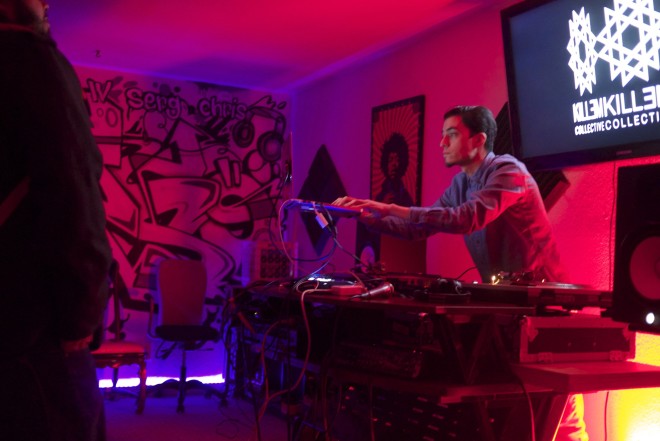 As the evening picked up, legendary DJ Tony Touch, in from NYC, took his spot behind the decks. The mood hit a fever pitch as the bass and drums of a seamless old-school hip-hop set seeped into the atmosphere of the night itself. Break Free, Texas’ only hip-hop school, hosted Tony prior to his performance, as he delivered a workshop on his origins as a DJ and pioneer of the culture. 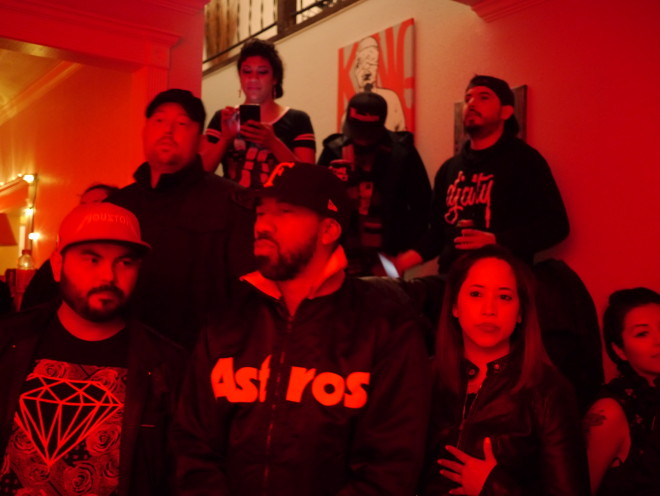 It is no shock a party hosted by Killem Collective drew a crowd rich in creative agency. Killem Collective harmonizes the work of music producers, visual artists, writers, curators, and designers. Flash Gordon Parks, an ethnomusicologist and DJ with Houston roots, was spotted, as well as Kay of The Foundation. Local legends, each in their own right ✊🏽. DJ City, a foremost source of DJ and producer culture, had agents in attendance. Guilla, a wave-maker in the local hip-hop scene, could be found making new friends in the crowd, as could Mista EJ, a rapper who hails from the suburbs, and is closing in on the inner-loop scene with villain-like devotion. Notable members of creative companies in Houston were present, including The Robot Agency, T Piper Media, and The Hive Society. From the community’s political sphere, Bernie Aldape, candidate for State Representative State District 144, and the lead organizer of Hillary for America’s Texas campaign mingled in the crowd. 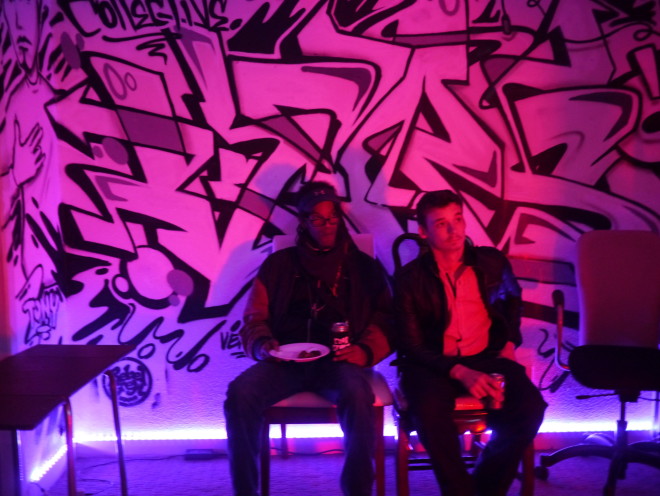 I chatted with Mike C. of DYNA Music Group, who expressed satisfaction at the turnout; an assorted crowd of movers and shakers was precisely what the event planners aimed for. Along with Killem Collective, DYNA sets out to identify local talent and provide them with the resources needed to produce and promote their work. Their prime artist, Doeman, is slated for an album release the first of February (OBE). Keep up with the heavy hitter on Twitter to watch the buzz build.

Rebel Radio Houston is establishing their base in the Killem Collective Studio, meaning the creative space now houses the broadcast, helmed by DJ Joe B of the Rebel Crew. Tune in every Thursday (10 pm to 1 am for explorations through classic hip-hop, jungle, trap, reggae, and Latin. In February, Grandmaster Flash is making a move in Houston, hosted by Rebel Radio. RSVP on the event page and come by.

“Collaboration is what our collective is all about.”

POPULARITY IS IMPORTANT: AN INTERVIEW WITH CAZWELL

Something Rotten in the State of the (Fresh)Arts