Whatever’s Cool With Me: Houston Whatever Fest 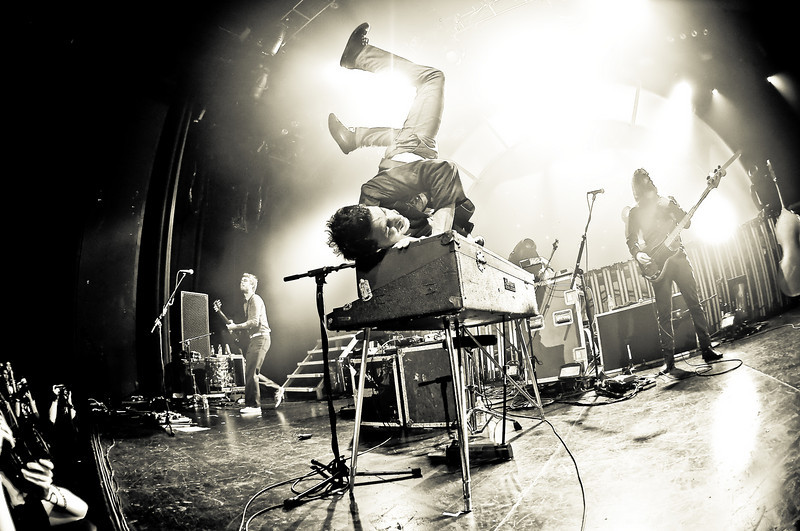 If you haven’t been paying attention, there are plenty of festivals going nowadays.  Regionally, in Texas alone, there are almost too many to count.  Sometimes they’re done right with FPSF, Fun Fun Fun, and even Austin City Limits.  There are plenty that seem to have more good than bad, but it sometimes feel like organizers lately have been quick to use the word festival to describe a large gathering.  That is, until I heard about the Houston Whatever Fest, happening at Warehouse Live and the surrounding outdoor area on August ninth and tenth.  On those two days, Jason Price, Andrew Youngblood, and those at Warehouse Live aim to bring you comedy and music like no one has offered here before.

To be fair, I knew a little about this about three months ago, when I spoke with the organizers about something they had in the works.  However, when the details started coming forward, I had no idea that it would have it all come together so well.  “It’s an idea I’ve had for a while, but it wasn’t until all of the elements quickly lined up that we could make it a reality,” explains Price.  And, from the outside looking in, there are plenty of elements.  The festival plans on five stages, to be stretched across the block that encapsulates Warehouse & Lucky’s.  Price explained the concept, “we’re utilizing a larger footprint for this event by holding in an area we’re calling EaDo Party Park.  That consists of Warehouse Live, Lucky’s Pub, and the outdoor fan fest area used by BBVA Compass Stadium for Dynamo games.  This is the area behind Lucky’s Pub and the area adjacent to BBVA Compass Stadium.”  And, by the looks of it, the event will include the inside of Warehouse Live as well as two outdoor stages.  “There will also be areas for attendees to cool off, vendor booths, as well as food trucks and bar areas outside.  The plan is to offer a diverse array of food trucks to showcase the diversity that attendees would get at a street festival,” explains Price.

As far as the talent goes, you get a lot of bang for your buck.  On the music side of things, the festival will host some pretty heavy hitting touring acts.  The chilled out and dance rhythms and insane live performance of New Orleans MuteMath, the quirky genius of Blonde Redhead, and rockin’ guitar heavy vibes of Minneapolis’ The Hold Steady will be joined by the nouveau metal of Helmet and nineties alt of Filter.  In fact, if you look at the hip hop of San Fran’s Kreayshawn, the pop rock of Michigan’s Cheap Girls, and DJ sets from both Passion Pit and Neon Indian; you get the idea that this is a pretty diverse lineup.  “To my knowledge, there has never been a local festival with multiple genre acts and comedians collectively in the lineup, “ explains Price.  And, these are just a small sample of the full lineup musically, that will also include lots of local favorites, and of course comedy.

On the comedy side of things, the hilarious “Silicon Valley” star, TJ Miller will headline the festival.  He’ll be joined by his Silicon co-star and possibly one of the most underrated comics of our time,  Kumail Nanjiani.  Of course, the comedy isn’t limited to comics who have shows on HBO.  The female heavy themed and funny as hell humor of Iliza Shlesinger, the in your face humor of Bobcat Goldthwait, and the nerd based jokes of Nerdist Podcast co-host Jonah Ray are also on the bill.  And, like the music side of things, most of Houston’s A-List comics will also be performing.   Bob Biggerstaff, who’s been on HBO, Comedy Central, and Last Comic standing, will also make everyone laugh.  According to Price, “the event will host thirty comedians in two days.  Big festivals like Fun Fun Fun and Bonaroo have infused their lineups with comedy, and I think it’s a great idea that will work well locally.  Of course, our festival won’t be as big as those fests, but I think the time is right and Houston’s ready for something like this.”

The fest also plans to add many more performers not listed at press time.  According to those involved, the tickets will be $55.00 for a two day pass.  For less than sixty bucks for two days of music and comedy, you get a pretty great deal.  With gates opening at noon on both days, and acts staring thirty minutes after, the fest should be a pretty solid mix of entertainment for the money.  With the mix of Andrew W.K., Rebirth Brass Band, and The Queers as part of this on the music side coupled with a crazy lineup of comics and a performance from Houston’s Dem Damn Dames; I’d suggest grabbing your tickets as soon as they go on sale, because this will more than likely sell out fast.