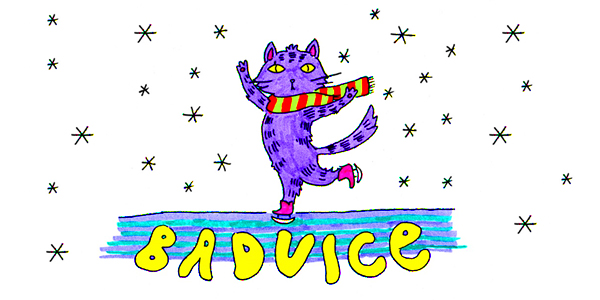 Broke around the holidays. I’m broke and can’t buy gifts for anyone. What should I do?

Here’s the thing: Christmas is the same date every year. Stop blaming being broke on not having gifts for people and just admit that you’re either a cheap ass, totally selfish, or just so bad with personal finances you’re embarrassing yourself.

If you’re broke because something terrible came up and you had to use your money to fix the problem, tell your friends/ family that. They will understand, because isn’t that what Christmas is all about?

Gift for my gf hasn’t been shipped yet and I’m starting to freak out. I found this really bad ass gift online for my gf. I’m pretty sure I’m going to win this year with it, but I haven’t received a confirmation about whether or not it’s shipped. I spent a lot of money on this gift, and can’t really afford to get something else. I’m not worried that they aren’t sending it, I’m worried that it won’t get here in time. What should I do?

Tell your girlfriend it will be there as soon as possible. If she trips out about it, give her the gift of the single life for being such an ungrateful cunt about it.

I’m a dude and I’m wondering how do I not feel like a pussy while ice skating?

I’m assuming you’re not very good at ice skating and that’s the only reason why you feel like a pussy because, I mean, look at hockey skaters - they do not look like pussies on the ice. So, bring a young child with you. Then you look like a good dad. Women will coo. If you can’t bring your own young child, just lurk around the ones that are already there.

Where to get weed on Christmas Day? Every Christmas something comes up and I have to find weed.

Find a drug dealer whose family disowned him for being a drug dealer. He might be alone on the holidays and would really love some company. If you’re not feeling like budding up to him,  stop procrastinating and handle that shit before the day.

As I mentioned earlier, Christmas is the same date every year. Why does everyone act like it’s a big surprise when it comes around?

How to not go crazy with all this old shit Christmas music?

Look, the songs don’t suck, your memories do. Sorry your dad called you a failure when Jingle Bells was playing, but it’s not Jingle Bell’s fault. Or you could check out the EXCLUSIVE FPH Holidaze mix (and five other mixes, free to download) by Matt Sonzala.

My car was broken into and all my gifts (among other things) were stolen. What the fuck should I do?

Take a picture of your broken-into car and turn it into a Christmas card with the line, “I tried!”