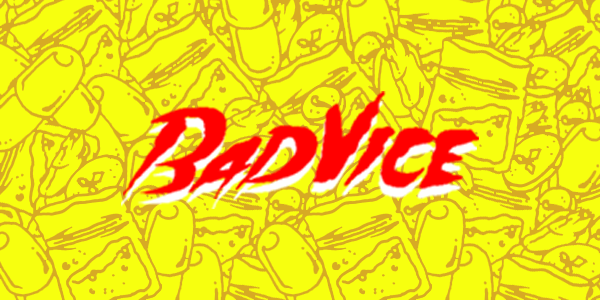 i’m 28 years old and “common law”married to a woman i really love. we have no kids and she doesn’t mind that i’m always drinking and still enjoy skateboarding.i work and pay bills.the question is how do i get my mom to stop asking me to change my lifestyle and give her grand children every time i visit?

You tell your mom that you went to a fertility clinic and found out that either you, or the woman you love, are unable to bear children. Act devastated about the news. If she ever brings it up again, let her know that it’s something you have come to terms with; however, you don’t want to discuss it because it pains you. Hopefully she’ll drop it, and then she’ll stop asking you to change your lifestyle too because she will feel bad about your situation. Then, when/ if the time comes that you decide you do want to have children, tell her and your child will be even more of a miracle baby that your mom will be super stoked.

What do I do about my drinking problem? Recent developments have led me to believe I have a drinking problem. I routinely spill beer down my face and into my lap while I’m trying to text and drive, and it’s becoming a major distraction. What should I do?

I get that you’re probably joking and trying to be funny. “TRYING” being the key word. However, joking about spilling beer down your face into your lap whilst texting and driving is no laughing matter. Today someone posted on the ol’ internet that they were involved in an accident that left them in a poor state because someone else was drunk behind the wheel, and actually had to remind people that drinking and driving (especially on St. Patrick’s Day) is a fucking no-no.

If you sent this question in seriously and you want advice… I recommend you drive to your local police station and turn yourself in now so none of us have to deal with your dumb ass being on the streets. Go ahead and just speed up the inevitable. We’ll all be thanking you for it.

Look Ma No Hands! Is this weird? I have literally never gotten off without being the one to touch myself. Head? Feels great. Doesn’t quite get me there. Sex? Awesome. I need at least one hand free if I’m going to sploosh. My longtime boyfriend has started expressing frustration that he can’t get me off on his own. I tell him: relax, I have literally never been able to orgasm without touching myself. He takes it as some kind of statement about his prowess in the bedroom. Truthfully, it would be great to come without having to work for it. But after like 20 minutes I’m just chafed and irritated (like, psychologically and physically) and I’m ready to snap them panties right back up. Any advice? Am I a total weirdo?

Is this not kosher? I noticed in your last column you touched on where to get certain drugs. What about all the others? I don’t want cocaine. And go… please.

Part of the fun of doing drugs is scoring them. Good luck out there. Stay away from the shit your friends will judge you on (crack, heroin, pcp, etc.)

Belly Fat: How do I get rid of this shit? Why can’t my stomach look like all the bitches stomachs wearing crop tops? I don’t want to wear crop tops but I want the option to do so without looking like someone’s Uncle Leroy walking through the local Walmart on a Friday night. Sigh… I’m a fat Uncle Leroy. And sorry to all your fans who wear crop tops. I’m a jelly (literally) jerk. If you say “crop tops” over and over again it begins to not sound like a word. CropTop. FlipFlop. PitStop. FlatTop. MatchBox? I forgot why I came here. Oh yeah, I’m fat. Speaking of which, do guys like fat girls? I’m pleasantly plump not morbidly obese but this spare tire has made it almost impossible for me to wear cute clothes without feeling insecure that everyone is looking at my gut. Should I name it? Idk man, any tips would be appreciated. Sincerely, about to develop an eating disorder but literally can’t because I love food.

Dear About to Develop an Eating Disorder but Literally Can’t Because I Love Food,

Here’s the thing… Shit or get off the pot. If you want to lose weight, guess what, healthy eating and exercise is the way you do it. If you want to continue your lifestyle and enjoy the pleasures of snacky bullshit, do it, but understand that you’re choosing that and gain some fucking confidence. See, there are guys that only like skinny girls, guys that only like fat girls, but there are also guys that only like confident girls. So, fuck it, name your gut. Wear cute clothes. Enjoy your food. Also, get over yourself. Not everyone is paying attention to your insecurities. They’re probably stressing out about their own…

Also, in my opinion, crop tops only look good on girls who have skinny waists and no boobs. I’d rather have a nice set of tits than a couple crop tops I can wear until it dies out of fashion again.

Hey Badvice, if you could have sex with anyone, living or dead, who would it be?