Experimental Music in Houston — A Primer 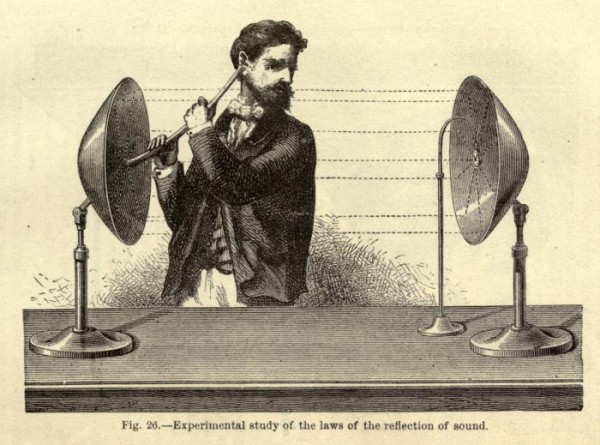 It is not the sort of thing you would want to dance to, nor even the sort of thing to leave in the background as you talk with your friends or try to charm someone. Experimental music is for deep listening because after it is finished you will want to know the results of the experiment. Did you feel it in your gut? Your spine? Perhaps just above the top of your head? Did you imagine a forest, mountains, or something more urban? Was it busy like a freshly kicked ant bed or more textural like swimming in an ocean of coffee beans? Do you think you felt what the artist wanted you to feel? Did you like it?

Not all art is for liking, but the reasons you may not like something can be at least as compelling as the art itself. Consider paintings in a gallery that make you face demons you’d been ignoring. Experimental music can be like that. If you get something out of it, then the experiment was a success. The audience, therefore, is studiously attentive, sometimes with their elbows resting on their knees, perhaps with eyes closed, carefully trying to find the needles hidden in the sonic haystack.

Sometimes there is a visual component, but often there is not. You may sometimes see a portable audio recorder placed on an acoustically advantageous chair. Many of these pieces have never been heard before and will never be heard again, so recording the show is not usually a problem if you don’t mind making copies for the rest of us. Just try not to distract others and remember: if you are fiddling with your technology the whole time, you will miss the actual show.

After about twenty minutes or so, the sound will stop, often without warning and sometimes abruptly. Ending cadences are not currently in fashion, so members of the audience typically remain motionless for a few heartbeats after the performance has descended into silence, and for these few seconds, like the ones after the penultimate move in a game of Jenga, we begin to wonder if the experiment is complete. Eventually, by synchronicitous agreement, it is determined that the fragile tower of silence is not going to crumble, which signifies that the piece is over. It is now safe to applaud, get another drink, or socialize until the next piece begins.

As the name implies, experimental music involves a search for truth, but the experiment you conduct depends on the kind of truth you are looking for. There are approximately two factions contributing here. One is a descendant of the classical tradition in the sense that it continues the quest for the purest and most complete sound. These artists are the soundscape cartographers: the electronic musicians.

I am sitting at Khon’s listening to Paul Connolly as he debuts his new piece called Seasons. Paul is dressed in traditional stagehand black, his face lit from below by the glow of his computer screen. To his right is a sturdy black trunk with chrome metal corners filled with all manner of patch cables, push buttons, LED lights, and the mysterious sound equipment they belong to. My mind wanders for a moment, and I begin to wonder how much of the show is live. After thinking about it for a minute, I arrive at a speculative 80%. He is a chef to me, sautéing the chopped vegetables and stirring the prepared sauces, spooning each ingredient out in appropriate portions and wiping the rim of the place with a clean towel, but I will never know his recipe. The contents of the laptop screen and the configuration of the knobs and cables is traditionally a closely guarded secret of the electronic musician. What this ratio of live to Memorex is, or even whether it should exist, is an all too common question or topic for debate, but pursuing this angle exclusively does not further an understanding of the piece, so when I reach this point in my internal dialogue, I just close my eyes again and resume focusing on such things as quality and meaning, which Paul always provides in spades.

The other group of experimental musicians have arrived from the direction of jazz. This kind of thing is sometimes called free jazz because if you don’t know what it is, then it’s jazz, and “free” because there are no rules about anything except to just be in the moment. I learned this explicitly one evening at the Jenner House after listening to a set that included Damon Smith who, instead of playing his usual acoustic double-bass, was playing a very concise electric version of that instrument which was connected to an array of effects pedals. After the performance, I committed the faux pas of asking him, with reference to his electronic equipment, about his ratio of performed to sampled music, and his face became very serious. He told me emphatically that he does not do samples, and every sound I heard him play that evening was the direct and immediate result of his efforts onstage. This was a long time ago, and I have forgotten his exact words, but their spirit remains with me and informs my own work. For people like Damon, the performance is the experiment, and seasoning it with recorded material compromises the results. Free jazz musicians will respond mid-solo to a passing ambulance, a barking dog, or dishes clattering in a bus tub. Because their fellow players follow neither rhythm nor key, they have to be ready to roll with any punch and play something that fits with whatever they hear. We think about how the performers are communicating and how the different instruments are complimenting each other. Is it a conversation or just some people playing stuff at the same time?

With experimental music there is always a risk that it won’t work. This element of chance suffuses the atmosphere and gives the genre its power. If the electronic experiment fails, you won’t feel what the artist wants you to feel. If a free jazz experiment fails, the music will cease to resonate with the ambient mood and our collective unconscious until the players manage to haul the performance back into harmony with the universe, or perhaps just stop playing. It should be added that there is also a great deal of mixing, as the two groups typically go to each other’s shows or perform pieces together, but in any case there is always suspense about the outcome. Music had always been safe before. Either it was a cover or a well-rehearsed original, and there was always a degree of certainty that the piece would follow certain baseline expectations about music. At these shows, however, when music and meaning erupts spontaneously from a substrate of white noise and nothingness, the result is miraculous.

The idea of real uncertainty is gaining popularity these days. We see it in everything from politics to the weather, so it is no surprise that it is turning up in our art. Another thing to consider is that it cannot be mass-produced. A performance may be recorded, but its relevance to the moment it is performed in (and whether the piece comes together and makes sense) cannot be duplicated any more than the forever dissipated suspense leading up to past sporting events. For that level of experience, it is necessary to attend the experiment in person.

2 Responses to Experimental Music in Houston — A Primer