Leon casino, “I always thought I would be an Italian director who found success in America, but it happened the other way around,” Roberto Minervini says to Free Press Houston in a phone interview.

Minervini lives in Houston, where his wife is from. His career path has taken him from his native Italy, to attending the New School University in New York City, to teaching film abroad, to making small independent films in Texas. Minervini must be doing something right because his latest film Stop the Pounding Heart won the Italian equivalent of the Oscar, the 2014 David di Donatello Award for Best Documentary.

Only Minervini doesn’t necessarily view his film as a pure documentary. Working with different families in rural settings over the course of three films, Minervini “took creative license” with his characters and “borrowed narrative conventions,” to bind the plot together. Two other films by Minervini, The Passage and Low Tide, contain some of the same characters as Stop the Pounding Heart.

Minervini studied under famed filmmaker D.A. Pennebaker at New School. Minervini’s process of observing the people in front of the camera unwinds without judgment, and lets the audience draw their own conclusions about the characters. 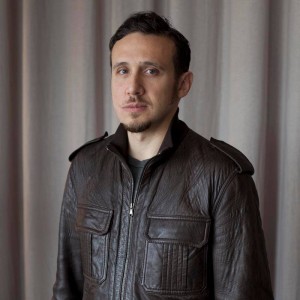 Minervini describes his characters as “people who struggle to make ends meet.” In Pounding Heart we observe the day-to-day routine of the Carlson family who raise goats and sell cheese at country markets, and the Trichells, a more traditional cowboy family who raise and ride horses in competition. In particular Sara Carlson finds herself attracted to rodeo rider Colby Trichell.

Stop the Pounding Heart will screen at the Museum of Fine Arts, Hosuton this weekend, Friday, August 8 and Saturday, August 9.

At the Friday night show Minervini will host a Q&A and promises to welcome the entire Carlson family (they have 12 children) and five members of the Trichell family, all of whom will be present.