Leon casino, I realize the purpose of being a film critic is to hip people to the potentiality of the movie du jour. There are like 117 films opening this weekend. Even hardcore cinema mavens usually draw the line at a couple of three films a day. 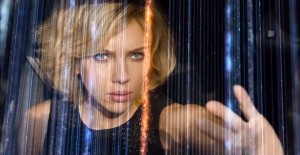 Some of the films opening this week include studio fare like Lucy, and Hercules. And for the record that’s actually the second Hercules movie released this year (the other was The Legend of Hercules). So far this week in Free Press Houston we’ve had articles on I Origins and Life Itself and the QFest and that festival’s screening of Voyage of the Rock Aliens.

There are films that have no publicity machine or inclination for same, like Very Good Girls a one-week lock-in wonder wherein Dakota Fanning and Elizabeth Olsen make a pact to lose their virginity. There’s a film called The Puffy Movie and I swear it is not about a pillow. Rather it’s a stand-up comedy tour film featuring Gabriel Iglesias of Hot & Fluffy fame. 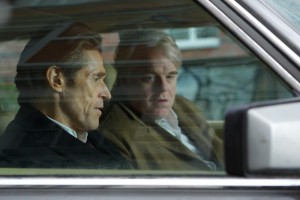 And So It Goes – directed by Rob Reiner, and it’s one of his best efforts when you consider his hit and miss track record of late. Michael Douglas and Diane Keaton are in their game, and deliver the goods. A good time is had for all. Douglas is a curmudgeon and Keaton sings jazzy songs in pubs.

Premature – a sex farce set in a high school milieu that in a roundabout way reminds one of ‘80s era high school comedies, not the least would be the 1987 Three O’Clock. A young lad relives the same day over and over until he meets the girl of his dreams. Raunchy in tone, our hero wakes up every day in throes of a wet dream. Premature is the kind of film I wish I could’ve seen when I was 16. The constantly occurring events start with a jizz-filled bed being discovered by the protag’s mother. It’s like the clock in Groundhog Day being coupled with Sonny & Cher’s “I’ve Got You Babe.”

A Man Most Wanted – spy thriller in the John le Carré mode. Think The Spy Who Came In From the Cold or Tinker Tailor Soldier Spy. We all know what happens in le Carré adaptations, the good guy always gets fucked over by the system. Director Anton Corbijn always has an unique take on events (Control, The American) and he realizes current day spy department bureaucracy is bereft of human intimacy having replaced that concept with electronic surveillance.

Even more so, seeing Philip Seymour Hoffman act in a lead role, and he naturally nails his performance, had me recalling his previous roles, some beckoning the viewer to return. Like Before the Devil Knows You’re Dead. This last film from Sidney Lumet has Hoffman and Ethan Hawke (currently shining in Boyhood) as brothers who rob their parent’s strip-mall jewelry store. Hoffman in Almost Famous and Pirate Radio are not far behind in the queue. In Before the Devil, Hoffman’s character shoots up heroin. Of course that’s how he died in real life.

For his role in A Most Wanted Man, Hoffman utilizes the frantic motions of stressed workaholics – constantly smoking and continuously plotting. Hoffman plays a spook that’s been marginalized and though he has jurisdiction in his investigation he still has to kowtow to the powers that be (CIA, INTERPOL). Everyone involved, and it’s a dream cast, uses those mock Euro-accents so popular in English language films. When Hoffman appears it’s like he burst into the picture, so intense is his concentration. Everyone else just seems to already be in the frame. Hoffman gives so much in this film it’s like he spent himself and he has no more to give.