Leon casino, I could see how some people would consider 300: Rise of an Empire a violent film. And yes there’s blood galore. But when you chop somebody in half with a broadsword you don’t have a gallon of blood splattering out like somebody tossed an open paint bucket in the air. Yes, this is the anatomically correct forensic bloodstain review of 300: Rise of an Empire. 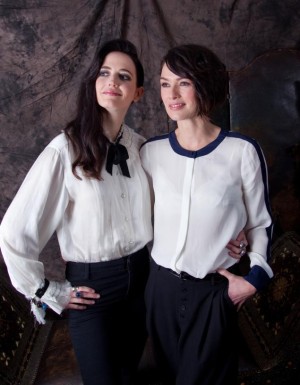 You know that Philippe Halsman photo from the 1950s of Salvador Dali where Dali is jumping in mid air and just on the edge of the lens, out of sight, people are tossing a jug of water and a couple of cats into the photo? That’s what the violence in 300: Rise of an Empire reminded me of. This is not a film about bloodletting but rather a film about fucking and killing.

In what has to be one of the greatest grudge fuck scenes in movie history the incredible Eva Green (she should be in every historical epic movie made) as Artemisia and Sullivan Stapleton as Themistokles get it on at the mid-point of 300: Rise of an Empire and then duke it out to the death in the movie’s penultimate scene. “You fuck better than you fight,” Green sneers. And she’s right; he is after all familiar with the Spartan code of sexuality. If I recommend this film at all it’s for the way in which Green and Lena Headey (as Queen Gorgo) cock block the testosterone on display. 300: Rise of an Empire opens everywhere Friday.

In Fear deserves kudos for escalating the scary factor. In this UK thriller the entire film mostly takes place in a car as a couple drive around in circles being terrorized by unknown forces. Alice Englert (daughter of helmer Jane Campion) stars with support from Iain De Caestecker and Allen Leech. The film opens with a couple embarking on a whimsical, idyllic drive through the woods. But they spend the entire first reel getting lost. When they finally think they’ve found the right path they find themselves right back where they started out at the beginning. You don’t need to know much else save for the fact that In Fear is a round trip ticket to cinematic excitement. In Fear opens exclusively at the AMC Studio 30 on March 7. 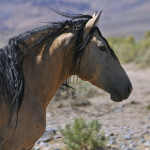 A couple of other exclusives opening this weekend include The Bag Man starring John Cusack and Robert De Niro at the AMC Gulf Pointe 30 and the 3D horse documentary American Mustang at the Edwards Marq’E. Regarding the former avoid at all costs; it’s a career low for all talent involved.

American Mustang examines wild horses in the great wilds of North America and how the Bureau of Land Management periodically rounds them up and either destroys them or sells them for food. As you would expect for an animal doc, American Mustang features spectacular photography of equines running free. We also see cultural references to Mustangs such as the cars Steve McQueen and Will Smith drive in Bullitt and I Am Legend, although the scene in Omega Man where Charlton Heston drives a Mustang out of the showroom through the dealership window wasn’t used. American Mustang writer/producer Henry Ansbacher will intro the film and answer post-screening questions at the March 7, 5 and 7 pm. screenings.

One Man’s Trash is Another Man’s Hobby