Houston Hades: The Best of The Week 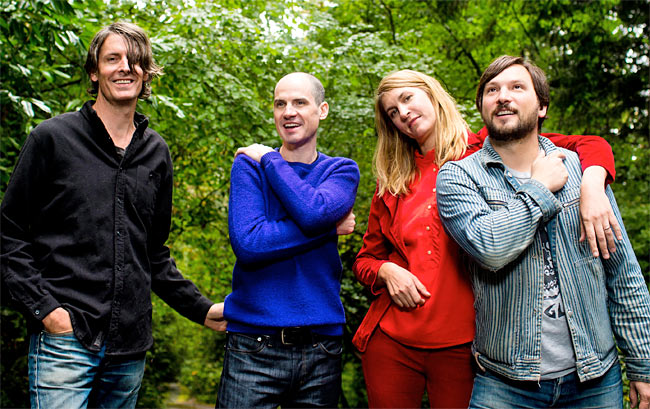 Leon casino, This is one of those weeks where we can all be happy.  There’s stuff for the kids, stuff for the elders, and comedy for us all.  I promise that there’s stuff here that you won’t want to miss.  Unless of course, you want your friends to exclaim what you missed out on after the fact.  Here’s what you should be doing this week, dinner plans excluded.

For those of you in the know, there’s some good stuff going on with this guy, Com Truise.  EDM? Dance music? Electro-pop?  I have no idea how to describe the genre in which it exists, but we can at least agree that good is good, and Com Truise is good.  Whether you call him Com Truise or Seth Haley, with chops like remixing a Daft Punk song, making it onto the Adult Swim Singles Club, or just dropping acid drenched synths atop a funky beat; it’s a show worth making it out for.  It’s a downstairs affair over at Fitzgerald’s on Thursday the 6th.  LA’s Phantoms open things with their Kraftwerk-like sounds.  The doors are at 8:00 and tickets fall between $12.00 and $16.00.

If that isn’t enough electronic music for you, you can head upstairs at Fitzgerald’s for FREE if you’re 21 & up, and $5.00 if you’re under for an array of Houston based electronica.  FLCON FCKER, Pffanfenberg, DAED, Stephen Farris, and Josiah Gabriel will all be funking up the upper level of Fitzgerald’s with their electro-harmonic sounds as well.

On Friday, we get a real treat at Fitzgerald’s, as Stephen Malkmus breezes into town on the heels of his latest album.  The oddly titled Wig Out At Jagbags  is just the latest great offering from the former Pavement frontman.  I was a massive Pavement fan, and usually when lead singers go out on their own from a great band, it’s a disaster.  Such is not the case with Malkmus, in that all of his post Pavement albums have been stellar; especially these last two.  Jagbags picks up where the Beck produced Mirror Traffic from 2011 left off, with great hooks laced with quirky riffs and oddball lyrics.  This is a definite must see show for anyone who wants to see one of the best performers of the indie rock world prove that someone’s heyday isn’t always in their past.  If we’re lucky, we’ll get to hear the tale of what the song “Houston Hades” is all about.  The psychedelic lo-fi rock sounds of Philadelphia’s Purling Hiss get things started off right, with doors at 8:00.  Tickets range between $22.50 and $27.50, and are worth every penny.

Downstairs at Fitz on the same Friday night, you can see Houston’s Knights of The Fire Kingdom for FREE if you’re 21 & up, $5.00 if you’re under 21. For those of you who aren’t aware, Knights’ are slotted to release a new album very soon, and as someone who’s heard it, I’ll just say watch out.  It’s a good mix of Rocket From The Crypt meets Foo Fighters, with the melody of Loverboy mixed in, in the best way possible.  The showmanship of Knights’ matching outfits a la RFTC should make for a mayhem fueled rockstravaganza of epic proportions. The pop sounds of College Station’s Ex-Optimists,  and the Samiam-esque sounding Holder are on the bill as well.  The doors are at 8:00 with Midnight Norma Lane opening soon after.

Also on Friday, you can make it over to Beta Theater for Jaffer Khan and Friends.  Jaffer is one of Houston’s funniest and newest comedians, and he’s hosting an impressive list of fellow comedians as well.  There’s a 7:00 and a 10:00 show, and both are pay what you want; meaning, be cool and give them more than pocket change.

The comedy train keeps going on Saturday March 8th, where you can be a part of history, as Brian Zeolla hosts two shows for his EP recording.  The Ok, You Got It show at Beta Theater, will be recorded for a future EP release.  There are two shows, one at 7:00 and one at 10:00, and each carry a measly $5.00 ticket price.  Brian is easily one of the nicest guys you’ll ever meet as well as one of the funniest.  You should definitely make it out for this one, so you can say you saw him before he got famous.

First on Sunday, you can catch one of the more interesting bands to come through Houston in a while, with Yellow Ostrich.  They have a strange pop based melody throughout their indie rock meets electronica sound that’s a little endearing.  Their most recent album, Cosmos is one of the most catchy theme based albums you’ll hear all year.  They’ll be playing the downstairs room at Fitzgerald’s with the simplistic and innocent sounds of pop duo Pattern Is Movement.  The doors are at 7:00 and the price falls between $12.00 and $16.00.

On Sunday, the Houston Food Park, or Meridian’s old parking lot, will host a slew of food trucks and local bands.  The “Listen Up” event will feature music from the likes of Fox & Cats, FLCON FCKER, and Children ofPop to name a few. The event is FREE and runs from 11:00 am to 8:00 and features a bunch of different food from various food trucks.

Also on Sunday, you can make it over to Warehouse Live to hear the soulful voice of folk pop singer Lily Kershaw.   Her debut album, Midnight In The Garden, echoes similarities to Fiona Apple and Regina Spektor.  She’ll be in the small room with 7:30 doors and a $7.00-$9.00  ticket price.

If you didn’t have enough options on Sunday, there’s also the Poor Pilate show over at Walter’s.  Fans of the band’s liquor drenched melodies, will be happy with the line-up, as the poppy sound of out of towners The Cold Start are also on the bill.  The show is rounded out with the well rehearsed pop rock of Houston’s Brand New Hearts opening the evening, I think.  The facebook page for the event says that there are advance tickets, for $8.00 through stubwire, and there are  varying versions of the order of the line up. It appears that the doors are at 8:00 and the price will be $10.00 on the day of the show.

If you’re a fan of Wild Flag and Helium, then you should definitely make it over to Mango’s on Tuesday the 11th, as Ex Hex featuring Mary Timony will be playing.  Merge Records have yet to release the full length from the band as of yet, but if what we’ve heard is any indication; this should be a great show to make it out for. The chaotic sounds of Syracuse’s Perfect Pussy and the synth heavy Hooked Rugs are on board as well.  Ohio’s lo-fi and hook heavy Connections get things started with a $10.00 cover and doors at 8:00.

It seems like all of your bases are covered this week.  You can laugh, get down, get fed, and even make history if you’re lucky.  You have no excuse to say that you’re bored, or that there’s nothing going on.  When we have weeks like this, it’s a wonder why anyone would live anywhere else.