Five Years On: Bryan Parras on the Deepwater Horizon Catastrophe

Bryan Parras is a Houstonian and an environmentalist. In 2005, he helped found Texas Environmental Justice Advocacy Services (TEJAS) with his father, Juan Parras, who has been fighting what oil companies do along the Gulf Coast for over thirty years.

Bryan has a unique perspective on the British Petroleum Deepwater Horizon disaster, and not just because he shares his initials with BP. In 2010, Parras was hired by an academic research team to serve as their community liaison as they conducted an academic survey of Gulf Coast communities affected by the spill.

Parras has seen it all. He’s been out measuring levels of oil and dispersants in the open Gulf, he has been among the gators and the skeeters tracking sludge in the swamps and marshlands, he’s heard testimony at community meetings in elementary school cafeterias, and visited hospitals where injured workers lay.

Bryan’s efforts, along with his colleagues’ at TEJAS, can be found in their semi-regular updates in Free Press Houston, but for the upcoming fifth anniversary of the British Petroleum Deepwater Horizon disaster, Managing Editor Harbeer Sandhu conducted this interview with the “other” BP, our own Bryan Parras.

What do British Petroleum, along with state and federal regulatory agencies (such as the Environmental Protection Agency) say about the current state of the Gulf of Mexico, post Deepwater Horizon?

On March 2, 2015, British Petroleum (BP) released its report on the 5 year anniversary of the Deepwater Drilling Disaster entitled GULF OF MEXICO: ENVIRONMENTAL RECOVERY AND RESTORATION. BP’s introductory messages proudly states that “Five years of investigation: the Gulf of Mexico is rebounding.” This is the conclusion drawn after the culmination of 240 studies that have been conducted to date at a cost of $1.3 billion. To date, this is the largest environmental assessment ever performed by Natural Resource Damage Assessment.

The general tone of the report is one of optimism, with a little finger pointing but overall complimentary of BP’s actions. The report is illustrated with sunsets, baby oysters, a dolphin emerging from the water, action shots of cleanup efforts and a picture of a Gulf Coast microbe munching on a droplet of Macondo oil. The final assessment is ongoing but the following are a few of the major conclusions published in BP’s report.

“A substantial quantity of oil dissolved, evaporated, biodegraded, photo-oxidated or was cleaned up as it traveled from the wellhead to the surface and then the shoreline,” the report states. Environmental impacts were mitigated by several factors like the location of the spill, the type of crude and of course their ‘highly effective’ response that minimized the amount of oil that reached the shoreline, and site specific cleanup efforts.

The report is quick to remind us that Gulf species are resilient and able to adapt and rebound from environmental disturbances and points the finger at other stressors that plague the region that should be taken into consideration when looking at the overall health of the Gulf.

The report concludes that the majority of the environmental impacts occurred immediately after the “accident,” near the wellhead and along oiled beaches and marshes. The areas that were affected are recovering and there is no indication of long-term impacts to the population of “any” Gulf species. Fish and shellfish populations in the Gulf of Mexico did not experience significant, long-term harm and there is no evidence that the spill harmed Gulf marine mammal populations.

In fact, Gulf seafood is among the most rigorously tested seafood on the market every sample tested was found to be well below FDA levels of concern, with 99% of the samples showing no detectable residue.

The report is conspicuously quiet on the topic of human health. It does not address the health of thousands of cleanup workers, coastal communities, children and Vessels of Opportunity (VoO) operators that have since become sick. The report does include two reports from the Interagency Operational Science Advisory Team (OSAT).

As you would expect, most of these claims fall flat after looking at overwhelming evidence to the contrary.

How do your own observations compare with official assessments?

British Petroleum’s report reads more like a legal brief than an actual assessment and self-selects a series of studies that belie the truth.  Unfortunately, for those living on the coast, the reality is not so pretty. The environment continues to suffer, communities continue to struggle economically, and the oil, like the impacts, will be with us for some time to come. Thousands continue to suffer from health impacts that have not subsided since cleanup efforts began. The presence of life in the Gulf is not a sign of its resilience but its desire for justice.

Countless numbers of people were poisoned when BP carpet-bombed the Gulf Coast exposing cleanup workers, coastal communities, fishermen, unsuspecting tourists, and the environment to unprecedented amounts of Corexit. Whistle blowers and critics of BP who suffer from debilitating health impacts have been targeted, criminalized, harassed and threatened. Many have died prematurely, and an overwhelming amount of stress continues to plague communities to this day. Not one health claim was ever approved through BP’s Gulf Coast Claims Fund.

The seafood industry is not in full recovery and back to baseline levels as BP suggest.  Shrimp, Crab and Oyster landing reports are all down. Boat captains, processors and small business owners struggle to climb out of debt due to inadequate compensation from BP’s Gulf Coast Claims Fund and meager catches. The oyster industry has been particularly hit hard in Plaquemines Parish.  In Barataria Bay, dolphins continue to wash up, and tar balls continue to wash up on Grand Isle.  Meanwhile, communities across the Gulf continue to report long-term health impacts associated with cleanup efforts along the Gulf, and are unable to seek treatment.

In a scathing rebuke of BPs report, The National Oceanic & Atmospheric Administration published its own response, stating that “BP misinterprets and misapplies data while ignoring published literature that doesn’t support its claim…”

Over a week after BP’s report was released, the company had to admit that it was in the process of recovering a 25,000 pound tar mat off the Louisiana coast.  In fact, they had started the cleanup Feb. 23, but failed to mention that in their report or during its release.

A month before that, in January, researchers at the University of Florida found up to 10 million gallons of crude oil from the Deepwater Horizon on the bottom of the Gulf of Mexico. There, it threatens wildlife and marine ecosystems because of slow decomposition due to less oxygen in the water, Live Science reports. Lead researcher, Jeff Chanton goes on to say that “It might be there for a long period of time, a little reservoir of contamination.” Moreover, the oil may cause tumors and lesions on underwater animals, research suggests.

The environmental impacts are extensive, and a true picture of the complete impact may never be known.  What we do know is that the devastation is far worse than British Petroleum is admitting. Florida to Texas, environmental impacts persist and will continue well into the future.  These are a just a few examples.

In April 2013, the Government Accountability Project released Deadly Dispersants in the Gulf: Are Public Health and Environmental Tradedies the New Norm for Oil Spill Cleanups? The report concludes that BP sprayed unprecedented amounts of Corexit into the Gulf, making the oil more toxic, more abundant and bioavailable. Outspoken critics and whistleblowers of BP who suffered health impacts were routinely “spied on and harassed” by BP and its subcontractors, including home invasions and confiscation of their trash. 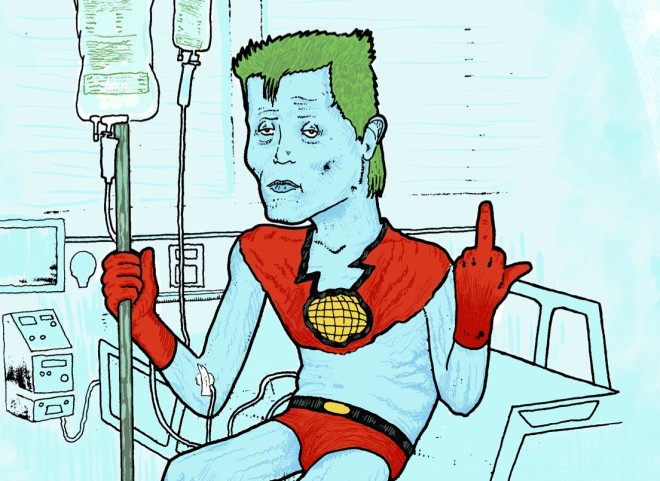 Ok, well, what’s done is done — we can’t change the past, right? But surely things must be different. New safety protocols have been put in place, and they’re being followed and enforced, so we can feel safe knowing there won’t be any repeats, right?

No. In July 2004, the U.S. Chemical Safety Board (CSB) released the final report on its investigation into BP’s Deepwater Drilling Disaster. CSB found that “the blowout preventer intended to shut off the flow of high-pressure oil and gas failed to seal the well because drill pipe buckled for reasons the offshore drilling industry remains largely unaware of.”

“This results in potential safety gaps in U.S. offshore operations and leaves open the possibility of another similar catastrophic accident,” according to lead investigator Cheryl MacKenzie.

Deepwater drilling continues unmitigated in the Gulf of Mexico, and no new safety regulations are likely to happen in the near future. Neither industry nor government have addressed concerns in the CSB report.

In a recent decision by U.S. District Court Judge Carl Barbier, BP was not found grossly negligent in its planning or preparation for a deepwater blowout or oil spill.  This, despite evidence that BP knew of its shortcomings, lied about its ability to deal with a deepwater blowout in the first place, and cut corners on safety to save money.  In an article published in Rolling Stone, Antonia Juhasz covers these issues and more, calling U.S. District Court Judge Carl Barbier’s ruling misguided.

Meanwhile, the White House announced that it was planning to open parts of the Atlantic Coast  for oil and gas exploration while imposing more restrictions off Alaska’s North Slope in a game of political cat and mouse.

BP is a repeat offender and has already killed hundreds. Here in Texas, we are also remembering the 10th anniversary of the 2005 Texas City Explosion, where 15 were killed and 170 injured at a BP refinery.  If BP can get away with Deepwater Horizon and Texas City in the U.S., imagine the carnage abroad. From the Niger Delta to the Amazon to the Candian Tar Sands, the fossil fuel industry refuses to clean up its mess and continues to operate with impunity.*

So, what can people do? If our government is in bed with industry and everybody is lying to us, where can we go to learn the truth and what can we do to change things? 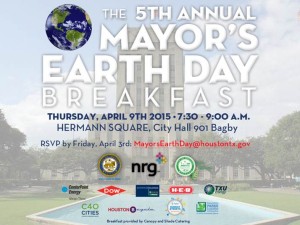 Don’t be a fossil fool and participate in marathons promoting oil and gas companies. Boycott events and programming sponsored by the fossil fuel and petrochemical industry. We can’t allow the fossil fuel industry to greenwash its image by sponsoring our family events. A recently published report, PICTURE THIS - A Portrait of 25 Years of BP Sponsorship from the UK based non-profit Platform, asked the question, “How bad does a company have to be before an arts organization refuses to be associated with it or take its money?”

Use your smarts for good. You don’t have to look far away places like the Amazon or the Arctic to get involved and help save our future on this planet. What do you really know about the place where you work? How do the spaces you inhabit contribute to unmitigated climate change? Wake up and be a conscious participant in your own community.

Organize. There are plenty of people working and fighting for change along the coast that need our support.  Lend a hand where you can. If you truly love Gulf Coast food, culture, and country, then help protect it.

We deserve better. Across the gulf, people are coming together and speaking out. The Gulf South is rising.  Be a part of the future. Read Bridge The Gulf and follow #GulfSouthRising for more details.

*Here is a list of other incidents in the US since the Deepwater Horizon disaster just in case you missed them.

October 2012- Derailed tanker burns in KY. With no end in sight

On the Gulf Coast, residents have started to organize and its in large part thanks to BP and the thought of another environmental disaster.

Brilliant Boy: The Best of The Week

The Flood, In Photos

ART TO ADD TO YOUR CART