Wild in Houston: An island in the lake at Hermann Park 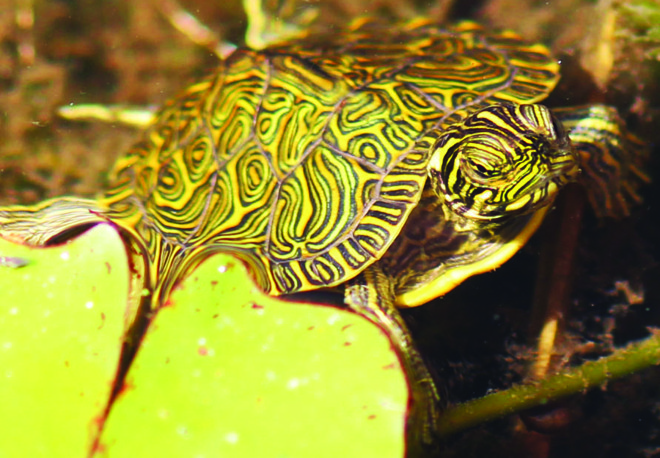 Sprang! One of my favorite locations to watch the season unfold is very close to the heart of the city at Hermann Park. From the Sam Houston statue, walk past the Reflection Pool and Japanese Garden, and then take a right over the pedestrian bridge spanning McGovern Lake. Believe it or not, you are now on an island surrounded by a slow, meandering waterway teaming with life. Two other islands occupy the lake, but there’s no pedestrian access as they’ve been set aside for wildlife, especially migratory birds. Keep to your right as you walk ahead and you’ll see that the lake flows under the bridge and veers to the left. Follow its bank around all the way and you’ll find yourself near the playground and fishing pier. You may now venture off the path and approach the water, but tread lightly, as here be denizens light of foot, wing, and feather.

Everywhere you look, something is happening. Yellow-crowned and Black-crowned Night-Herons wait along the treelined shore like feathered statues. Staring between the reeds and waterlilies with amber-beaded eyes, they survey the waters for an opportune fish. Butterflies? Every kind indigenous to Houston. Everywhere. Blink and you’ll miss the metallic cobalt-blue damselflies as delicate as sewing needles, while the dragonflies are impossible to overlook. Dashers, Emperors, Skimmers, Saddlebags and other Odonata hunt small flying insects and defend their territory with aerial stunts man has yet to recreate through machinery. I’m stoked about their return, if that’s not already apparent. 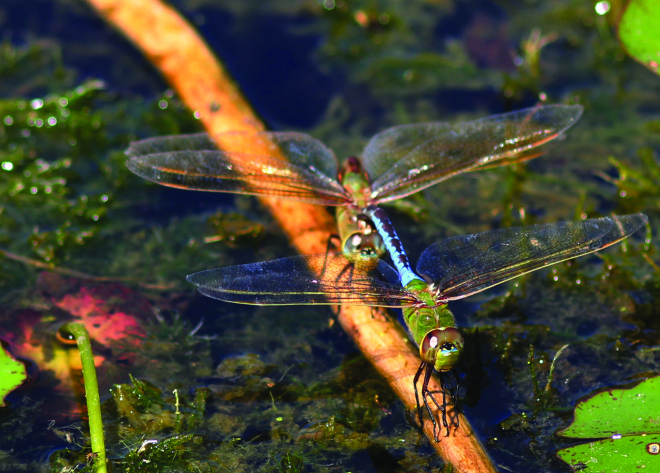 Red-eared sliders and snapping turtles share the lake with other fauna like bass, perch, nutria, ducks, geese, and large congregations of cormorants. In the grassy areas, rabbits graze on tender twigs, fairly unfazed by the sight of a human, and the squirrels are abundant and sometimes friendly to the point of being overbearing. Fishing is open to seniors and children under 12, and it’s a pretty common site to see a lone angler with a tackle box trying their luck. I asked one man if he’d caught anything, and he said he had been fishing there for six months without a single catch, so have backup dinner plans in mind.

I leave the rest for you to discover on your own, and while yes, it’s getting hot and mosquitoes are a staple in our region, there is too much happening outdoors to be stuck inside. Take a towel, a picnic lunch, and a bottle of water and you’re golden. Bug spray, a camera, and people you like are optional but encouraged.

Finally, I want to do something fun and adventurous for the readers, and to incentivize others to get outside and explore. I think there are few things more exciting than an occasional treasure hunt, don’t you? Each month, I’ll hide a little somethin’-somethin’ amid a natural setting. The main rule is to do no harm when trying to find it. It will never require digging or destruction of flora, but it may require a good deed or two.

Follow @WildinHTX on Twitter and join the ‘Wild in Houston’ community page on Facebook to find out when clues are released. If you want to contribute anything to the booty chest, holler!