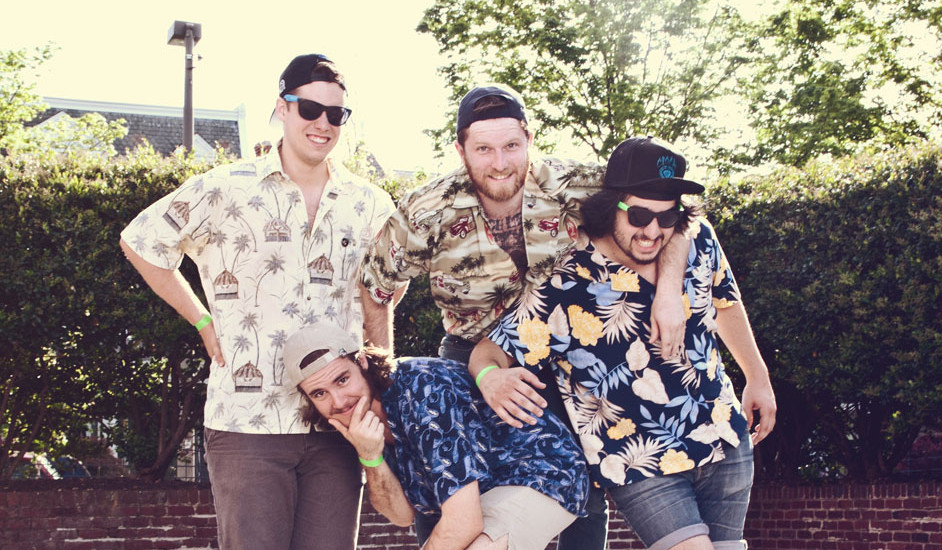 There aren’t too many times in my life where I felt like getting to a show early was in my best interest.  Sometimes it’s because I don’t want to be at a club for five hours, sometimes it’s because it feels unnatural to get to a club early; and honestly sometimes it’s because I don’t want to drop forty bucks on drinks.  However, Sunday June 15th, you should go to Warehouse Live early.  If you were planning on going for Say Anything, then you should anyway, but if you hadn’t planned on going at all; you should get there early.  Rarely are openers so great, that they’re worth getting there early for, but Orlando’s You Blew It! are worth the effort.

Every once in a while, I’m shocked by how great something I hear is.  Maybe it’s because it reminds me of something I once loved, or maybe it’s because it’s just what I wanted to hear.  With You Blew It’s latest album, “Keep Doing What You’re Doing,”  it’s both.  From first listen, I’ve been rather hooked.  The album has that kind of lightbulb on your head moment with each track.  It sounds like that album I wished Jimmy Eat World had made after “Clarity,” but “Bleed American” was what I got.  The emo core world was at one time, prior to Bright Eyes and Taking Back Sunday, filled with bands who utilized every aspect of time changes and melody without hooks or click track utilization.  Bands like Boys Life, Christie Front Drive, or June Of 44 were all built on different music principles than what came after them.  While everyone gets excited for the second wave acts reunions, I’d pay serious cash to see Boys Life or June Of 44 make a comeback. Anyone I know who’s heard the “The Anatomy Of Sharks” would wholeheartedly agree.  In recent years, a third wave of emo feels like the better mix of the old school imperfections and the second wave’s utilization of studio technology.

I first saw this with Into It. Over It.  It reminded me of that passion, those heavy rhythm changes, and the screamy out of tune vocals.  You Blew It! however, takes all of this to a whole new level.  This is one of the best albums I’ve heard in a long time.  The guitar parts float perfectly with the well timed drums, only to be matched with an equally impressive singer.  It’s like when these guys formed five years ago, that they took notes from past emo bands and improved on them.  Every song does what you want it to, and each song has a craft that I haven’t heard in a while.  If you wanted a comparison, I couldn’t give you one, as it’s a sound that is it’s own with hints to the genre.

Look, I know it’s Father’s Day, and I know it sucks getting there early; but you’ll hate yourself if you miss these guys.  I’m sure that I’m alone in paying $65.00 once to watch Radiohead open for R.E.M. in “The Bends” era, just like I’m sure I’m alone in paying $40.00 to watch Buffalo Tom open for Live.  But, this show is a paltry $18.00 and it could sweeten the pot that Austin’s highly popular The Front Bottoms are also in the opening slot.  Like Against Me! did for a revival of punk, these fellow Floridians could do the same for an emo revival.  There aren’t too many times where you can see a band in their prime, but like those who caught PAWS with me a couple weeks back at Fitz, these guys are worth getting there early for.   The show is all ages, the doors are at 6:00, and they should be on stage by 7:00.