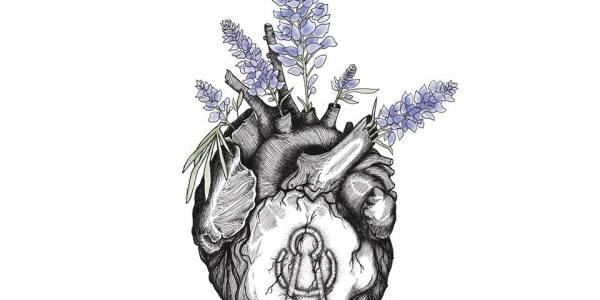 If you were unaware how the music industry operates, then you should know that much of it exists on a plane of “chance meetings” where people meet and chat.  Like when FLCON FCKER introduced me to Jawwaad Taylor, and I’d find out about the album he made with JJ Doom and MF Doom; I met Justin Nava pretty much the same way.  Nava, who you may or may not know, sings for the alterna-rock band TheLastPlaceYouLook.  In casual conversation after a singer/songwriter’s night over at Dean’s, he’d go on to tell me that the band dropped an EP that no one in Houston reviewed.  It sounds crazy, to think that a band who’s gotten plenty of radio play, who has gotten to tour with Blue October, and who has felt like they’re on the brink of blowing up could have an album drop and no one seemed to notice.  But after the band released an ultra limited version at last year’s Annual Holiday Bash, the EP, “Rip It Out” was released in January of this year, and no one in Houston wrote about it.

The whole release is only five songs, but the power within the release which clocks in at a little over twenty two minutes, is immeasurable.  This is an album of a band in transition.  The differences between the band’s last album, “See the Light Inside You” and “Rip It Out” aren’t subtle.  This isn’t bad, in fact only great bands grow and change.  But you have to appreciate the craft, the production, and honestly, the pop hook elements of the five songs.  The opener, “Rip It Out” is as strong and as hook heavy as anything you’d hear come out on a major label.  Gone are the chunky riffs of the past, which are now replaced with a subtle and catchy guitar track.  The band could’ve just dropped this song and been in the good graces of the recording industry.  Nava stretches with a falsetto vocal track, while the drums have the thump of something produced by the late drum tech turned producer, Jerry Finn.  The chorus is so well crafted, that bands who want to get the eyes of the industry should learn to write so well.

This is followed up by a song that begins more like the band’s former self with “Sexytime.”  The aggression and oomph of the band’s early work is present in the opener while Nava growls atop before rolling into a dual vocal and a lighter vibe.  The funny thing is, that here, lighter works.  I’d be lying if I said that this was my favorite song of the five, because it isn’t.  But, successful bands tie their previous works with their current, like Promise Ring did on their second album.  The melody is definitely stronger and the flow of the song has a better feel with backing vocals and a catchier guitar mixed with synths that make the song work on all fronts.

The third song, “Awake” is such a well written song, that I feel like it’s simple electronic violin coupled with drums and vocals should be a feel that other bands mimic.  When the chorus drops in, there’s a more epic feeling before the guitars switch direction and swing in and out of simple yet complex hooks.  Again, the dual vocals complete with a vocal track show the complexity of Nava’s voice, while the rest of the band adds power through layering bass and guitar subtly in with bombastic drums…it’s truly a pop rock gem.

“Quagmire” returns closer to earlier work by the band with a thicker guitar track.  There’s a heavy vocal while the drums are meant to hit with intensity and precision.  Underlying on the chorus is a subtle secondary vocal that you’ll faintly hear on the first listen.  Even in going back to the heavier sound that made these guys noteworthy, the writing is more complex than the album five years prior.  This is coupled with a trippy and muddy bassline that’s no where else on the album, but it works immensely on this song.

Quite possibly one of the prettiest songs I heard all year by a rock band, the EP gets closed out with the song “Ebb and Flow.”  The simple mix of faint electronic piano, Nava’s voice and an acoustic guitar is so catchy, that I was humming it weeks after one listen.  The song has this interesting way of hitting with the drums while keeping the acoustic, but adding more synths in an almost magical way.  Even after a squealing guitar is added, the beauty of the acoustic never leaves.  The violin of Ryan Delahoussaye slinks in and out of the song before the guitar switches to electric, but the gain is at the right level to not be overpowering.  The song ends as it began, and before you know it; the entire release is done.

The truth is that great bands evolve and change with the times.  TheLastPlaceYouLook is doing just that here, evolving and truly earning the praise they’ve gotten in the past through good song writing.  For a band that’s gotten plenty of exposure in the past, it sounds like they’re really just getting started. On the physical version of the EP, there was a cover of the Miley Cyrus song, “Wrecking Ball” that was done with a pretty great intensity.  Maybe if you ask nicely, they’ll play it in their encore.  You can catch the evolution of TheLastPlaceYouLook and maybe hear that cover at their 5th Annual Holiday Bash on December 20th at Warehouse Live.