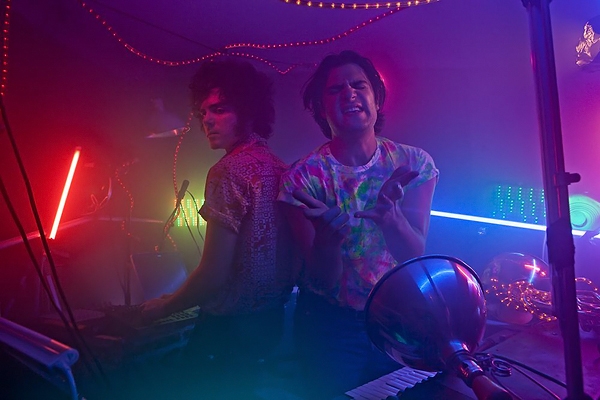 By: Mariam Afshar
Several months ago I took a trip to Austin with my cousins to visit some friends and enjoy a good night out, which is mostly all Austin is good for. Sorry, not sorry. We were looking for a good place to dance and although we had the old staple, Barbarella as a back up, we wanted something different.After a brief conversation with a local twit about how it was “too bad” we were from Houston, she suggested a bar next door that was supposed to have good dancey vibes. We were a bit skeptical because, obviously, she has poor taste, but we tried it anyway. Boy, were we pleasantly surprised. Playing that night was French Horn Rebellion. They flippin’ ROCKED!

The music was just what we were looking for. Dancey. You know how sometimes you go to a place and the music is decent enough to dance and the crowd is just a wobbly bowl of jell-o, not really making an effort but shifting from side to side, this was not the case at Empire Control Room. French Horn Rebellion had the whole crowd moving, which isn’t easy in a city full of people who would rather appear cool than have fun.

French Horn rebellion combines the talents of brothers David, a computer sound engineer and Robert, who was previously first chair of Northwestern University Symphony Orchestra, into a fabulous display of 80’s inspired electronic pop. I remember Robert jumping off the small stage and joining the crowd for a little dancing, while wailing on the French Horn.

If that wasn’t enough to spark your curiosity, they have also launched a new website, Band Geeks Gone Wild, where any band geek can record themselves playing along to one of French Horn Rebellion’s songs. They provide the sheet music in numerous keys to suit any and all instruments. Now a days, music comes in many different forms and sounds but when playing a certain instrument, one can feel trapped in a box. That feeling is where the idea for the website comes from. It’s a place that allows the player to break away from the usual and participate in a movement with musicians in a digital, social media kind of way. You can see submissions through the bands Facebook page then hop on over to the Band Geeks Gone Wild site and make a musical recording of your own.