Leon casino, Master documentary filmmaker Frederick Wiseman is in his mid-80s and he shows no signs of slowing down. His latest film National Gallery, a sumptuous look at the prestigious London museum, unwinds at the Museum of Fine Arts, Houston this weekend and next. Screenings start on Thursday, December 18 (1 pm.) and continue through this weekend, with a couple of encore screenings at 4 pm. on December 27 and 28.

What a perfect film to show at a museum movie theater. Wiseman specializes in fly-on-the-wall filmmaking. The camera observes what Wiseman wants to look at. The style seems spontaneous. There are no talking heads telling us what to think or look at. However the effect is very ridged. 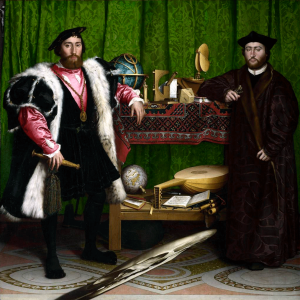 One sequence explains the art of anamorphosis as a curator points out the obvious and the hidden meanings in Hans Holbein’s The Ambassadors. Another scene has museum officials discussing strategy in a meeting. The moment may be prosaic but it fits into the whole picture perfectly.

The film moves with ease despite being three hours. Art mavens and fans of docs will not be able to get enough.