While 350.org Wins, Houston Continues To Be Sacrificed

Leon casino, “Today is an achievement,” announced 350.org founder Bill McKibben in an email Wednesday, refering to an agreement reached this week between the U.S. and China on reducing carbon emissions. McKibben took the opportunity to congratulate himself, his organization, and the participants of the march they organized seven weeks ago. He might as well have posed in front of a “Mission Accomplished” banner. 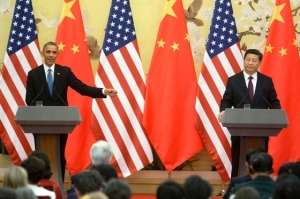 This agreement likely has little to do with anything 350.org has done. It comes amidst intense jockeying by the two governments in promoting their different proposals for a Pacific-area free trade agreement, as well as a relaxation of tariffs between the two countries. Increasing the number of goods that are shipped halfway around the world before consumption is antithetical to reducing carbon emissions, and free trade agreements are notorious for limiting a country’s capacity to enforce environmental regulations. Taking a look at their track record, the last time 350.org tried to pressure Obama on climate — by showing up at the White House with 40,000 people — Obama spent the weekend golfing with oil executives.

There’s also the disappointing content of the agreement. The U.S. pledged to reduce carbon emissions by 26 to 28 percent below 2005 levels by the year 2025. Five years ago, in the lead up to the UN Framework Convention on Climate Change (UNFCCC) meeting in Copenhagen, the proposal being discussed called for reductions of 25-45% by 2020, and the scientific predictions of the impacts of climate change have only gotten worse since then. Celebrating the reductions the U.S. has agreed to is major backpedaling on McKibben’s part, who has long been an advocate for reduction targets based on climate science. He also calls the agreement “historic” because it is “the first time a developing nation has agreed to eventually limit its emissions.” China has pledged to stop their emissions from growing by 2030; if it actually takes them that long, we’ll likely be locked into runaway climate change (chaos, catastrophe) for the rest of the century.

The worst part of the agreement (and McKibben’s email) is the sole focus on climate mitigation (reducing emissions to reduce the impact of climate change). There is absolutely no discussion of adaptation support for poor communities or countries of the Global South, including small island nations. Mitigation provides the most benefit for those with the greatest ability to adapt - those with economic privilege or those who will only experience milder impacts.

Given the context and content of the agreement, it should be read as an attempt by Obama to regain momentum and support from liberals within the U.S. in the wake of the disastrous midterm election results for the Democrats, and an attempt to upstage the Social Pre-COP (also last week) in the lead up to the UNFCCC meeting next month in Peru. The Peru meeting is expected to produce a draft agreement that will be finalized next year in Paris. By creating a focus on the “big players” agreeing to (weak) mitigation targets, urgency from justice-oriented provisions such as climate reparations and technology transfer is stripped away and more space is created for colonial projects such as REDD+. 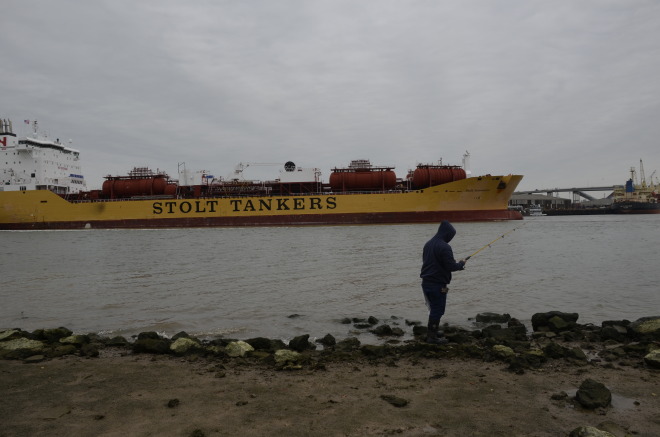 Meanwhile, today in Houston, Vice President Biden appeared at the annual convention of the American Association of Port Authorities to talk about the need to improve the U.S.’s infrastructure in order to handle “an expected 50 percent jump in freight cargo through American ports by 2020.” Port expansion in Houston, already underway, necessarily means expansion of fossil fuel facilities and imports/exports. The fracking boom has driven this so far, and the increasing availability of tar sands seems poised to continue the growth. TransCanada, the company behind Keystone XL, has said that if their northern extension is denied they can just bring their product here by boat. Obama is also seeking to increase offshore drilling and coal exports. More fossil fuel infrastructure will only create more pollution for the low income communities and communities of color surrounding the port and will make it even harder to reduce carbon emissions to the degree necessary to prevent runaway climate change, let alone reach the emission targets set forth in this agreement.

Unsurprisingly, what we find in the “historic” U.S.-China climate agreement is little more than lip service while politicians pursue their personal agendas. And while 350.org gets to score points with their funders, those of us here in Houston will continue to bear the brunt of the fossil fuel industry.

The Herbal List — Looking Over From the Left Coast