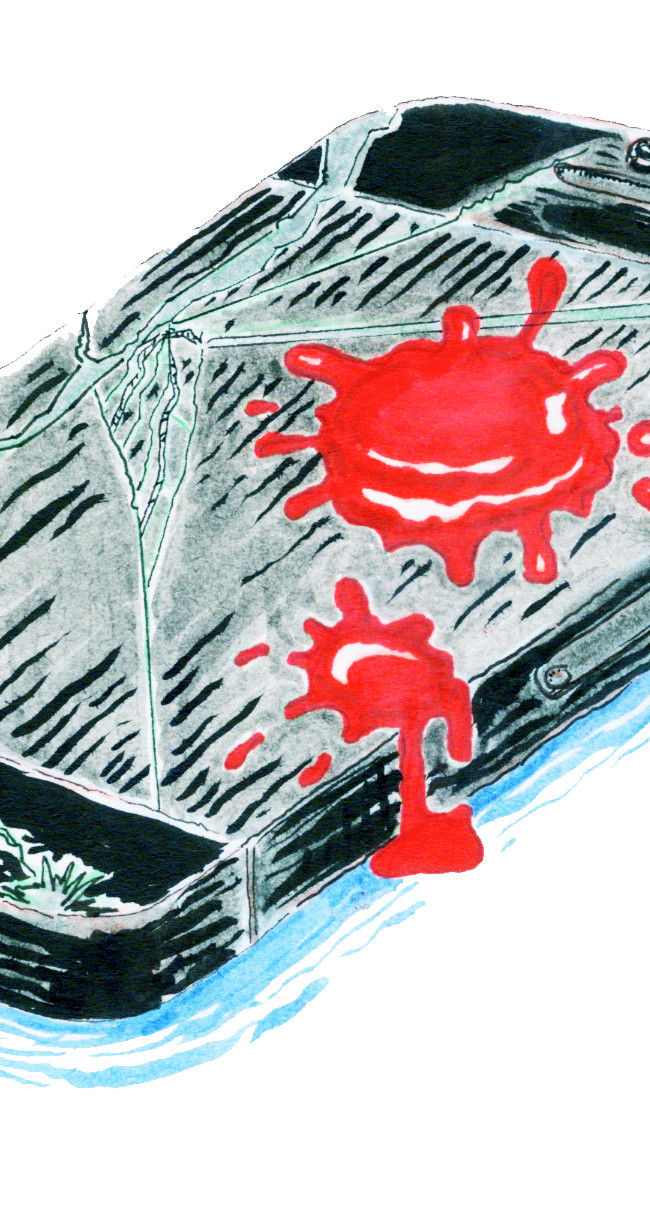 Leon casino,
On April 4, 2015, in South Carolina, Walter L. Scott was shot five times by police officer Michael Slager. Coincidently, Slager’s original story of the shooting echoes that of Ferguson police officer Darren Wilson, who shot Michael Brown in August 2014. Both incidents, according to the officers, began with altercations close to the squad cars, followed by a period where either Brown or Scott fled and then reengaged the officer in such a manner as to pose a life-threatening risk, causing the officer to fire.

This risk, according to Slager, manifested itself as Scott tried to grab his taser before Slager fired eight times. Likewise, Wilson’s testimony described Brown attacking Wilson and trying to grab his pistol inside the patrol car before being shot and fleeing down the street. Brown made it about one hundred and fifty feet from the squad car feet before supposedly turning, making a grunting noise, putting his hand beneath his waistband, and charging Wilson, who fired ten times, killing Brown. Despite the similar statements of the men behind the trigger, their stories follow different paths after their respective shootings.

After shooting Michael Brown, Darren Wilson drove himself back to the station, washed the blood off his hands, then checked his own gun into evidence, according to a November 26th Washington Post article. Wilson also gave a couple of unrecorded practice interviews to local officers before heading over to the local Fraternal Order of Police building to take photographs of the wounds that Michael Brown allegedly inflicted. At some point after that, he went home and went to bed, then got up the next day and gave a recorded statement of the events, which would eventually be submitted as evidence before the grand jury that chose not to indict him.

In the South Carolina incident, an audio recording from Slager’s vehicle, obtained by the Guardian, records Slager’s supervisor reassuring him that he will have a couple days to go home and relax before being interviewed on the record. “The last one we had,” the supervisor told Slager, “they waited a couple of days to interview officially.” And it would seem, in light of what had happened to Darren Wilson, Slager would also be acquitted of all charges — if not for a bystander and his cell phone.

Soon after the shooting, the New York Times released a bystander’s cellphone footage of Scott running from Slager — about twenty feet away — as Slager fires his weapon. Slager then moves over Scott’s wounded and bleeding body, which is lying face down, to handcuff him, before dropping his taser nearby to corroborate his story. Finally, a second officer, Clarence Habersham, arrives on the scene in time to witness this taser planting, but later fails to mention it in his report.

Habersham’s cover and the assurance of a couple of days off offered to Slager are the results of the same police culture of incestuous impunity that allowed Darren Wilson practice interviews before giving his official testimony. In Houston, it is this culture that returned serious disciplinary actions (a three day suspension or more) on complaints filed against HPD only seven percent of the time from 2007 to 2012. This culture of impunity would most likely have shielded Slager from prosecution, much like it shielded Wilson from prosecution, were it not for the damning video evidence.

The dominant media story line praises the bystander and his cellphone camera for letting the world see how this racist policing really goes down. But absent in these discussions is consideration for the mentality of the police as a group. National evidence suggests this police mentality treats Blacks as criminals and encourages unbridled impunity for those who wear a badge.

This mentality is not defined by the race of the officer. At a February 7th HPD town hall meeting, Chief Chuck McClelland, who is Black himself, deflected numerous charges of racism by the citizens by reminding the audience that, “HPD is a majority minority police department,” and this is totally true. It is also totally true that officer Michael Slager is white, and that officer Habersham, who fabricated his testimony to cover up for Slager and offered no aid to the handcuffed and dying Scott, is Black. The police mentality criminalizes Black people, regardless of the race of the officer, in such a way that affects the lives of Houstonians every day, even if it does not result in a police shooting.

Think about the last time you were pulled over. Where were you? Maybe speeding through the Montrose or rolling a stop sign in the Heights, then you saw flashing lights and pulled over. But what happens next? Are you pulled out of your car? Are you handcuffed while you and your car are searched?

For the last three months I have been working with a group, H-town Copwatch, that has made weekly patrols of mostly the Alief neighborhood with video cameras to film HPD. Over the course of those three months H-town Copwatch has documented 16 stops (fifteen of which occurred in the Alief neighborhood), and in every case but one, the driver and occupants of the vehicle were Black. According to Alief ISD, less than 35% of its students are Black. If this percentage is indicative of the community at large and are small sample size is indicative of HPD behavior in Alief, then clearly there is racist policing at the point of the stop.

The justifications for pulling someone over are usually trivial, such as lacking a front license plate, or failure to signal a turn. In six different cases (37% of the time) we have seen people handcuffed, but despite these numbers we have never seen an arrest. Only twice have we been given any explanations for the detentions. Once, after talking to a supervisor, an officer told me a driver and passenger were handcuffed and their vehicle searched because the vehicle had a strong odor of marijuana; the officers, of course, found no marijuana. On a second occasion the officers were straightforward enough to tell me they handcuffed three Black passengers, who they suspected to be minors, simply for not having an ID, which is illegal. This video can be viewed here

On a separate occasion, a fifteen-year-old boy spent 25 minutes handcuffed in the back of a squad car only to be released and not ticketed; he later told me the HPD had followed him home from school before detaining him. This is the daily harvest of a police mentality that sews the criminalization of Black people amongst its members.

Across the country we have seen attempts to reign in the police with body cameras, Copwatch, and citizen review boards, to name some methods. Yet it seems the murder of unarmed Black people does not stop. And even on a smaller scale, justice is hard to come by. I confronted Chief McClelland at a February 7th HPD town hall meeting about his thoughts as to why HPD would detain three Black youth for not having identification, while I, a white man, was pulled over hardly a year earlier and my passenger was never even spoken to. The chief attempted to dodge the question but eventually agreed to view the video.

A video of this interaction can be seen here:

To this date, of course, despite numerous emails to the Chief’s command, I have yet to learn of Chief Chuck McClelland viewing it at all. I also delivered a formal complaint of the incident (along with unedited video), and was informed it would take internal affairs up to 180 days to weed through the evidence and come to a decision. Clearly, filing a complaint, even with a video, offers essentially no hope of disciplinary actions. But that does not mean filming the police is a worthless act. The video shot of Michael Slager gunning down Walter Scott offers a chance for justice to be served.

The idea of patrolling the police is certainly nothing new. The Black Panther Party for Self Defense began an armed police alert patrol of their communities in Oakland in 1967. For decades, Copwatch groups have existed around the nation and often focus not just on filming the police, but creating a database through which to identify them, and educating the community about their rights during police encounters. Copwatch chapters have a long standing presence in Berkeley, New York, Cincinnati, and Denver, amongst others cities.

Locally, not just Houston but also Dallas, Arlington, San Antonio, El Paso and Austin have Copwatch chapters. Sometimes these groups call themselves peaceful streets projects, and some of the groups practice open carry while patrolling the police. This is sometimes the case for the Tarrant County Peaceful Streets Project and always the case for the Huey P. Newton gun club, an organization named for the Black Panther founder, which operates in Dallas.

It is likely because of these types of activists that Texas House Representative Jason Villalba, R-Dallas, introduced a bill banning citizens from filming law enforcement within 25 feet, and banning citizens with concealed handguns from filming within 100 feet. This bill, H.B. 2918, was filed on March 10th, and pulled just days after the murder of Walter Scott. Villalba said the Dallas Police Association originally proposed the bill, which is notable because it shows that Copwatch is, at some level, making the Dallas Police Department uncomfortable. But if the police were confident in their methods and tactics, one would think they would have nothing to hide from the cameras.

For years the idea of copwatching relied on having a video cameras, and then having the capability to edit the film once shot. This usually meant that copwatching was conducted by organizations who trained volunteers and them sent them into the field on patrols. Although noble in aspirations, teams of Copwatch patrols cannot cover an entire city, and undoubtedly miss more major incidents then they record.

Recently, with the advent of cell phones, the copwatching game has begun to change. The moment that heralded the modern age of copwatching was the murder of Oscar Grant during the early morning hours of January 1st, 2009. Oscar Grant was shot in the back while handcuffed and lying face down in an Oakland metro station. Berkeley Copwatch was not there to film, and instead a numerous people in a large group of spectators nearby took out their phones and filmed. The officer who pulled the trigger, Johannes Mehserle, was found guilty only of involuntary manslaughter, and sentenced to only two years in prison. This should not be taken as a sign of the impotence of filming the police, but indicative of the type of evidence necessary to bring any type of justice into these murderous situations.

Filming the police is not a panacea, as the video taped murder of Eric Garner and subsequent non-indictment of Daniel Pantaleo, the officer responsible, proves. But it does help, and with smart phones it is something almost anyone can do. Copwatch patrols are good, but a community that is educated and secure in its rights while dedicated to filming the police is even better. The accumulation of knowledge about HPD and their actions is beneficial to the safety of our communities, and beneficial to us who are concerned about enacting change to the way HPD operates.

Walter Scott was pulled over because his taillight light was out, and luckily someone was nearby and concerned enough to film. So if we see someone pulled over for any reason, we should stop and film. Every once in a while, it’s a good idea to have someone’s back. 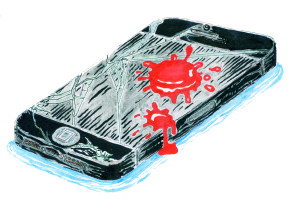 My Wingman | Kickin the Bucket [Hat]