Leon casino, Did you ever watch The Wonder Years? I ask because I have noticed a linear progression of television sit-coms starting in the 50s with the classics like Father Knows Best and The Donna Reed Show and even Leave it To Beaver. The nuclear family unit is maintained within a comfortable social economic template.

By the time we get to the late-80s the genre has stayed the same but added relevance by tackling issues that were uncommon to the 50s and 60s. Today shows like Modern Family update the so-called controversies of shows like The Wonder Years by adding social commentary that would’ve been too strong for America to take in the post-Reagan era. We can make references to pot but gay marriage is verboten. 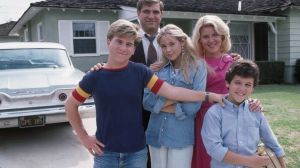 The thing about The Wonder Years Complete Series, which ran from 1988 through 1993, is that the narrator is the exact age I was when the show takes place in 1968. The entire series plus extras is now available in a set that houses the entire Magilla in a metal school locker box complete with magnetic stickers and school style notebooks containing 26 DVDs. The show premiered after the 1988 Super Bowl (the Redskins beat the Broncos) and the first season was six eps.

The Wonder Years, like the other sit-coms mentioned, is not a great show but rather a show that displayed great moments. In the pilot a montage consisting of tumultuous news footage of the ‘60s burst forth with firepower only to segue into an almost maudlin storyline where Kevin has his first kiss with neighbor Winnie after her brother has been killed in Vietnam. Another ep sports a clip of Timothy Leary and the introduction to the show itself usually featured a classic rock tune of the era depicted. Some interesting faces pop up as guest stars including among others young versions of Alicia Silverstone, Carla Gugino and Giovanni Ribisi in a 15-ep arc as the best friend. If I had been Kevin’s age in 1988 I would probably cotton to this show as a formative influence while growing up. As it is, The Wonder Years is a curious glance into the viewpoints of another generation. Extras include lengthy interviews with the recently re-united cast sitting in a semi-circle in director’s chairs.

Merci Pour le Chocolat (Cohen Media, 9/30) was an above average thriller from Claude Chabrol, recalling his superb murder mysteries from the ‘60s, which came out in 2000. This Blu-ray edition (titled Nightcap but still in French) looks great from its brightly lit interiors to its moody exteriors. Essentially Isabelle Huppert may be poisoning people in her family (and their friends) by adding a little something extra to her coffee and chocolate recipes.

The audience pretty well knows that Huppert’s up to no good from the beginning and the suspense is in how the other members of the cast react to her behavior. Huppert has a Stepford Wife façade and wears perfect dresses and necklaces. Chabrol applies a kind of classic touch through camera framing and movement as well as fact that the husband teaches classical piano. 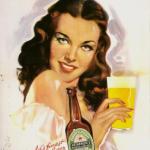 The Magic of Heineken (currently on Video On Demand from Vega, Baby Releasing, available on disc 11/4) documents the fact that the Dutch lager has been around for since the mid-19th century. Frankly, Heineken tastes better than most American lagers. The doc focuses on the Heineken family and their heritage. A kidnapping (which was the basis for a recent narrative film starring Rutger Hauer) of one of the family in 1983 is covered but not as much as the prettier picture of the beer’s influence on culture and advertising. My favorite part of TMOH was seeing old black-and-white Euro beer commercials you can’t even find on Youtube.