Leon casino, The Irish folk-pop duo Storyman was in Houston last week for the second time, hopefully not the last. Storyman, aka Kevin May and Mick Lynch (formerly known as The Guggenheim Grotto) were at House of Blues back in May with Ingrid Michaelson, but this time around they ended up at McGonigel’s Mucky Duck. Now, I’m all for music that hits a demographic used to peppy, optimistic tunes, but as they mentioned during a short interview before going onstage at the Duck, they’ve got a lot more than that up their sleeves.

There were only about 20 to 30 people in attendance for their Thursday set, but in the same vein, it never hurts to experience a concert in a cozy up-close and personal setting like what you get from the Duck.

I don’t know how many patrons had the pubsnacks like hard-cooked Scotch egg wrapped in sausage and coated with fried bread. However, there was quite a bit of food and drinks going around while the music duo played. Stuff seen coming from out the kitchen was a mixture of the usual chicken pot pie or fish and chips. People sipped whatever they cared for, which seemed to be a mixture of the Irish brews, the local microbrews and a few wines. No word on what a trifle spongecake tastes like when washed down with a stout.

When they did their thing, which involved use of a good old-fashioned acoustic guitar, electric piano and occasionally a ukelele, it sounded like you wouldn’t WANT them to be in a large auditorium for fear of missing out on those subtle notes and effects created by such an intimate space.

About the only downside was that they lacked their New York companions, the ones who produced their electric guitars, bass and percussion (to say nothing of backup female vocals) for their first Storyman album, “This Time Round.” It’s a stark listening experience from just the two of them all cozy in a pub. Not better, or worse, but different. As an experiment, try listening to their album version of “strange” (unrelated to The Doors title) versus any of the youtube videos of them during a live performance.

Kevin noted Tom Wait’s as one of their major influences, but conceded that all the cigarettes and whiskey in the world wouldn’t make him sound the same as Waits. Some of the tunes had a somber sound to them. Forlorn love-like stuff. Others had a bit of that pep in there, including the one about the cat.

May and Lynch will be back to their home country of Ireland next month, but they’re Brooklyn based these days, so don’t be surprised by a third Houston visit next year. 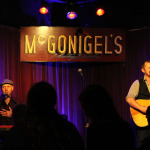 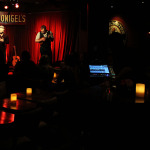 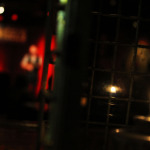 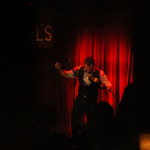 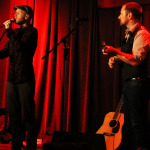