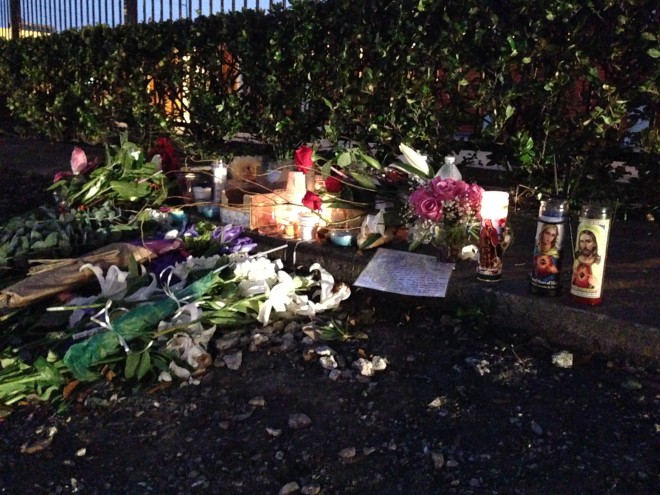 Dear person who KILLED Chelsea Norman:
Think. Think for just one second if that had been your child, your sister, brother, cousin, best friend, how would you feel if someone hit them and left them on the side of the road as you did Chelsea. You had no idea if she was okay, but you fled the scene anyway. You left another HUMAN BEING injured on the side of the road and slinked away like a coward. Maybe you had a bit to drink that night, maybe you were super tired and didn’t mean to hit her, maybe you saw her too late, but you KNOW you hit something, if not someone. I am sure you can tell the difference between hitting a tree branch on the road and hitting a PERSON on a bike. Regardless of what the situation was, you should have done something! You are reckless, you are selfish, you are a piece of shit.

Who knows how long Chelsea was lying there before a good samaritan came along and helped the woman YOU ran over. Who knows if immediate action by you could have saved her life. Instead, you left because of your own fear and now you have the death of a woman on your conscience. I hope you can’t sleep. I hope you can’t eat because of all the guilt bottled up inside of you.. But most of all, I hope you come forward and take responsibility for what you did. I hope you give her family closure. You had no right to take someone else’s life.  You are a murderer.
Dear [everyone else]:
Each year there are several hundred cyclist deaths and thousands more are injured in vehicle traffic accidents. That number is too high. We need to co-exist on the roads. I hate it when I am stuck at a light for 20-30 minutes while Critical Mass takes the street over. I understand that they’re making a point by showing their presence and highlighting their right to be on the road. I don’t agree with them stopping traffic so they can make this point. Everyone has a right to be on the road. Ride in a group, stop at the stop signs, stop at the red lights, obey traffic laws, show drivers and other cyclists that you respect the road as everyone else should.I used to bike to work everyday, I also used to ride with a bike group in Austin, but I/we always followed the rules. Being a cyclist is dangerous in a motor vehicle dominated city like Houston. I have a few things to say and being a commuter that has used a car and a bike as my main mode of transportation, I am able to see the mistakes that people make from all sides. Below you will see my frustrationsDrivers, there are bike lanes for a reason, cyclists are allowed on the roadway and when there isn’t a bike line marked off, they have the right to, and should, take up a whole lane. The reason they can and should take up a whole lane is for their own safety. Because when idiots think they can pass a cyclist and 50 other on coming cars, the cyclist is always the sacrifice that driver makes. Not a good idea. Many drivers think a cyclist does not need so much room, that is not true. If you have lived in Houston for any amount of time, then you know our roads are shit, just as drivers slow down and maneuver around potholes and breaks in the road, so must cyclist, except, if they hit one, their fate could be much worse than a flat tire. That is why they need ample space to ride safely.

Drivers, OBEY TRAFFIC LAWS. You are not the only person on the road. It’s idiots like those who swerve out in front of people, run lights and stop signs, cut people off too closely, that cause accidents, that may not be fatal, but do cause all the other people on the road to be late to where they are going. Have patience. Realize that, though you ‘know’ you won’t hit the person you are so rudely cutting off, you cannot accurately predict someones response to your crappy driving. Everyone has somewhere to go, everyone has a right to be on the road, yes even the really slow drivers, so recognize that though you may not give a shit for your own well being, think of the other people on the road.

Cyclists, you all are required to follow the same driving laws as cars and trucks, for your own safety. I understand that you want drivers to respect your right to be on the road, and they should, but you need to think of your safety first. You are less protected than the drivers, you need to be more aware of your surroundings. Drivers run stop signs and red lights, they turn from the wrong lane, they disobey traffic rules which put themselves and, more importantly, others in danger. You need to understand this and ride defensively. There is no reason to add to that by disobeying traffic rules yourself.

Yes everyone should follow the traffic rules all of the time, but we do not live a perfect world and until Houston gets its shit together and creates a safer pedestrian and cycling system, again, we all have to learn to co-exist on the roads.

Previous: One week wonders
Next: Big Star: Nothing Can Hurt Me