Decrease Font SizeIncrease Font SizeText SizePrint This PageSend by Email
What happens when you have bad people portrayed in good films? I’m not talking about anti-heroes but rather people whose motives are questionable at best.

Leon casino, 7 Chinese Brothers stars Jason Schwartzman as a despondent young adult who has just been fired from his bartender job for stealing alcohol. His hopes of keeping a new job at a quick lube car shop are in doubt because he’s an alcoholic and because of his contempt for humanity in particular. 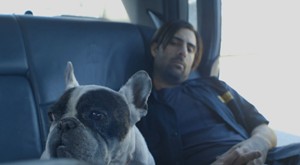 A unique indie film 7 Chinese Brothers (shot in Austin) features a tour de force performance by Schwartzman. Additionally he co-stars with his actual real life pet, a French bulldog named Arrow. Schwartzman plays a real dick but he does so with style. You are not so much rooting for his character so much as one is sucked into the vortex of his self-loathing.

7 Chinese Brothers has nothing to do with the R.E.M. song of the same name, yet that song appears over the final credit roll. 7 Chinese Brothers unwinds in an exclusive engagement at the Alamo Drafthouse Vintage Park starting today.

Mistress America finds the prolific Noah Baumbach achieving a kind of state of grace with his star and writing collaborator Greta Gerwig. Mistress America is playing at a handful of area theaters including the Edwards Grand Palace. 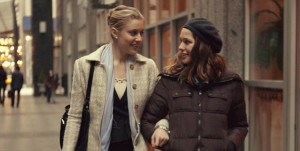 Gerwig plays a narcissistic Manhattanite who forms a relation with her younger soon-to-be stepsister (amazing newcomer Lola Kirke). Nothing Gerwig does or touches reeks of compassion or kindness. Her entire motivation throughout the film seems based on what she can obtain for free as though she’s earned the right of self-entitlement. And therein lies the charm of Mistress America, aided by Baumbach’s modern screwball direction that constantly pits Gerwig against the other characters.

Baumbach himself is on a roll with this film, his previous flick While We’re Young, and his upcoming documentary on Brian De Palma all premiering this year.

Past, Present, & Future: Pegstar Opens Up

12 Bricks: The Best of The Week