If you haven’t taken a shot of Fireball Cinnamon Whiskey yet, then, my friend, you are not a well-liked individual.  I’m sorry.  You barely have to be an approachable person for a complete stranger to want to include you in on the easiest shot ever invented (SoCo & lime requires a specific level of self-pity that can be difficult to summon).  Fireball Cinnamon Whisky has come on strong in the last two years as the shot de la nuit.  It’s cheap(ish).  It’s light.  It’s basically the quickest (and possibly the most effective if done in repetition), team-building exercise available at any bar.

The following is a dialogue that I hope has happened at least once:

Oscar:  Hey you wanna do a shot?

Oscar:  Kinda.  Hey bartender, can we get two shots of Fireball?

Kyle:  What are we drinking to?

Kyle:  You say that like it’s a good thing.

Kyle:  Only 66 proof, they should come in pairs anyway. 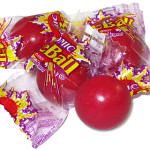 Your dentist loves this candy because it makes him money, moron.

With it’s easy consumption and intense sugary flavor, I can think of only one type of scientist that would invent such an elixir: a dentist.  If, in one evening, you take 4 shots of Fireball then you will be pretty hungover the next morning and you’ll have at least one cavity.  When you go to get the cavity taken care of, your dentist will have an evil twinkle in his eye and a smirk on his face; and he’ll be thinking to himself, “They said we weren’t doctors.  HA!”  The flavor of Fireball Cinnamon Whisky is said to be modeled after Ferrara Pan Candy Company’s Atomic Fireball candy.  So yeah, this shit can be kind of addicting.

So, as we approach the weekend, whether you’re going to the rodeo or to SXSW, be careful with the Fireball, please.  You don’t have to take all of the shots in one night.  I understand that you could do that if you wanted to.  You don’t have to prove anything to me or the bartender.  Like the dentist, the bartender wants your money; but he also wants your return business.

Fireball Cinnamon Whisky’s cuddly and adorable mascot (a red demon-like beast-human spitting… fireballs) will continue to become iconic amongst the hard partying crowd; and we’ll all press on declaring every shot we take is the first in what will surely be “the best night ever”.  But sooner or later, the good people over at Fernet will design their own mascot and then we’ll all be super drunk with sophistication.  Cheers.

One Response to Human Beings are drinking Fireball Cinnamon Whisky by the gallon; What Happens Next is usually a fart