Some rappers credit purple drank and weed for their inspiration, while others, like local talent Fat Tony, credits Houston’s drippy, sticky, hot weather for his. He tells me it’s the discomfort from the heat that forces artists like him to stay indoors, giving him no choice but to create.

This line of thinking is what makes the Third-Ward reppin’ 26-year-old stand out; birthing projects like 2010’s ‘RABDARGAB’, with production from Atlanta’s Tom Cruz, and one of last summer’s underground favorites; ‘Smart Ass Black Boy’, with guests like San Fran rapper Kool AD, and Queens rapper Despot on the track “Hood Party.” It’s a beautiful album throughout, including songs about equal rights and the ongoing tricky relationships we experience with our parents. 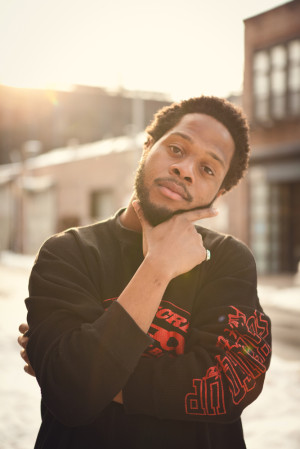 And that’s how he views OG’s like UGK and Scarface — like parents of his sound — and he doesn’t feel intimidated by it.

“I look at that music – and I come from it. That is the music that inspires me to rap. And when I make music a lot of the time I feel like them,” he says. “I feel like this is probably what it was like when Bun and Pimp C got together, because like them, I’m doing my own thing. So I don’t look at them like ‘Yo, I could never be like them because I don’t rap about trappin’ or being trill,’ but I instead feel like I am being like them because I’m being something different, which is what they were doing with their time.”

What Fat Tony is putting out there doesn’t sound like your typical Houston rap. He proudly acknowledges his differences, saying he also feels the love and support from these old school innovators.

“I was at a party the other night and Bun was there, Scarface was there, and new artists too. Older artists and younger mingled – everyone knows each other, everyone has each other’s numbers. It’s easy for an artist like myself to reach out to the older Houston artists and ask to pick their brain for a bit. I think all the older artists try to stay in tuned with who the new artists are, and I don’t think that’s the same way in every place. I can’t just go to L.A. parties and just run into Dre, Snoop The Game, you know what I mean? To reach out to them is more of a stretch than in Houston. But I think that’s the case because Houston is a smaller scene. It’s a huge city, but the music scene is smaller. Another city might have 20 really poppin’ artists. Houston is less; there are fewer new guys that are on their way, so it’s easy for old school and new school to really mingle.”

As Tony winds down from declaring his love of the old school, his voice picks up with excitement, talking quickly about other local artists like Maxo Kream and B L A C K I E. He says they all have that hunger for succeeding, and gratefully his rap career is starting to produce perks – like traveling out of state.

Soon his travels will take him and his music on tour, starting off in Houston with a kickoff party called ‘Fall Function’ at The Summit on Saturday, September 13th.

“It’s been too long since I’ve had a chance to get it jumpin’ in Houston and I’m more excited than words can describe. Might need an emoji for this one; probably a mix between the dude with shades, the chick pumping up her hair, and a flame would explain how ya boy feeling right now,” he tells me. “I got some of the best DJs in Texas; Good Grief and Bombón rockin’ with me. Plus a performance by the homie Rai P! I’ll have plenty Remy Martin on deck so folks can obey their thirst. See ya soon, Screwston.” 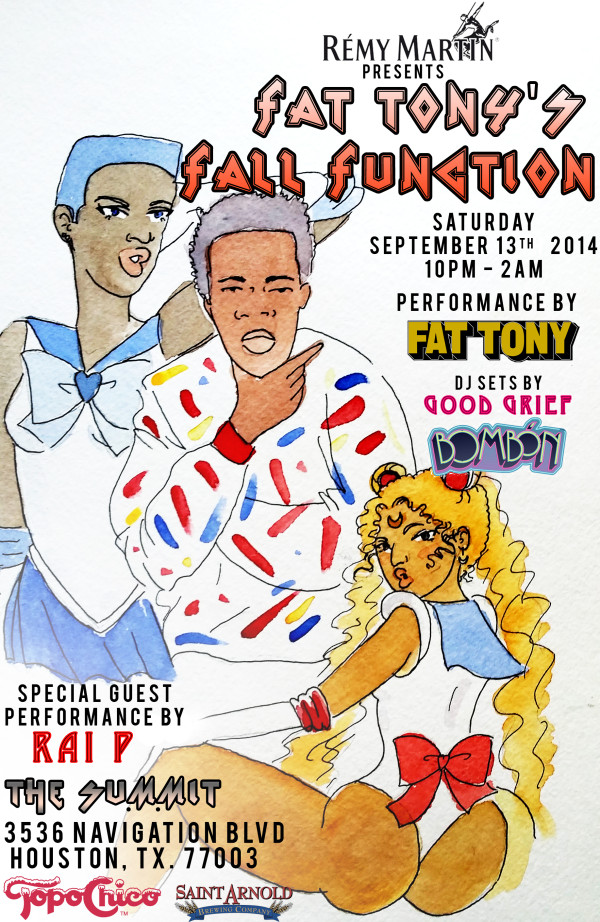 Animal Party: The Best of The Week