Leon casino, By Laila Khalili
On Thursday morning, the ACLU of Texas held a press conference at the state Capitol alongside the family of Marlise Muñoz and Representative Elliott Naishtat (D - Austin) to introduce HB 3183. This bill, also known as “Marlise’s Law,” would give pregnant women and their families the right to make their own end-of-life health care decisions, just like every other Texan. Marlise’s Law would repeal the pregnancy exclusions from sections of the Texas Health and Safety Code, which outlines procedures for end-of-life care.

In November 2013, the family of Marlise Muñoz was forced to grapple with the impossible — unexpectedly losing a wife, mother, and daughter at the young age of 33. Marlise was rushed to John Peter Smith Hospital in Fort Worth upon being found unresponsive in her home. Her family was told that she had suffered a pulmonary embolism, and was declared brain dead.

Marlise, who was a paramedic, had discussed with her family that she would want to forgo medical intervention in such circumstances. Their wishes were ignored, however, when it was revealed that her doctors were required by state law to keep her on life-support. The reason: she was fourteen weeks pregnant.

Texas is one of many states that severely restricts pregnant women’s right to end-of-life care by prohibiting doctors from removing them from life support. According to a 2012 report from the Center for Women Policy Studies, Texas is one of 12 states that invalidates a woman’s advance directive if she happens to be pregnant — regardless of how far along in the pregnancy she is.

It took a court order from district Judge R.H. Wallace, Jr. for the hospital to take Marlise Muñoz off life-support, 62 days after she was brought to the hospital. Sadly, this did not reduce the steep hospital costs or alleviate the emotional distress that the state of Texas put her family through.

Marlise’s parents spoke at the press conference, sharing their painful experience and why it is important to honor and respect what families decide together during a tragic loss.

“Marlise was human. She wasn’t an experiment. She wasn’t someone we wanted to see in a hospital tied to machines. We wanted her to live, and die, with dignity. And we didn’t get to see that,” said Ernie Machado, father of Marlise Muñoz.

“The state tied not only our hands, but those of the doctors and the hospital too,” said Lynne Machado, mother of Marlise Muñoz. “What should have been an immensely private and personal moment for our family was used as a political debate. The doctors weren’t practicing medicine, they were practicing politics.”

When a woman becomes pregnant, she and her family should not be deprived of the right to make end-of-life medical care decisions. These situations are profoundly personal and should be left to families and their doctors, just like everybody else. No family should be treated the way Marlise and her family were, but until the law is changed to reflect that our government trusts and respects Texas families, this could happen to anyone.

Representative Matt Krause (R-Forth Worth) has already introduced legislation that would allow the state of Texas to appoint a representative to speak on behalf of the fetus if the pregnant woman is not conscious, which would further undermine the rights of families like Marlise’s. According to Rep. Krause, the state-appointed guardian’s job “is to look after the interest of the unborn child and ensure that the judge has the best information possible on the condition of the child when making their ruling.”

This insinuates that the Muñoz family, and all Texas families, don’t already have the best interests of their loved ones at heart and need the state to make these personal decisions for them. While Rep. Krause may have good intentions, his proposal only intrudes on the rights of grieving families and prevents them from making important medical decisions with their doctors.

“When Marlise died, I did my best as a husband to fulfill her wishes,” said Erick Muñoz. “I don’t want to tell any family what to do in such a difficult time with such a private decision. I just want every family to have the right to make the best decision for them without interference from the government.” 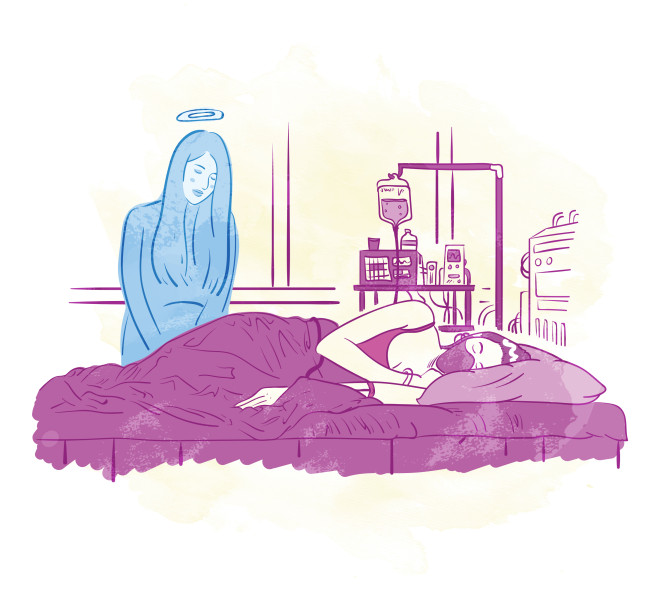