Decrease Font SizeIncrease Font SizeText SizePrint This PageSend by Email
From June through October 2009, Maziar Bahari was imprisoned by the Iranian government for 118 days. Bahari subsequently published a book about the ordeal, “Then They Came For Me.”

Leon casino, One of the charges brought against Bahari had to do with an appearance he had made on The Daily Show. While being interviewed by Jason Jones, they joke about being a spy. Not oddly, Jon Stewart, The Daily Show’s host decided to adapt Bahari’s book as his feature film directorial debut. The result is the brilliantly realized movie Rosewater, starring Gael Garcia Bernal as Bahari.

Speaking to Free Press Houston from Miami, Bahari mentions he is headed to Austin the following day to participate in Rosewater’s regional premiere, along with Stewart at the Austin Film Festival. Our conversation began with the part Iran plays in modern culture.

“I think Iran has been very important in modern culture and the American psyche for the past 35 years, since the revolution. Before that Iran had very good relations with the United States. I think that Iran and America have a lot in common and that’s one of the reasons I was put under pressure by the Iranian Revolutionary Guard was because I was quoted as saying that,” says Bahari. 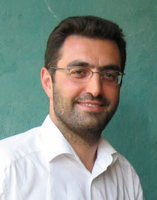 Bahari, a Canadian Iranian journalist, was covering the 2009 elections in Iran for Newsweek. Bahari, born in Tehran, moved to Canada in his early twenties. In Iran his father had been imprisoned under the Shah and his sister had been imprisoned under the Khomeini regime. It was while Bahari was on assignment that The Daily Show segment was recorded. Bahari also recorded candid video of a post-election demonstration that was used in international news broadcasts.

“It was hard to get visas to travel to Iran since George Bush said Iran was part of the Axis of Evil in 2003. Then in 2009 the Iranian government gave visas to different media in order to cover the election,” explains Bahari regarding why there were so many Western news reporters in Tehran. While imprisoned, Bahari made televised confessions and signed documents under duress.

“I am vigilant. I don’t take their threats lightly. I cannot let them scare me outside of the Iranian border. To tell the truth the Iranian government has too much on it mind these days to think about me and what I’ve done,” says Bahari.

Bahari has also directed several documentaries, many of them focused on aspects of Iran. Bahari’s first film The Voyage of the Saint Louis, about a Jewish refugee boat during WWII, was the first film made by a Muslim about the Holocaust.

“I’ve made many films, mainly for British Broadcasting.” Bahari was on the set of Rosewater about 80-percent of the production time. “I had to go back to London for one week but otherwise I was on the set every day. Basically I was sitting next to the director, advising him on different details, making sure there were no major mistakes. Because of that I think that Rosewater is the most authentic film about Iran made in the West,” says Bahari.

Some of the footage seen in Rosewater was shot by a second unit team in Tehran and sent to the production surreptitiously. The majority of the film was shot in Jordan, with one day of shooting lensed in London.

As with any representation of the truth you have to imagine that Bahari’s ordeal was far worse that what is seen in Rosewater. “ Yes, there was more physical pressure on me than what is depicted in the film. What is presented in the film is what many journalists are going through in China, in Russia, in Egypt, in many countries around the world,” says Bahari. 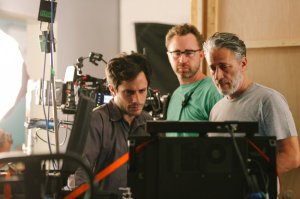 The whole experience of Rosewater unfolds like a Kafkaesque nightmare. “When a regime institutionalizes torture and interrogation, and you have people whose job is to interrogate and torture, the whole concept looses its meaning. It becomes a form of entertainment; they are part of the daily habits of the government. As you said the situation becomes Kafkaesque. Sometimes I was thinking this is beyond Kafkaesque. It was as if someone had read Kafka and they didn’t think it was ridiculous enough or surreal enough. And they had to add a bit of Monty Python to the whole affair,” notes Bahari.

The Herbal List — Looking Over From the Left Coast