Remembering the Three Victims in the #ChapelHillShooting

On Tuesday evening, three Muslim students were killed in their apartment complex near the University of North Carolina, Chapel Hill. The assailant, a 46 year old man named Craig Stephen Hicks, who lived in the complex, was arrested and charged with three counts of first degree murder. The motive for the murders has not been clarified, but the father of two of the victims stated that the perpetrator had previously intimidated his daughters. Many, including the families, believe it to be a hate crime.

While major media outlets failed to acknowledge this act of violence until Wednesday, thousands took to Twitter with the hashtags #ChapelHillShooting and #MuslimLivesMatter in a remarkable sign of solidarity.

Through these hashtags people were able to show the world just how loved these students were and the vital work they were doing for their communities. We see that Deah, Yusor, and Razan touched many lives, and they should be remembered for all they did while they were here. 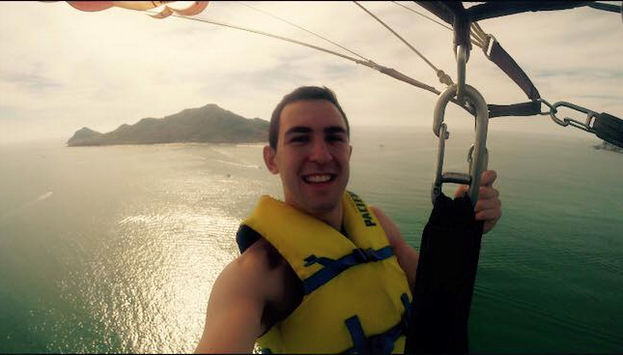 Deah, Yusor and Razan volunteered in Durham, NC with their chapter of United Muslim Relief to provide meals and dental supplies to the homeless. 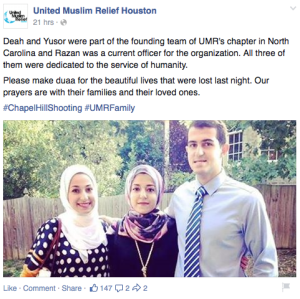 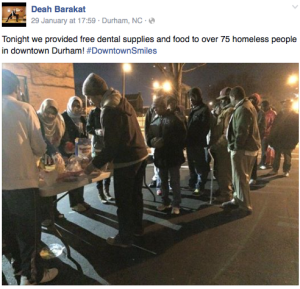 Deah also raised money for a dental relief fund for Syrian refugees along with his friend Ali Heydary:

“In summer of 2015, I as well as ten local dentists and faculty from UNC School of Dentistry will embark on a trip to Rihaniya, Turkey to provide dental care to students of Salaam School. Hundreds of students are currently in need of urgent dental care, mainly consisting of fillings and extractions. Following each procedure, we will provide oral hygiene instructions and fluoride treatment to prevent future tooth decay. In Syria, brave dentists and assistants risk their lives to provide their services, despite deliberate attacks on their clinics. These incredible individuals volunteer their time, but lack basic necessities to continue their important work.” 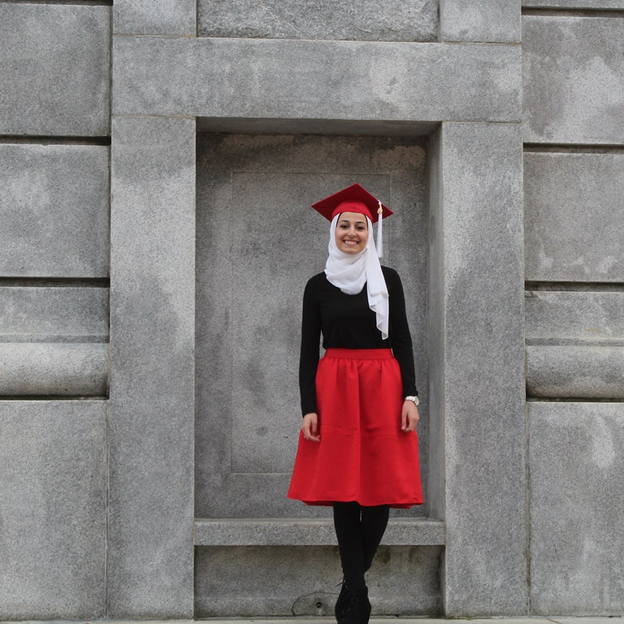 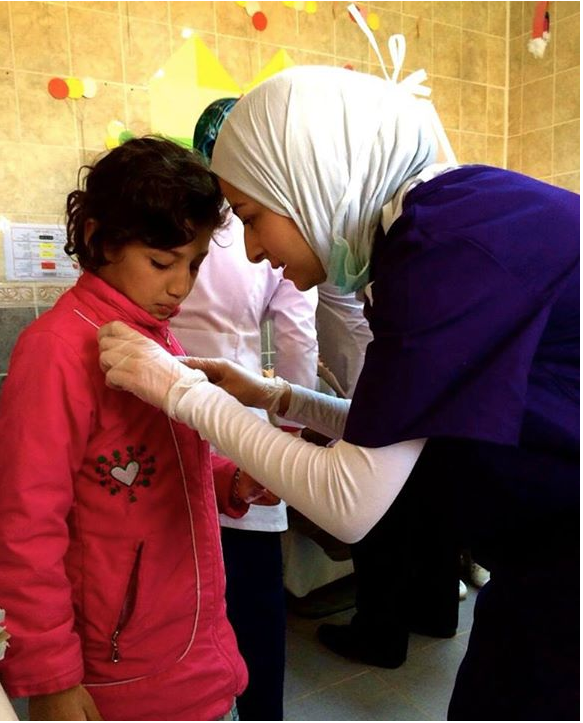 Pictured above, Yusor in Kilis, Turkey, where she was a volunteer in a dental clinic for Syrian refugees last summer.

Yusor also had mad skills on the basketball court.

Yusor Abu-Salha and Deah Barakat got engaged in February 2013, and were just married in December. 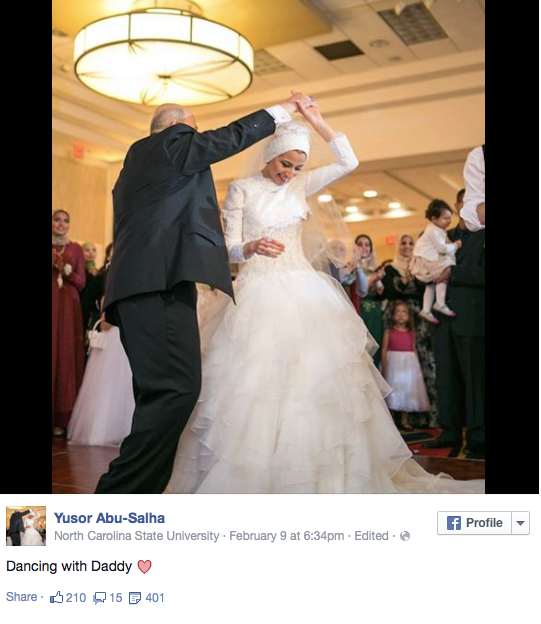 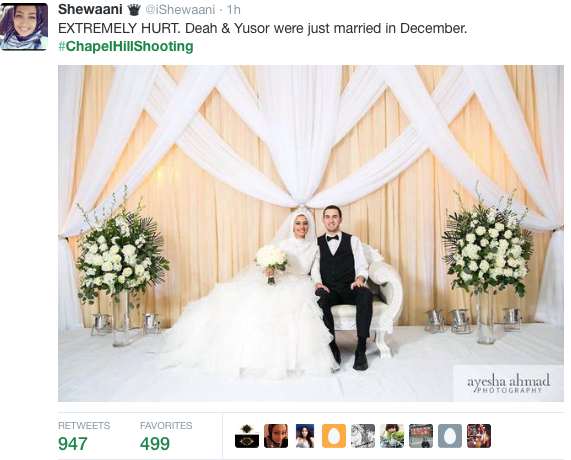 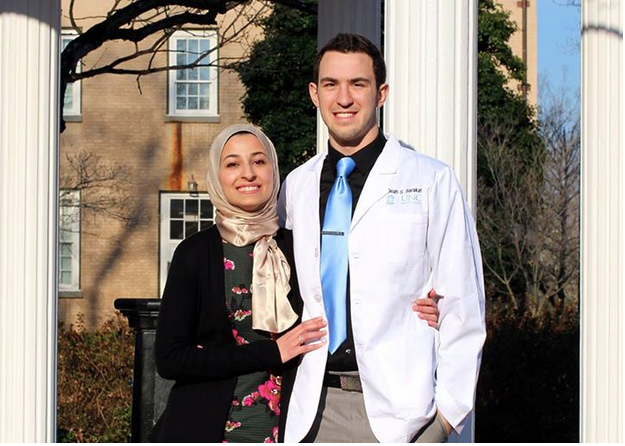 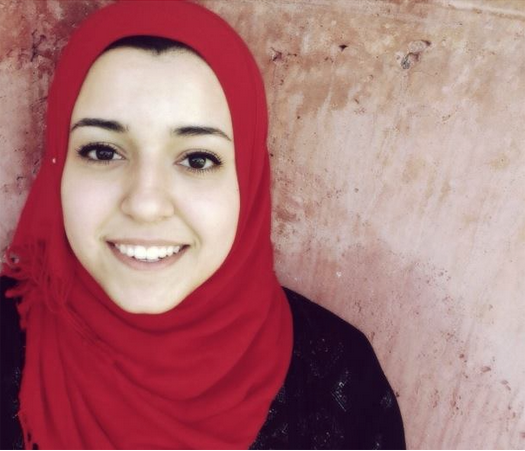 Another victim in the shooting was Razan Abu-Salha, the sister of Yosur. 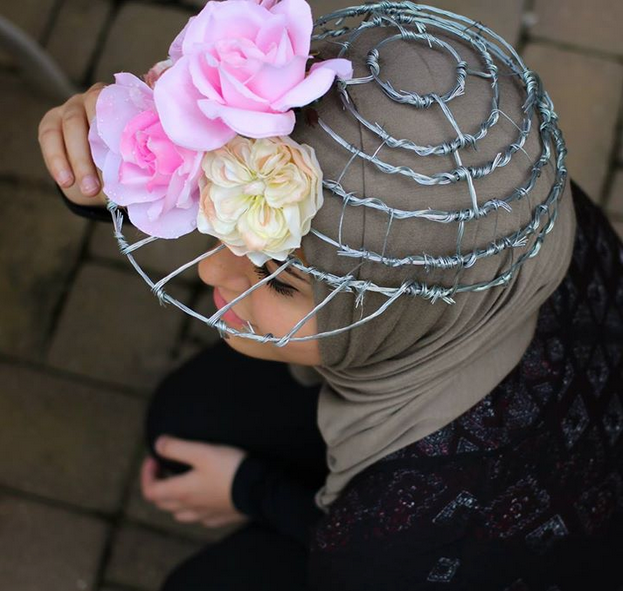 Razan also participated in fundraisers for Palestinian Relief, and was a supporter of Global Deaf Muslim, which advocates for inclusion within Muslim communities for the deaf and hard of hearing. 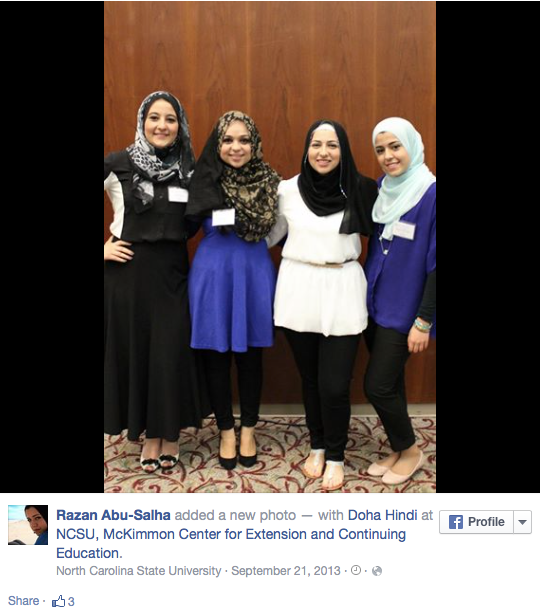 This facebook page has been set up “to facilitate communication and will hopefully carry on their legacy of service, great character and joy for life.” 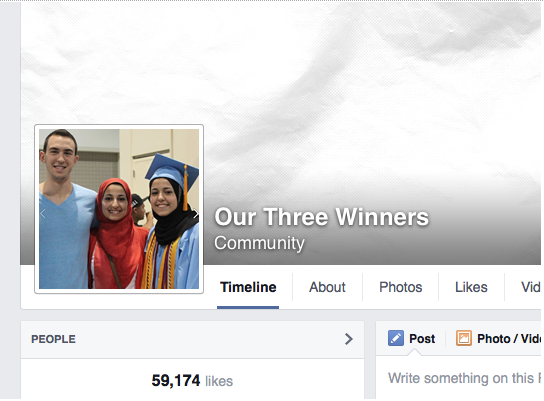 Last night vigils were held in North Carolina and across the country to honor and mourn these students’ deaths. The University of Houston Muslim Student Association has organized a silent vigil for the Houston community on Sunday. Already, there are posts on the facebook event page asking how students here can continue the legacy of helping others that Deah, Yusor, and Razan have left behind.