Leon casino, Films about outer space, exploration of the moon and the future of humankind in relation to same are in abundance at this year’s SXSW Film Festival. One documentary explores how scientists and researchers are dealing with the possibility of an asteroid colliding with Earth.

Disaster Playground, which had its world premiere last Friday night at SXSW 2015, investigates possible disaster scenarios involving space objects hitting out planet. As directed by Nelly ben Hayoun the film takes a humorous approach to the subject by getting the interviewees to appear on camera with props like a toy dinosaur or a large red telephone. 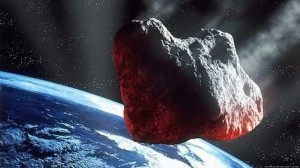 There is a grid of offices, personal and computers across the globe tracking various space objects. In one instance a small asteroid was determined to have entered the atmosphere. All but burnt up it landed in Kenya. Within a day a researcher had flown to the area and with a group of over 40 volunteers (many students) they searched and found the remaining piece of rock within two hours.

Other topics covered included the 2013 Chelyabinsk meteor that exploded in the atmosphere subsequently injuring over 1000 people. The anniversary of the 1908 June 30 Tunguska explosion will be celebrated this year as Asteroid Day (see web site). Another interesting aside is provided by a tour of Disaster City at Texas A&M University, a training ground for first responders to disaster scenarios that includes mock-ups of collapsed building and train wrecks.

Disaster Playground moves steady through its short running time, always engaging the viewer with its facts and possible situations.

EACH Woman Act Aims to Restore Access to Abortion

My Wingman | Tears of a Clown

Self/less: are two heads better than one?