Leon casino, Every year the hard decisions have to be made. Which films of the literally hundreds of features, documentaries and shorts will I be able to see at this year’s SXSW Film Festival and Conference?

The films are divided into categories like Festival Favorites, which includes Lost River, the directorial debut of Ryan Gosling. Or Special Events where the festival rolls out flicks like the original Mad Max, or the 30th anniversary re-release of The Breakfast Club.

There’re convention panels with Sally Fields, Michael Shannon (moderated by Jeff Nichols) and Gosling (moderated by Guillermo del Toro). For every recognizable name there are a hundred new filmmakers ready to make their entry into the conversation.

World premieres include Alex Gibney’s new documentary Steve Jobs: The Man in the Machine. There’s also the U.S. premiere of Love & Mercy, a Brian Wilson biopic starring Paul Dano, Elizabeth Banks and John Cusack. But that’s just the tip of the iceberg, barely one-percent of the entire program. Here is a link to the festival line-up. 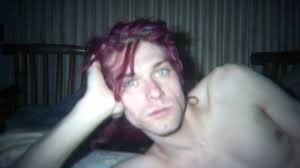 Some of the films will be hagiographies while other films will show warts and all. Either way the viewer floats into the groove of the music. The inspiration that the musician felt while they created the sounds you are witnessing are directly transferred to the audience.