Leon casino,
Driving east on 225, colossal, pearly spheres squat near stout, gargantuan cylinders. These mammoth forms are interrupted by slim towers adorned with glowing bulbs and wafting white plumes. At the perimeters, a large greeting party has gathered — indigo fire-retardant coveralls are the fashion. Their over-sized greeting cards are held on sticks slung upon their shoulders, and one bold word is repeated on each card: STRIKE.

On February 1, 2015, the United Steelworkers Union (USW) launched the largest strike by refinery workers since 1980.  6,500 union members are striking at 15 petrochemical sites across the country, including 5 facilities in the Houston area. In the negotiations, the USW leaders are representing 30,000 union members, while Shell Oil Company is representing a bloc of petrochemical companies.

Safety-related issues overlap with extended work shifts and fatigue. Fatigue can lead to impaired judgment in workers, higher risk of hazards, and a general deterioration of safe work conditions. The Occupational Safety and Hazard Administration has no standard about extended or unusual work shifts, but offers guidance to “[m]ake efforts, whenever feasible, to ensure that unavoidable extended work shifts and shift changes allow affected employees time for adequate rest and recovery.”

This begs the question: why are United Steelworkers working long, extended hours resulting in fatigue? The USW grievances imply that these conditions are the consequence of a shortage of qualified employees working at many of these facilities.

It is common practice for oil companies to hire contractors. At many of these sites nationwide, contract workers compose a significant percentage of the craft worker population. USW feels this as an imbalance. “…qualified and experienced union workers are replaced by contractors when they leave or retire” says Beevers, conjuring images of industrial musical chairs with the ratio of inexperienced workers steadily rising. Would you want a bunch of under-qualified “temps” operating chemical plants the could potentially poison a small town with a gas leak?

Over the long-term, this common practice of utilizing contracting firms often leads to high turnover of contractors among the many petrochemical plants and companies. Shell Oil Company states that the industry needs the flexibility that this provides — demand for workers rises and falls with oil prices, and contract workers ensure that the company isn’t stuck with a bunch of workers sitting idle when demand falls. The major petrochemical companies do require specific minimum training standards for workers from contracting firms, yet the USW does not find these safeguards adequate.

In an effort to clarify their attitude about contractors at petrochemical worksites, USW President Leo Gerard and North America Building Trade Unions’ President Sean McGarvey released a joint statement asserting that the “California Refinery Contractors Association undermine the standards of the USW and the Building Trades in the industry.” Basically, they are saying that non-union workers don’t meet their minimum standards for safety, thus putting other workers, the plant, and the surrounding communities at risk just so these highly-profitable oil companies can make a little more money.

Along with this criticism of non-union contractors, Gerard and McGarvey praise the quality of union contractors adding that “USW officials acknowledge the safety qualifications of NABTU contractors and acknowledge [that North America’s Building Trades Unions] utilize the best trained, most skilled and safest craft workers in the world.”

In these negotiations with USW, Shell Oil Company has accepted the unenviable task of representing the sprawling array of petrochemical companies. Concurrently, all these companies are also entangled in separate negotiations with corresponding United Steelworkers local chapters. What a tangled mess this must be!

Shell posted an internal statement to employees on their website which charges that “[t]he central issue of the USW’s national leaders is their continued demand that Shell replace routine maintenance contractors with USW-represented employees.” Shell hopes to present a united front, yet with so many players, this seems like a precarious undertaking.

It should not come as a shock that on Saturday, February 21 the negotiations came to an impasse. According to USW local 13-227 president Gene Oliver, Shell’s representatives left the talks and stated that they will not return until there is a mediator from the Federal Mediation and Conciliation Service. Currently, there are no new meetings scheduled for negotiation.

In addition, tensions at the picket line have increased. On Monday, February 23, USW members were picketing in front of Shell facilities in Deer Park. The sidewalks in front of the facilities are owned by Shell, so the picketers walked into a conundrum — without a clear space where USW members can legally picket, picketing workers moved onto the road. A little before 6:00 PM, representatives of Harris County Sheriff’s department arrived at the Deer Park refinery. Three USW members were arrested on the charges of “obstructing highway or other passageway.”

When I spoke with the Harris County Sheriffs Office, I was told that the plaintiff, a Shell employee, had alleged that there were numerous attempts by the union members’ picket to stop vehicles coming and going into the Shell facilities. As of press time, Shell has not returned my calls for comment.

With negotiations unraveling alongside pressures at the picket, this work stoppage is likely to carry on. 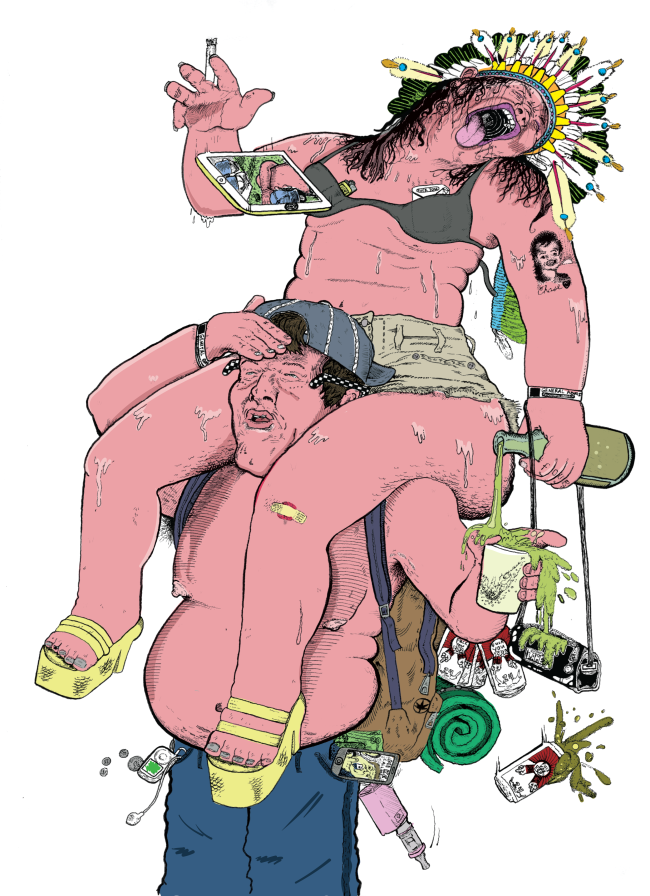 FPSF: Who to Wear, When to Smell, What to Go