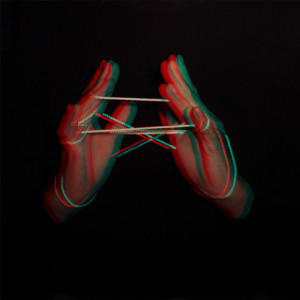 The thing about terms (say surf rock) is that can be reductive. They evoke images of style, and if one were abhorrent to a particular style, they may inadvertently dismiss something possibly wonderful. Almost happened to me, as I am not the biggest fan of — though not repulsed by — surf rock. However, while definitely an accurate epithet for their music, La Luz’s latest is much more than one thing. Ty Segal did a wonderful job of fleshing out each player’s contribution: the almost Motown bass lines, the brilliant percussion, the multi-colorful keys, and the dynamic guitar playing. Four part harmonies reminiscent of the best 50s pop and 60s soul, slow burners (“I Can’t Speak,” “I’ll Be True,” “Oranges”), toe tappers (“Don’t Wanna Be Anywhere,” “Black Hole/Weirdo Shrine,” “Hey Papi”), this album is consistently satisfying after repeated listens. Catch the wave. 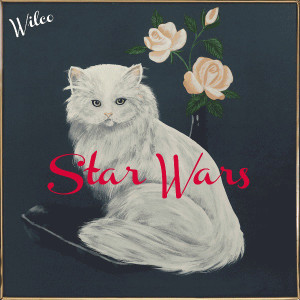 Eleven albums in, Wilco has the special ability to be self referential within experimentation, no matter the direction, they ultimately sound like Wilco, but this is the best they have sounded in years. Wilco is most identified by your album introduction — mine was Yankee Hotel Foxtrot — and that album was sort of corner turner for the band; a more experimental band that had Americana leanings, they were Big Star and CAN. This album has more tempo than previous efforts (Random Name Generator, Pickled Ginger) “You Satellite” is kind of like Wilco as Sonic Youth, but mainly Wilco, “Magnetized” is a new direction but would not have been out of place on Sky Blue Sky or A Ghost Is Born. At this point Wilco is beyond expectation or statement; this album sounds fun, it sounds loose, and for a band that is seen and judge so methodically, fun is a welcome attribute. 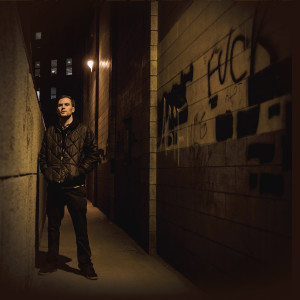 The fall of man is an interesting idea, what is the catalyst of the fall? A phrase used to describe sort of a debilitated state brought on by the outside forces; C. Wright Mills had a book he orchestrated called “Images of Man,” and it spoke about the many things that effect man: the economy, the future, love, the past, etc. I attribute these ideas to Holy Sons’s Fall of Man, the latest album by Portland’s Emil Amos. With titles such as “Being Possessed Is Easy” or “Disintegration Is Law” it is not the cheeriest affair, but as he speaks of the “Myrcenary World,” there is the question of what “the world” represents. At times. everything can be a relationship or a career, or family, and any sort change or loss in that world can create a feeling of being “Trampled Down.” It is ultimately up to the listener to determine as they fall into these songs that conjure sounds reminiscent of 70s era Pink Floyd or Deep Purple. 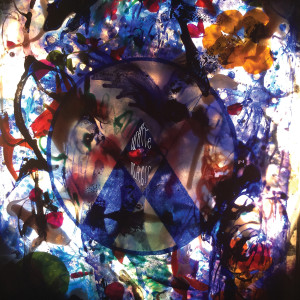 Mira Billote’s voice has a similar quality to that of say a Karen Dalton or a Nina Simone, it is a unique instrument unparalled by peers or contemporaries; it is the type of voice that gives each song her own signature, it becomes independent of anything but her tone and phrasing. A song such as Runaway sparsely accompanied by only piano and slight echo is still powerful because of parlance and space. White Magic has always been wonderful because of this, they are not one of, or another, they are their progenitors of their own style. I’m Hiding My Nightingale is another in their discography of mini albums (Through The Sun Door, Dark Stars — both on Drag City), how even in its brevity there is virtue and faculty, what others may need an hour or so to do, they accomplish in roughly 20 minutes. “Out Beyond The Moon” maintains the traditional feel of a folk song, the simplicity of spiritual, and that is probably the biggest attribute to their mysticism, the absence of noise, the will to allow songs to breathe and be.

DERADOORIAN - The Expanding Flower Planet (Anticon)
Angel Deradoorian is known by many, based on her membership in bands such the Dirty Projectors and Avey Tare’ Slasher Flicks, but she is a dynamic artist in her own right, who has sporadically released music over the last few years, most notably 2009’s Mind Raft EP. The Expanding Flower Planet will be the first debut album by Deradoorian and it looks to be a compelling affair. “A Beautiful Woman” is the first taste of this meal, and what a first entree. Deradoorian employs many styles whether it be soul, jazz, avant jazz, or whatever — the styles never saturate or affect the wholeness of Deradoorian’s vision as each song carries an individualism and spirit that dictates the pieces as parts but never greater than the whole.

MINT MILE - In Season and Ripe (Comedy Minus One) 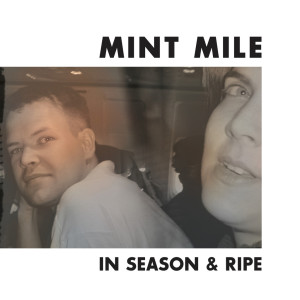 Mint Mile is comprised of members of Bottomless Pit/Silkworm, Songs: Ohia, and Tre Orsi. Like those bands, Mint Mile comes from a place of subtle brilliance and understated elegance. This is displayed no more plainly than the lyric from “Modern Day” — “In the modern day everything’s turned on, there’s no peace for the young ones.” These are songs of introspection and observation, a look at what is, but also thoughts from outside of the thing; it is music for those who are settled but still restless, no more looking for what the world is to be. All of the members are arbiters of great musicianship, but also great songsmanship, a creation of skill and craft, more than flash and hype. This is not about punches thrown, it is about the punches that land — it takes only one to floor you. 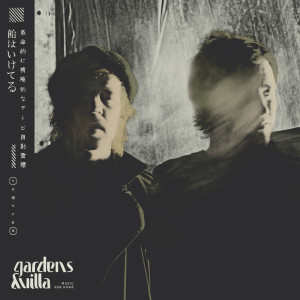 It is hard to think of our lives outside some sort of critique of technology and engagement, the zeitgeist and its trappings, or just the inability or desire to find a clear headspace in the nonstop world of hyperlinks and likes. Garden and Villa’s Music for Dogs is an album that addresses these concerns or lack therof. The song “Fixations” speaks of trying to make it “underneath the radar, ” or a song like “Everybody,” with its chorus “Everybody wants the new you, noone cares who you are, taking picture of the new you.” This is a soundtrack of the rustle and the bustle, seeing ourselves from outside and inside of the bubble, poking at the bubble — making or looking for holes, or maybe just questioning its composition. Song titles like “General Research” or “Maximize Results” juxtaposed with others such as “Happy Times,” “Alone in the City,” and “Paradise” help illustrate this life of function and fancy, being here in hopes of being there, or being there as a way of cope with being here; the idea of a moment, in creation, the idea that not only is there this, but that there has to be more than this.