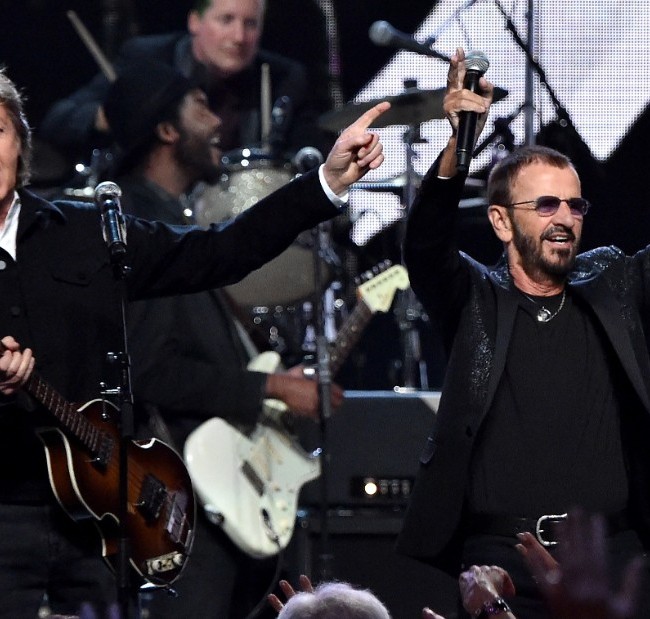 Leon casino, “If music be the food of love, play on,” says Duke Orsino at the beginning of Act 1, Scene 1 of Twelfth Night. There’s a lot of love on display in the 30th edition of the Rock and Roll Hall of Fame Induction Ceremony.

HBO broadcasts the complete 2015 Rock and Roll Hall of Fame show tonight, May 30 with repeat screenings throughout June. The ceremony took place on April 18.

The thing about this particular awards show is that the participants and winners are allowed to talk as long as they want and say what want without bleeping the occasional f-bomb. There are moments that will choke you up. After all when you’re watching a rock idol speak and they break down in suppressed tears it’s pretty hard not to feel empathy and want to join in the band. In today’s age, with the plethora of awards shows that are all timed and controlled, unfortunately that includes the Oscars, it’s refreshing to watch someone who deserves said award speak with heartfelt insight, and utter their recollections until they are done. 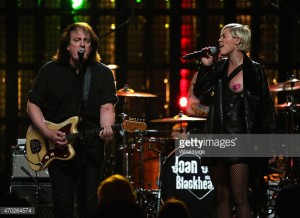 onstage during the 30th Annual Rock And Roll Hall Of Fame Induction Ceremony at Public Hall on April 18, 2015 in Cleveland, Ohio.

The inductees are: Joan Jett and the Blackhearts, The Paul Butterfield Blues Band, Bill Withers, Green Day, The “5” Royales, Stevie Ray Vaughan & Double Trouble, Lou Reed, and Ringo Starr. Reed and Starr were previously inducted with their respective groups The Velvet Underground (1996) and The Beatles (1988). Vaughan and Reed and Lowman Pete Pauling (lead guitarist and leader of The “5” Royales) receive their honor posthumously.

The musical numbers contain one highlight after another. Tommy James and Miley Cyrus join Jett for a rousing version of “Crimson and Clover.” Stevie Wonder performs “Ain’t No Sunshine,” perhaps the single best performance of the night, solo with a tapping instrument called a harpejji, with Bill Withers sitting next to him. Patti Smith’s induction of Reed is filled with sweet emotion only to be outdone when Laurie Anderson, Reed’s widow, comes out to receive the award and talks about how she was holding his hand when he died. 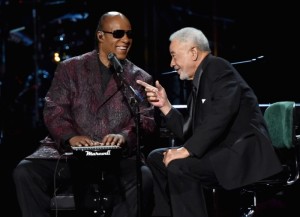 The rendition of “Texas Flood” by Jimmie Vaughan and Double Trouble seems especially apt considering the last week’s weather in the Lone Star State. The most informative introduction comes from a bevy of drummers who describe the style of Ringo Starr. One drummer after the other is filmed against a white stage doing their take on a Ludwig drum kit identical to the one used by Starr. “Four drums, that’s all Ringo Starr ever needed,” explains Springsteen drummer Max Weinberg.

Chad Smith (Red Hot Chili Peppers) demonstrates how Starr would lead from the left to the right, the opposite of how right handed drummers play. Taylor Hawkins (Foo Fighters) plays what he calls the Ringo Swing. “He kind of washes the windows on the high hat, man.”

The induction ceremony was held in Cleveland, home of the Rock and Roll Hall of Fame Museum. A good time is had for all.