Leon casino, “What do you do when you have nothing but you’re full of ideas and innovation?” asks Mark Duplass in his SXSW Film Keynote speech. Duplass gave an inspired “ABCs of how to make an indie film” speech as part of the 2015 SXSW Film Keynotes. Other speakers included Selma director Ava DuVernay, RZA, and Christine Vachon.

Duplass made succinct bullet points, such as making a $3 film as opposed to making a $1000 film, or getting an agent and what to do when you get one. Another important tip was how to court name actors to work with a no-name director. Duplass also advised learning Mandarin. “You can get a job translating at $25-an-hour anywhere,” and use that to finance your DIY movie making lifestyle. Duplass is pro VOD (video on demand). “Don’t worry about your first film not playing in movie theaters.”

Good advice was cheap and parking was not at this year’s SXSW. About a block from the Austin Convention Center, National Geographic had a series of tents to promote their cable series Life Below Zero (or Life Below Zed as it’s known to one of my friends from the UK). Using the concept of the escape room, groups of six people go into a chilled tent (A blast of AC felt good on this particular warm spring day.) filled with props like fishing holes and ice chests and snow. The participants must divine clues that allow them to open locks and get out within 20 minutes.

There were so many hospitality suites with munchies and booths handing out green health drinks (Cleanse yourself bro!) that I secretly desired to slip away and buy a hot lunch. 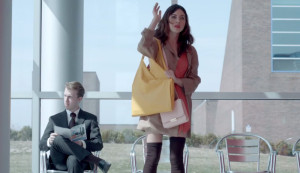 Some of the films your humble scribe saw that left an impression included a half-dozen music related films as well as Hal Hartley’s latest feature Ned Rifle. Hartley continues the story of Fay Grim and Henry Fool by focusing on the now grown up Ned Rifle. Just like Richard Linklater let us watch actors age over two decades in the Before Sunrise trilogy, Hartley has given these characters a solid trajectory and keeps his entire cast intact while also adding Aubrey Plaza to the mix.

Music is integral to the Austin scene, and music docs reign supreme in the Capitol City. Sir Doug and the Texas Cosmic Groove celebrated the rise and continuing evolution of Doug Sahm. Augie Meyers and Doug’s son are among the talking heads. A great vintage clip of the Sir Doug Quintet playing “Mendocino” from Playboy After Dark in 1969 brings back fond memories of how fresh that organ driven rocker sounded in the psychedelic era.

Kurt Cobain: Montage of Heck examines Cobain through his personal diaries and personal films and videos. If his youthful writings are to be believed he was trying to kill himself his entire life. Montage of Heck will play theatrically and on HBO in upcoming months. Great performance clips and talking heads from band members and intimate footage of Kurt and Courtney Love. Montage of Heck definitely pulls hard on our emotional ties to Cobain’s legacy. Very satisfying yet stirring and poignant.

All Things Must Pass is a tribute to vinyl with the focus on Tower Records. In 1999 Tower made over a billion dollars yet currently has closed its North American stores after filing for bankruptcy. Frank interviews with the owners trace the evolution of the store on the Sunset Strip from the Nixon days to its current status as a small chain that only exists now in Japan. Pic was helmed by Colin Hanks. 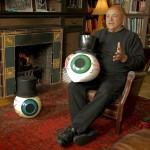 Theory of Obscurity takes the viewer inside the head, or the giant eye, of cult rock group The Residents. Talking heads include Matt Groening, Penn Jillette and Jerry Casale (Devo). The whole point of The Residents is that we’re not supposed to know their identities, and for the most part that remains true. TOO has one of the best lines heard during the festival: “Relationships are like garage sales. It looks good from a distance but when you get there and start digging around it’s just a bunch of shit you don’t need.”

FPH covered The Ecstasy of Wilko Johnson in a previous article. Danny Says is a remarkable doc that covers a couple of decades of tumultuous change in American culture as seen though the eyes of Danny Fields. 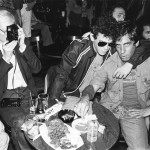 Fields started as an Ivy League apprentice at Warhol’s Factory and proceeded to make friends in rock circles while working as a music journalist. The film covers Fields’ time with The Velvet Underground, The Doors, Iggy Pop and the Stooges and ending with his five-year stint as the manager for The Ramones from 1975 through 1980. Fields is the last person to pull punches as he recounts the good, the bad and the fugly. Jim Morrison tried (unsuccessfully) to have Fields fired as a publicist for Electra Records when Fields would not bow down to the Lizard King. Fields may have one of the most famous couches in New York City with all the rockers and shakers who have crashed there.

Obviously with this many musical documentaries some will lean towards hagiography. Movies like Montage of Heck and to an extent Danny Says are more on the money, not afraid to show the dark side of the subject. Also, seeing music docs at a film festival is a chance to see them before they have to spend additional money clearing music rights for theatrical release.

A non-music doc that offered a sobering perspective on police tactics was Peace Officer. We observe the militarization of police forces through the eyes of a former sheriff who started the first SWAT team in his region. Thirty years later his son is killed during a standoff by the same special division he created. One sequence shows a typical raid where the SWAT teams busts down a door and waste the occupant who has raised a golf club to defend what appears to be a break in. All this is captured by one of the team’s helmet camera. 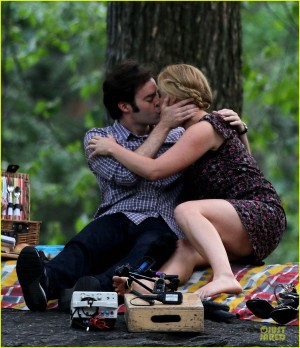 Along with these indie gems were some big studio productions gathering street cred. While Spy, helmed by Paul Feig and starring Melissa McCarthy and Rose Byrne, has its share of laughs it’s no Bridesmaids or even The Heat. That’s not to ignore the seduction of its potty-mouthed parody of spy adventures. More on track was the work in progress screening of the Judd Apatow directed Trainwreck. This was one of those legendary SXSW screenings where the audience electricity was like a rock concert. Written and starring Amy Schumer, with second bananas Bill Hader and a surprisingly funny LeBron James (we know he’s got game but he can also act), Trainwreck, set for a summer release from Universal, will be a guaranteed hit. Other co-stars include the 100-year-old Norman Lloyd and Tilda Swinton who was so into her character that I didn’t recognize her until the end credits.

Sounds in the Key of Love: Stevie Wonder at Toyota Center