You(genious) Heats Things Up With Cold This Friday

Leon casino, There is a lot of Houston in local singer/writer/rapper/professional party-crasher You(genious)’s groundbreaking musical Cold. From the bevy of local artists who collaborated on the project to the sounds and slang (the program handout for the show is called Play Trill, a play on the well known Play Bill), there is no shortage of hometown pride. On top of that, You(genious) encourages audience members to bring blankets, clothing, and other necessities, which he distributes to our less fortunate fellow citizens, the homeless. 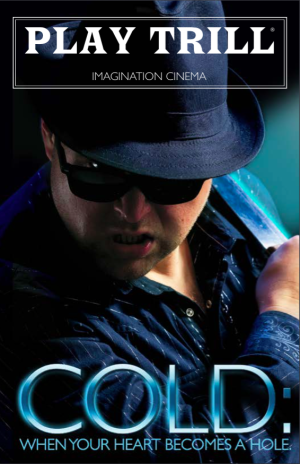 Cold tells the story of one such person — a singer without a home. A busker. That last bit, though, is a little ironic, because for all we do have in Houston, busking and buskers is definitely NOT something we have in this city, most likely because we don’t have much in the way of public space. As a matter of fact, I’ve seen You(genious), himself, along with his long-term collaborator The UNbearable DJ Juan 1, get kicked out of Discovery Green for busking. 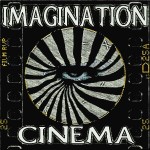 I’m really nitpicking, though. Houston may not have much in the way of busking culture, but we are indeed a city known for risk-taking and experimentation. Along those lines, You(genious) has invented a whole new form of musical, something he calls Imagination Cinema, an immersive experience in which the audience dons blindfolds, kicks back on a cardboard box, and, well, imagines what’s going on. Something like a throwback to old school radio theater, like The Cisco Kid and The Shadow — I used to love listening to those on AM radio during road trips when I was a kid.

I had the pleasure of sitting down with You(genious) about a month ago. Here is part of our conversation (and one jam from the show for your listening pleasure as you read).

What is with the blindfolds? What do you gain from that artistic decision?

The whole purpose is to make people use their imagination. Everything is always done for you, everywhere that you go. You got a billboard here and an ad there…you’re watching videos everywhere. When you take that away you’re just inside your own head, you know what I mean?

Same thing with lying on the cardboard box — it helps people to imagine what it’s like to be homeless. Plus, I tell people to bring their own blanket, and afterwards, if they want to, they can donate it to the homeless. We raised over 125 blankets and 2,500 articles of clothing with the eight shows we did last year.

Have you ever talked to people about what the different characters look like in their imagination, since you don’t give any physical descriptions?

DJ Juan 1 envisions the character Cold as a raccoon. He has like a cartoon take on it.

When did you write this story?

About four years ago. Took a long time to record and put in all the sound effects.

So you wrote the story first?

No, I starting writing songs first. I just had a general vibe of where I wanted to go with this. So I took a lot of my old poetry and put it to song. A lot of the songs are really poetic, that’s some old poetry. Then I just knew the general concept of what I wanted to do, but then I just started writing story around songs and then put other songs in and all of a sudden I had a musical.

What is the story of Cold?

It’s about a homeless street performer who’s at the bottom of his life. He falls in love, comes up, and doesn’t know how to act when he gets what he wants.

For fear of giving away too much, I will leave it at that. Come out this Friday, March 20, to see (not see?) another performance of this unique (if not one-of-a-kind) show. Come early to get in the right mood and catch the “busking” performances by poet Kyle Blue, rapper John Black, and the singer/songwriter duo Consider Me Festive from Los Angeles.

Or…show this article at the door and receive $5 off admission.