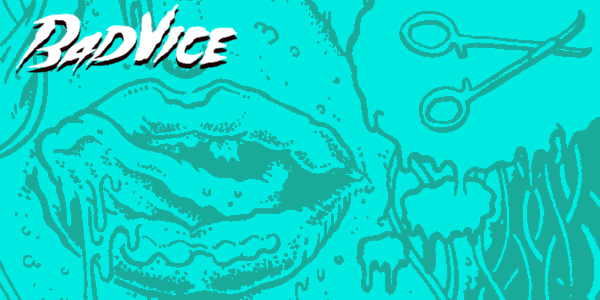 BADVICE: IS THIS SUPPOSED TO BE FUNNY? V-24

After dating this girl for 8 months she had a meltdown and started reading self help books and watching motivational videos. she likes to talk about how its helped her, its changed her life, and i guess she is a better person, but i just dont believe in any of that shit. should i just tell her to shut up about it or dump her completely, count my losses and start over?

Who cares if you don’t believe in it? If she’s not trying to make you do it, then fuck off. If everyone believed what just you believed, this place would be fucking boring. The fact that your girlfriend is trying to better herself speaks way more volume than you being annoyed about something fucking stupid.

PS – the idiom is cut your losses, not count them. You count your blessings. Maybe you should be doing that instead of bitching because your girlfriend is trying to do something positive for herself.

There is not, but don’t you worry! It’s not the end of the world. Just do a little back and forth. Eat her out. Put it in. Go down again. Stick it back in her. You can also get your thumb really wet and then rub her clit with it while you’re fucking her. Duh. But you know this already.

A Crisis of Personality. I’m not that girl. I thought I wasn’t at least. My womb is singing to me or some shit and I want a kid so badly now. Everyday the impulse is stronger.  But when I entered my relationship 3 years ago, I was just a normal chic. Now all I want to do is ride some D to Babytown. I presume this is some sort of evolutionary imperative that my body/hormones are bathing me in.  My dude does want kids, but like 5 years down the road. I love him so so much, but what if that might be too late?   How do you balance having dreams in a relationship in this modern era?

Are there children in your life currently? If there aren’t, borrow one of your friends’ who are parents and hang out with their kid. You’ll find out very quickly if you’re meant for the kid life or not. People always say it’s different when it’s your own, which might totally be true, but if you find that you don’t have the patience (even with someone else’s kid) you’re definitely not going to have the patience for kids in general.

Problem with my uncircumcised penis? Should I stay with a girl who doesn’t like my penis being uncircumcised? I mean whats up with that shit? I haven’t ever been self conscious about it until about 2 years ago when I started getting with woman who made me feel bad about it. One cunt even said I should call her back if I ever decide to get circumcised as an adult. Why does it matter?

It doesn’t matter. The only thing that could be wrong with an uncut dick is smegma. But if you’re taking care of that, then don’t worry about what some cunts say. There are girls out there who like to get in it. (and by get in it I mean circling inside the skin with their tongues… HEYO!)

You should record them fucking. Then you can either make it your ringtone so that every time someone calls you around her, she’ll get the hint or play it loudly when you know she’s sleeping and see if it wakes her up.

Is this suppose to be funny?  Yes, I’ve read the disclaimer, if I don’t like it, don’t read it. But yet each week I find myself hoping the advice you’re giving gets wittier, but it’s always ending in the same dissatisfying feeling. Because quite frankly it just seems like the people running Free Press are just handing out columns to all their friends like candy on Halloween.    (I just sent you the same question, but this time I had to fix my spelling error, just fyi as to me sending this again)

Is this suppose to be funny? Yes
Yes, I’ve read the disclaimer, if I don’t like it, don’t read it. Well, you forgoing the disclaimer isn’t really my fault.
But yet each week I find myself hoping the advice you’re giving gets wittier, but it’s always ending in the same dissatisfying feeling. Well, it’s called BadVice, not WitVice.
Before I quit reading all together, I just needed to ask how did you get picked to write Badvice? Well, every Halloween, Omar takes a big bag with ideas for pieces for Free Press Houston that he hands out to people when they come Trick or Treating at his house.
Because quite frankly it just seems like the people running Free Press are just handing out columns to all their friends like candy on Halloween. Holy shit! How did you know???
(I just sent you the same question, but this time I had to fix my spelling error, just fyi as to me sending this again) Thank you for fixing your grammatical errors even though you said “Is this suppose to be funny” twice. It should be ‘supposed’, ding dong.

PS - FPH has said “Submit to Us” for the last 10+ years… Maybe you should submit something instead of bitching because I did.