Leon casino, You know how you have to order your coffee by designating grandé or venti? It’s similar for movies; you have to decide to see the IMAX or the 3D, or to go to the repertory house or the microcinema. A new series of films in an intimate setting, curated by Michael Sicinski takes place at the Blaffer Art Museum on the University of Houston campus starting this week.

The Blaffer On Film series will be unwinding with three different visual artists over the next three months, including the work of Vincent Grenier, Stephanie Barber, and Jodie Mack. “I think there’s a lot of interest in this since no one else in Houston is showing this kind of work outside of the Houston Cultural Arts Festival,” states Sicinski in the series’ press release. 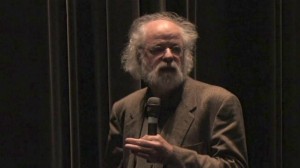 On Screen kicks off this Thursday, February 20, at 7 pm. with Ithaca-based filmmaker Vincent Grenier presenting a two-hour program of his films. From the Blaffer website: “Grenier explores the capacity of video to alter our perception of landscape and the natural world, particularly our uncertain place within it. His work belies any assumptions about the coldness of post-cinematic images; he is a true poet of the medium.”