Leon casino, There are few films that deserve the cult status accorded exceptional cinema as the ‘80s dance films Breakin’and Breakin’ 2: Electric Boogaloo (4/21, Shout! Factory). This duo of hip hop dance movies were both released in 1984 and were quite the profit cows for the then Golan/Globus run Canon Films. 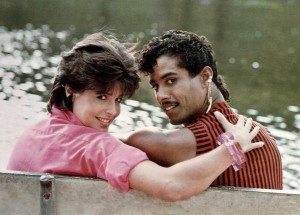 Both film feature Lucinda Dickey (awesome performer who unfortunately made only a handful of films before retiring) as Kelly, Adolfo Quinones (a major choreographer of his time) as Ozone and Michael Chambers as Turbo. While the sequel Electric Boogaloo towers above most films of the dance genre, each film has moments of spectacularly designed breakdance sequences that merge that world with the world of jazz and classical dance moves. This is no danse macabre. These films are shot and edited with the finesses of the best Hollywood films. 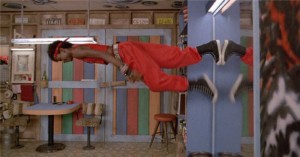 Electric Boogaloo has one sequence where Turbo dances in a room that is mounted on a gimbal, with the camera locked into place and capturing the spinning of the room – even though the room doesn’t appear to move. Turbo walks up the sides of walls and dances on the ceiling. His girlfriend enters the room and stands there while Turbo does his slick moves upside down. Only in the two-shot she is tied into place upside down and Turbo is upright. If that sounds familiar it is because it’s a nod to a similar sequence expertly executed by Fred Astaire in Royal Wedding. Only Electric Boogaloo takes this conceit and rocks it to the boundary of cinematic coolness.

Electric Boogaloo is a movie in motion. The dance scenes, and they occur ever ten minutes or so, are so well done. The arm, leg and body moves are action incarnate – you feel like you’re watching a Walter Hill film from the 1980s. 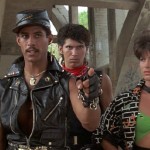 I dare say that these two films would appeal to action fans that don’t usually watch dance films. The kinetic energy on display propels the Breakin’ films like rockets. You don’t have time to notice the thinly stitched plots. Many of the dance sequences are captured in wide shots that give the viewer a feeling for the groove, as opposed to many current dance films (like Step Up) that are quick and choppy in their editing.

Keep on eye in the background too. Ice-T (Tracy Marrow) appears in his first movie roles, and that shaking guy from the Michael Jackson “Beat It” video is doing his thing in a hospital scene. 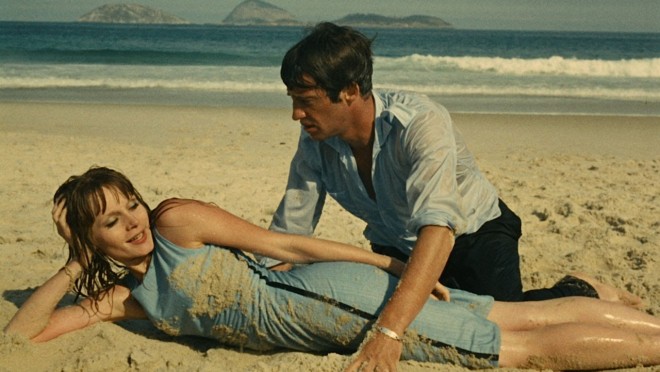