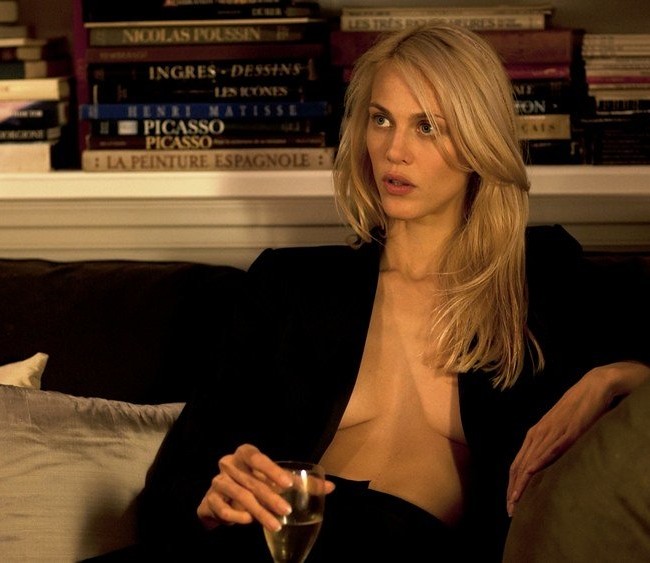 Leon casino, I like a lot of films, and that includes films where the central characters have nothing that compels sympathy or empathy. We’re not talking anti-heroes so much as those who lead a life of debauchery or malice.

Certainly in the past Hollywood films as well as international product dealt severely with those that crossed societal norms. If you committed a crime or were morally repugnant you paid the ultimate price for your avarice. Even the anti-hero, like Easy Rider’s Hopper and Fonda (1969), had admirable traits that despite their alternative path still adhered to a policy of coolness. Obviously times change and now in cinema pretty much anything goes. And who can complain when excellent movies where the bad guy visibly triumphs are nowadays a dime a dozen, like No Country For Old Men (2007).

A couple of French films open in Houston this weekend and the aspects of each film that kept me fascinated was the very fact that the lead characters are despicable. Not despicable like Despicable Me, possibly the worst cartoon movie franchise ever, but despicable as in you left your drugs out and your dog ate them and then convulsed to death while you were too fucked up to notice. 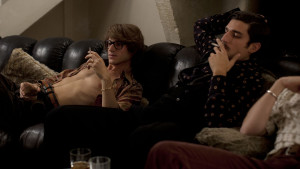 Saint Laurent (Sundance, 5/22) examines ten years in the life of fashion designer Yves Saint Laurent who changed modern fashion in a way that empowered the people who donned his wear. We witness the turbulence of the ‘60s and ’70, sometimes in a split screen with the news and events on the left and the narrative on the right, and always ensconced in a citadel of wealth that excludes those not privileged. Direction by Bertrand Bonello keeps the pace afloat occasionally going back and forth between different years but keeping the continuity intact. The lead performance by Gaspard Ulliel covers the gamut of possible human emotion. And just like the 8-ball in a game of pool Ulliel has to bounce all over the board before hitting his hole.

A narrative biopic that goes places where most biopics don’t go, Saint Laurent takes the aud into the mind of an obsessive compulsive who manages to imbibe drugs and drink with the same desperation that he creates a fashion empire. One sequence involves lengthy dialogue in multiple languages as we go through a legal proceeding that determines where the profits will eventually lie.

Likewise another lengthy sequence, a party scene, has Yves and his buddy drinking and drugging to excess. Saint Laurent, if we are to believe this film, was addicted to pills, not pot, and used the booze to level out his high. Yves, half-naked, totters drunk with an expensive bottle of whisky in his hand. The bottle falls to the floor and bursts into many pieces, and soon Yves follows in a drunken move that lays him prone. When he gets up his pumped-up abs are scarred with blood. Meanwhile his pet French Bulldog, a smooshie so-called because of the smushed face, has gotten into the drug stash. Bonello creates a montage of the dog eating the drugs, drooling on the drugs and eventually dying of the drugs, all while Yves marvels at the blood on his torso like he’s Iggy Pop at a Stooges concert.

Soon afterwards, and for the rest of the film, Saint Laurent tries to replicate his lost pet. He makes a visit with flowers to where Moujik is buried. What, you didn’t think the dog had a name? Yves auditions a leash of French Bulldogs to find one that looks exactly like Moujik. For the rest of his life Yves is trying to find the moment where he lost his beloved pet. And at the same time running a fashion empire that has expanded into perfume and a way of life.

Saint Laurent taps into a peculiar psychological devise to tell its story. No matter how repulsed you are by the actions of the protag you still identify with the need to go back to the thing that initially made one happy. Yet it’s always out of reach, and just a distorted memory.

One scene in the ‘70s shows Saint Laurent alive and functioning on his daily dose of poison and yet the newspapers are speculating on his death because he hasn’t been seen in public in a few weeks. The end of the movie shows an old man surrounded by his possessions seemingly happy in his museum-like setting yet living with the regret of what he could have accomplished in a separate universe.

In the Name of My Daughter (River Oaks Three, 5/22) unfolds in phases. First is a melodramatic act that sets up the major players. Catherine Deneuve owns a casino but is being forced to fight to a mob mentality that wants to form a monopoly of such establishments. The film is based on true events that transpired in France in the 1970s, which involve conspiracy and a murder.

Guillaume Canet plays Deneuve’s lawyer, a shady individual at best. Adèle Haenel plays Deneuve’s daughter who at one point enters into an affair with Canet and also, as a member of the board of her mother’s foundation, votes against her maternal parent to accede the leverage of the casino into the mob’s hands. Canet also happens to be one of the current French lead actors of note while also being a director of renown (Tell No Lies, Blood Ties). Haenel has been in films for years but this is her first film to be distributed domestically. Haenel has no qualms about appearing nude on-screen.

The second part of ITNOMD moves to a romantic phase emphasizing the romantic, yet very French devil may care, nature of Canet and Haenel’s relationship. The final act moves forward a generation in time and focuses on a trial as to what happened two decades previous.

Director André Téchiné has directed over two-dozen features and a few of them have been available domestically, so he’s got a name and he’s got a rep. In the Name of My Daughter is just the cherry on top of his many previous films.

If there was anything that ever took me out of the film it was the age make-up for Canet. It’s like Ryan Gosling in All Good Things where he plays Robert Durst (a person still in the criminal public eye) over a period of many years. You can’t help noticing that he’s wearing a wig and has his faced plastered with make-up. Yet the film works its magic despite the occasional cosmetic faults.