When asked what the best comedy movie ever made is I usually default to Sullivan’s Travels (1941) as a way to jumpstart the conversation. Perhaps not oddly, if I don’t say Sullivan’s Travels I say The Lady Eve, another 1941 release. Both films are the brainchild of writer/director Preston Sturges.

Sullivan’s Travels (Criterion Collection Blu-ray, 4/14) has the kind of laughs derived from clever and intelligent dialogue, but it also has slapstick guffaws created from wacky situations and stock characterizations. Before all is said and done the film takes on a tragic twist and yet characters with no hope and no future find themselves laughing at a Disney cartoon.

A big time Hollywood director (Joel McCrea as John L. Sullivan) has become bored of making inane comedy successes, the silly love songs of his era. Some of his hit titles include: So Long, Sarong; Hey-Hey in the Hayloft; and Ants in Your Pants 1939. Sullivan wants to make a socially relevant film however, like Stanley Kramer in the ‘50s and ’60 only this is a film made before American entered the Second World War. Sullivan’s vision is a film titled O Brother, Where Art Thou. Sullivan plans to travel undercover like a hobo using railroad cars as his flying carpet. A hobo is parlance for the homeless only the tramps of Sullivan’s time are glorified by their proximity to the Depression. 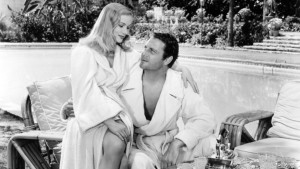 Veronica Lake plays a disillusioned actress who tags along. Those familiar with Sturges’ movies will recognize many of his stock company of character actors like William Demarest, Eric Blare, and Franklin Pangborn among others. As in any Sturges script some of the best lines are from supporting characters, like when Sullivan’s butler tells him “The poor know all about poverty, and only the morbid rich find the subject glamorous.”

Sullivan’s Travels has this uncanny ability to change atmosphere drastically and still keep the viewer zeroed in on the film. When the joke of Sullivan’s quest for the cause of human suffering gets flipped on its head, and he finds himself incarcerated on a chain gang with temporary amnesia the film becomes dark in a way that few comedies can navigate. Low angles and unremitting cruelty dominate the image. “If ever a movie needed a good plot twist this is it,” says Sullivan. The way Sturges backs himself out of the corner he has painted himself into proves what a movie genius he was. By the way in addition to making a series of remarkable films in the 1940s, Sturges invented kiss proof lipstick.

The Blu-ray transfer makes the black-and-white images pop from the screen with just the right amount of grain. The image is presents in the proper boxy 1.37:1 aspect ratio. The great extras include celebrity commentary (Noah Baumbach, Christopher Guest, Michael McKean), a PBS documentary on Sturges, a few others, and of note a new extra for this edition a video essay of the movie that features director Bill Forsyth and critic David Cairns. 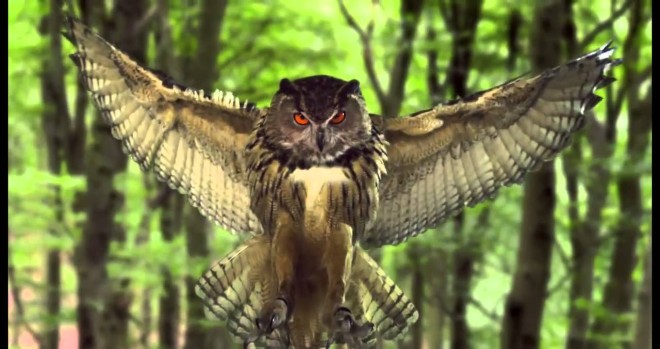 Mysteries of the Unseen World (Virgil Films and Entertainment, 4/21) presents a variety of invisible phenomenon that surround humans and their environment. Originally an IMAX film produced by National Geographic, the release comes in a Blu-ray 3D and DVD 2D combo pack. The 40-minute film maintains its 3D allure on a high def television screen, while a 20-minute behind the scenes explains the technique of rendering information from an electron microscope into three dimensions. 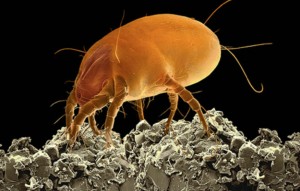 The unseen world takes in high-speed photography and time-lapse photography to see images too fast for the eye to detect. A couple of shots include slow motion of a rattlesnake biting at the camera as well as an owl flying directly at your point-of-view. Then there’s ultraviolet, infra-red and x-ray vision that allows us to see the insides of a person drinking a glass of milk or the heat vision of a mosquito.

Unseen World really takes off when it goes microscopic. We go layer by layer into the inside of a single strand of a spider’s web. Carbon nanotubes will be used to build an elevator to outer space. There are eight-legged mites living on our eyebrows and we get to see them up close and personal. The doc informs us that the average human has more microscopic creatures living on their body than the total population of the Earth. Think about that when you’re going to sleep tonight.