Leon casino, Going clear refers to a process of clearing your mind of past psychological traumas. In Scientology this is achieved with an E-meter, which measures skin response in a manner similar to a lie detector. After a person is clear they reach levels called OT. As one person remarks, “You can’t get any higher than OT VIII.”

At the OT III level a person is given a hand written document that recounts the origin myth of Scientology that involves Earth as a prison planet, souls being trapped in a volcano 75 million years ago, and other nonsense involving Xenu the leader of a Galactic Confederacy.

The HBO documentary Going Clear: Scientology and the Prison of Belief premiered on the cable channel March 29, with additional screenings throughout March and April. Written and directed by Alex Gibney, the doc reveals the history of Scientology, its status as a church, and the dark personality of its founder L. Ron Hubbard (who died in 1986) and its current leader David Miscavige.

Gibney interviews several former members of the organization, the most prominent being Paul Haggis (Oscar winning writer and director). Stories of cult like control of members abound as well as how other well-known adherents of the church like Tom Cruise and John Travolta are themselves manipulated. For instance when Travolta refuses to have his sessions videotaped secret cameras are used. 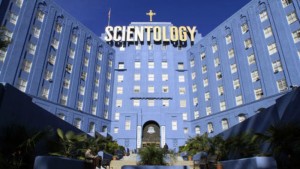 There is certainly a lot of corrupt imagination on display. How else would you describe a religion that influences its member with a combination of science fiction and physical treats?

Gibney is known for his no-holds barred style of documentary filmmaking, digging deep into unpleasant facts when necessary. Particularly disturbing are accounts of people being held against their will on the seventh floor of the Scientology building in Los Angeles. Perhaps most surprising is how Scientology continues to operate as a tax-exempt entity.

The two-hour program moves rapidly through allegation upon allegation, most of which leave the viewer just shaking their head in disbelief.

Latch Key Kids: The Best of The Week