Leon casino, The title The Wrecking Crew sounds like it should be a spy spoof movie from the 1960s. In fact, Dean Martin starred in a Matt Helm film with that very title in 1968.

However the Wrecking Crew was a group of studio musicians in Los Angeles during the 1960s that basically are on every record that you love and remember from that time. They didn’t choose that moniker, others did. It’s like how the French directors of the 1960s like Godard and Truffaut didn’t called themselves the Nouvelle Vague, that was a term tagged on by the press. Likewise Mark Duplass and company didn’t set out to be filmmakers of the “mumblecore” genre, that is a label once again assigned to them by the press. (Okay, drummer Hal Blaine who was a member of the Wrecking Crew did use that name. But it was the press that took it from the purview of a personal nickname to a cultural non de plume.) 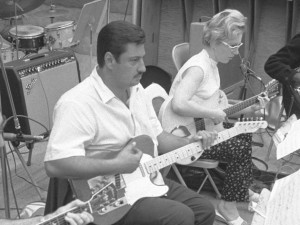 You might recognize some of the members of the Wrecking Crew like Glen Campbell or Leon Russell or Mac Rebennack a.k.a. Dr. John, but their ranks included Blaine, bassist Carol Kayne (who invented the bass line for “The Beat Goes On”) and guitarist Tommy Tedesco. Phil Spector used the crew when he created his wall of sound and ditto Brian Wilson used the crew to record the Beach Boys best LPs. An upcoming film about Wilson, Love & Mercy features a recreation of the original studio sessions of “Good Vibrations” and the film shot the sequences in the same studio that the Wrecking Crew recorded that top 40 hit. All in all the crew was responsible for over 100 of the top ten hits of that era.

The thing about The Wrecking Crew the movie, which opens this weekend in an exclusive engagement at the Sundance Cinemas Houston, is that it actually premiered in 2008 at SXSW. It has literally taken the producers until now, a life passage later, to raise the money to clear the music rights for a theatrical release ($300K). Films on the film festival circuit have a different contractual obligation regarding music rights. The movie is playing one theater at one time, yet to show the same film on a nation or world-wide basis requires additional royalties.

Denny Tedesco, the son of Teddy Tedesco, directs the Wrecking Crew and the emotion he elicits from the performers in a series of then current (and pre-recorded interviews) is just the icing on the cake. Song after song ingrained in our collective memories propel The Wrecking Crew at rocket speed from beginning to end.