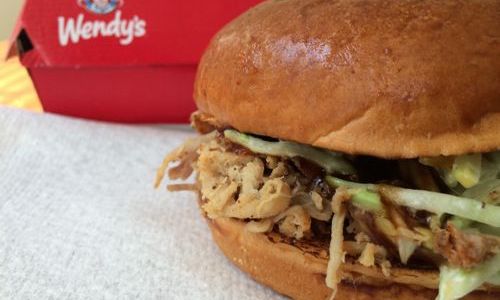 Leon casino, A lot of old school fast “food” joints are doing makeovers these days. New logos, new fonts, new store designs, and even new menu items. Taco Bell is using Doritos and waffles as taco shells, McDonald’s has gotten into the wrap-game, and Burger King (Japan) is offering black burgers with black buns, cheese, and sauce, and Wendy’s…Wendy’s is trying to spread the gospel of BBQ with their new pulled pork cheeseburger, which is a cheeseburger topped with pulled pork.

Not surprising, it looks and sounds pretty gross, and that’s just based on the advertising. I’m sure that if I was to order it at the nearest Wendy’s, it would look, smell, and taste much worse than even the ad dresses it up to appear. But fast food not measuring up to the ads that sell it is nothing new.

What really struck me as noteworthy about this ad is the way in which the it makes light of and commercializes the concepts of privilege, authenticity, appropriation, and a globalized monoculture even as it boasts of spreading that taste-free, high-fat, high-sodium, large-carbon-footprint monoculture.

If you are in Southern California, for example, you might choose to be stoked about the prevalence of bad ass fish tacos rather than lament the absence of the BBQ you could get back home. Similarly, by providing the denizens of SoCal with what Wendy’s considers good BBQ, they are depriving those Californians a reason to visit Texas and taste our local (Memphis) cuisine, thereby depriving us of tourist dollars and the cultural exchange that occurs when visitors interact with locals.

Below is a partial transcript of the ad:

BBQ privilege can distort your worldview. I’m from Texas. I get that.

So the importance of Wendy’s semi-altruistic mission of bringing an abundance of quality BBQ pulled pork the the geographically-deprived residents of places like Venice Beach or Vail, Colorado isn’t lost on me.

Although I grapple with justifying cultural appropriation and globalized society, and although tender BBQed pulled pork atop a juicy cheeseburger on a soft brioche bun isn’t authentic Texas, it is authentically delicious. So go to Wendy’s and experience your new right to BBQ pulled pork with three different sauces [emphasis added]”

Of course, advertisers using anti-capitalist language and slogans to sell a rebel image and consumer products and  is nothing new. At least a few FPH readers are old enough to remember the uproar Nike caused when they used the Beatles’ “Revolution” in a shoe ad, and all of us remember, in the wake of Occupy Wall Street, when billboards for “Occupy Brunch” and “Occupy Mink Coats” and all manner of “Occupy Consumer Goods” started popping up.

Of course, cultural critics such as Thomas Frank have noted that the whole rock and roll “rebel” culture was heavily promoted by the advertising industry, dating back to the birth of that “rebel” culture (and Frank explores this idea in depth in his 1997 book The Conquest of Cool: Business Culture, Counterculture, and the Rise of Hip Consumerism, which I reference in my article about #normcore).

Still, this Wendy’s commercial…I guess it’s funny and it shows how much these ideas of privilege and appropriation have infiltrated the national discourse, but it also steals away a bit of the critique behind these words, deprives them of a bit of their punch, makes them laughable, dismisses them, appropriates and capitalizes on them in the same way that Wendy’s is turning the concept of delicious pulled pork into mass-produced proto-diarrhea. Capitalism is pretty smart and dynamic in the way that it can usurp (appropriate) its critics’ messages and use those messages to sell more products.

The cool thing is that our culture and freedom of speech allows these appropriations to work both ways, so I recommend a beautiful (some might call disgusting) work of transgressive experimental literature (it blurs lines between poetry, fiction, erotica, and philosophy) by Joe Wenderoth called Letters to Wendy’s.

The conceit behind Letters to Wendy’s is that there is a man who is losing his mind who goes to Wendy’s almost daily and writes notes on the customer comment cards over the course of a year. The book is a compilation of those comment cards, and it is at parts hilarious, sexy, disturbing, and poignant.

You can read some excerpts here and here.

If you ask me nicely and promise to return it, I might loan you my copy…as soon as I’m done unpacking from my recent move. I doubt you’ll find it at the library.

Here is another article that thinks this idea is gross for different reasons (taste and authenticity) and includes an economic analysis.

While beef prices continue to rise sharply, pork prices have a flatter trajectory, but it’s hard to raise the price on a cheap burger that everyone is conditioned to value at no more than a dollar. The $4.49 pulled pork sandwich comes in for the rescue. But just how cheaply are they getting that pork?

The cushion is cut #405B from the picnic. It’s the tricep muscle taken from just below the pork butt. I asked a major D/FW food distributor if they sold much cushion meat. They told me that despite the inexpensive cost, they only have three restaurants in the entire region that order it, and none of it is used for barbecue. But at just $1.62 per pound on the wholesale market (pork butt is $2.52 per pound), as compared to $2.80 per pound for fresh ground beef, there’s no wonder why Wendy’s targeted this cut.