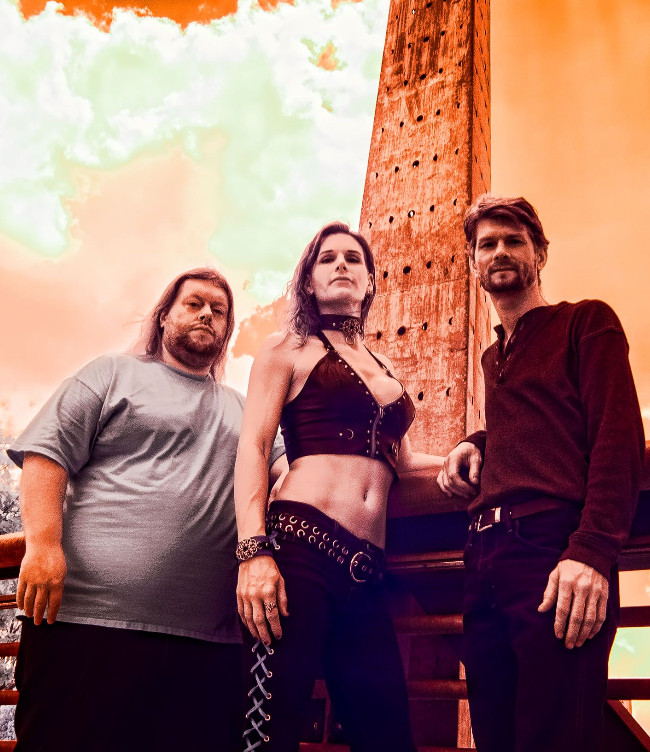 The Houston music scene at one time had a thriving metal scene, where there were more metal bands than anything else.  In recent years, as with most music, the genre has gotten smaller and smaller in our city.  However, the mark of a good band is their ability to weather trends alongside continuously releasing material.  One of those acts is Houston’s Project Armageddon.  On their recently released album, “Cosmic Oblivion,” the three piece takes things up a notch and adds a more spacey and progressive feel to their already heavier doom metal sound.  What comes forth is possibly the best selection of tracks in the band’s history, as well as two extra tracks that come from the band’s past.

The opening track, “Cosmic Crush,” is a super proggy instrumental.  Though I’m not really a fan of long instrumentals, the song does a great job of gearing you up for what the rest of the album has in store.  What sets this release apart from the previous PA albums is how progressive it comes off as.  That sentiment is all over the second track, “Vortex To Oblivion.”  The way in which the band segues between a slow doom speed to a quicker pace with ease is intense.  Doomstress’ vocals find their way in and out of the track while Raymond and Brandon drop a sludgy mixture of guitar and drums to create a sound not found on the band’s previous releases.   There’s an element on these songs that have a bit more of a future doom metal kind of feel, where the way in which they are performed sounds different than what’s happening in doom today.  The third track in, “Lost To Forever” adds to those elements, where you find the band bringing in a more hard rock structure that has this deep groove feel, away from the traditional doom metal world.  It feels like Doomstress is channelling Halford with a high pitched and more gritty vocal.  Keep in mind, the thick as molasses combination of the three piece is still present, while Doomstress’ vocals cut through the murk like a knife to butter.

The band keeps things slower on the fourth song, “Frigid Bitch,” where it feels as chilling as the song’s title.  There are times where the vocals feel a bit separated from the song; but it doesn’t affect the overall tone of the thick mixture of the song.  The band picks the pace up with lightning speed on their cover of the Judas Priest classic, “Deceiver.”  The big difference here is the fact that the band makes the song their own by adding thick doom metal principles.  Unlike the original version, there’s a moment on the track that it needed before..a much heavier and metal touch up.  Keeping things different, the band offers up an acoustic version of the song “Time’s Fortune,” from the group’s first album, “Departure.”  It’s hard to believe, but this version feels like it has more oomph and depth than the original.  Where the original version had the feeling of Metallica’s “One,” this version feels more like what you like in Project Armageddon’s overall sound.
The album gets closed off with a high energy live version of the song, “Tides Of Doom.”  The song, off of the band’s second release, “Tides Of Doom;” has a much more bombastic sensation.  It really showcases the depth of a Project Armageddon performance, while featuring the more recent sound of the band.  All in all, what you’re left with is another strong release from a band that’s been evolving since they began.  Project Armageddon takes the logical next step on the release by moving in a bit more of a proggy direction and trying new things while still keeping their initial sound intact.  While Project Armageddon doesn’t play for a while, you can still see Doomstress’ side project Vendetta Diabolique at the Third Annual Grace Note Benefit this Sunday July 5th, at Pearl Bar.  Things kick off around 3:00 and the $10.00 cover goes to the charity.