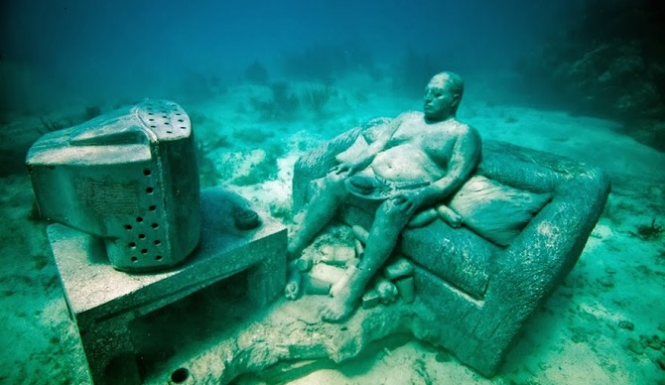 This is an important week for anyone who cares about a livable climate and a decent future for human beings this planet (which means everyone). To put pressure on our government* to strike a binding agreement on carbon emissions at an upcoming U.N. climate meeting, a People’s Climate March of tens if not hundreds of thousands of people will assemble in New York City. Here in Houston, folks are organizing a similar event on Friday, September 19th: Make Houston Hotter! An Irreverent People’s Climate March.

Though climate change is a global issue, it’s also a Houston issue. Between our sprawl, population, electricity consumption (blessed air conditioning!) and the reprehensible actions of a handful of our 5,000 energy companies, one could easily make the case that Houston—the ‘Energy Capital of the World’—has contributed more to the destabilization of the climate than any other city in the United States, if not the world. And the stakes are higher than ever. The most extreme predictions scientists made a decade ago are being passed regularly, and we’re now committed to a future of more extreme weather events, more flooding and more heat (in some places), not to mention an accelerating mass species extinction.

The time for action is now, not tomorrow.  For all the changes required to begin ‘decarbonizing’ our economy and lives, there is little more dangerous than “business as usual,” the unrestrained combustion of fossil fuels. It will sentence our children and grandchildren to lives of increasing hardship and constitute the greatest act of injustice in the history of our species—billions of poor people and people of color (in the United States and abroad) will pay the worst price, though they’ve contributed the least. Yet day by day we continue as if this weren’t occurring, unable to change our ways or even acknowledge what’s happening.

What’s a city to do? All around the country, municipalities are trying to pick up the federal slack and address climate change themselves (though, ridiculously, they often have to call it something else). While Houston’s been doing some ‘adaptation’ (preparation), it’s done little in the way of ‘mitigation,’ or working to reduce our incredibly high per capita energy consumption. For all the growth of renewable energy sources over the last half-decade, the hard work of concerned Houstonians and talk of a national ‘climate swerve,’ Houston and the energy industry continue to burn on.

This couldn’t be a more serious issue, but it’s also one that has been in the public consciousness for a very long time now. People experience ‘apocalypse fatigue,’ and the easiest way to deal with it is the one that most folks choose: denial, if not of climate science, then of the personal and political implications of what’s going on. But this isn’t our only option. An awareness of the gravity of this issue can (must) go hand-in-hand with action, joy, and even a sense of humor. Emma Goldman once said that she didn’t want to be part of any revolution that wouldn’t let her dance; I’d say the same, and add laughter.

In that spirit, we will be assembling this Friday afternoon in downtown Houston to let our local government and energy companies know that Houstonians are concerned about our collective future. With drums, puppeteers, cyclists and oil-tarred hula hoopers, we will call on them to step up to the challenge, move beyond fossil fuels and address the racial and economic injustices of climate change in the Houston area, but we will be doing it in a slightly different way—why not have fun with it?

In a democracy, transformative legislative action only happens when enough politicians believe that citizens will vote them out of office unless they act. Dissent with ‘business as usual’ must, at some point, become public. Now is that time. For all the miles you’ve driven and flown and the future you hope to enjoy, why not take off from work a few hours early and walk while with us this Friday?

Dr. Matthew Schneider-Mayerson is a postdoctoral fellow at Rice University’s Center for Energy and Environmental Research in the Human Sciences (CENHS).

* [Ed. Note: Free Press Houston does not necessarily endorse a belief in politicians.]