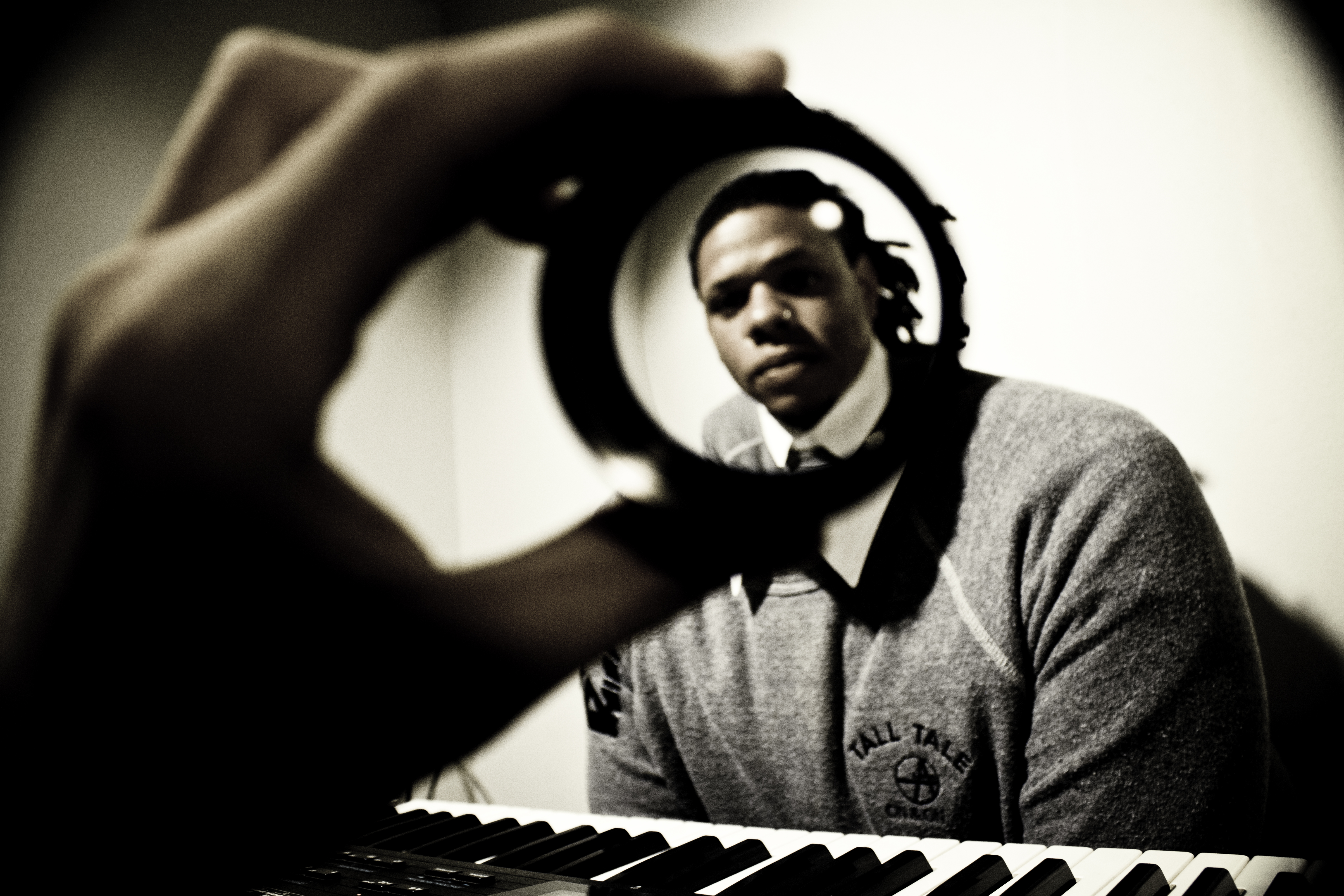 There’s a pretty good chance, that you have no idea of the existence of the artist below.  Born in New Orleans, raised in LA, he’s seriously blowing up in the world of touring producers.  His genre is instrumental hip hop, and I’d be lying if I said that his new E.P. “The Autodidact Instrumentals Vol. 1” wasn’t one of the most interesting things I’ve heard in a long time.  AF THE NAYSAYER isn’t a household name in Houston just yet, but he’s becoming quite the big deal everywhere else.  On October 16th, H-Town will get a glimpse into his musical world, when he performs here at Kohn’s.

A couple of notes before we get going.  This is an easily digestible release, that’s simple in it’s approach; yet layered like a beautiful masterpiece.  The songs are so simplistic while they still hit hard and have more hooks than a fishing village.  The album’s opener, “R-96” pops out with backing vocals as the rhythm, coupled with a simple crashing drum beat.  It does what a great opener should, by setting the scene for what’s to come on the following tracks.  What comes next is the jammy vibe of “Status.”  This track has a very electronic piano with crash drums, but still slinks forward with a series of hook filled electronic sounds.  However, the third track, “Shock” comes at the listener with a very different vibe.  While still having a great tempo, NAYSAYER slips in little glances of sounds that almost sound like electroshock treatments, before getting to that Summer jam kind of vibe.

When you get to the song, “The Bizness,” you almost immediately realize why AF is a step above so much of the instrumental hip hop out there today.  With an organ that sounds like it’s from “Songs In The Key of Life,” AF brings the noise and delivers the funk.  He methodically drops in and out a more spiritual organ and keeps a funky beat in check with a distorted drum track.  He spreads his wings further on the sixth track, “Post” by starting with a simple clicking and then follows it with lush organ and then peppers it with video game sounds.  As with all of the songs, the simplicity is something to marvel, as even though there’s plenty happening on each track; it never feels overwhelming.  He follows this with “The Wait (Controller One Remix)” that utilizes a shaker as the main rhythmic vibe while bringing in spaced out piano and a clap sounding drum track.  It’s easily one of the more diverse tracks on the release, and it still makes you want to get out on the dance floor.  The lead single of the E.P. the catchy as hell “Sunday” is definitely the strongest on here.  That’s actually saying quite a lot, because the whole E.P. is something you wanna’ jam out over and over; and it’s not cluttered with lyrics to kill the over pace.  “Sunday” is literally just some light synths underneath a basic piano, that’s paced by a clap based rhythm; but it’s still amazing in it’s effect.  The release is finished off by the old school hip hop drums and futuristic synth sounding “Angel Island.”  You can tell that AF is ahead of the game when he drops in and out various sounds that could have come from the movie “TRON” or from the video game Final Fantasy.  He utilizes simplistic vocal tracks by placing them on repeat; and by the time you’ve got your groove on, the song is done.

Once you take a listen to this, you figure out quickly why AF THE NAYSAYER is quickly becoming a big deal.  It’s bold yet basic, simplistic without sounding thin, and lush but not cluttered.  In the end, he’s created his own sound while gently nodding the soul and the funk of those who came before him.  You can catch AF THE NAYSAYER in person, when he performs here in town with FLCON FCKER at Kohn’s October 16th.  You can pick up your copy of this E.P. here today.

One Response to Not Local Love: AF THE NAYSAYER