The black intelligentsia and white critics love rap music with a message. Kendrick Lamar’s newest release, To Pimp A Butterfly, is getting a lot of praise for making a point, for speaking to and about the black community in a candid and “real” way, but who’s to say Migos or Drake is saying less or more? I like the album, however, I will say that it does sound a bit dated if you’ve ever heard a Tribe Called Quest, Erykah Badu, or a Dr. Dre album (in his better years of course). There’s a lot of funk and jazz, and I am 40, and I have heard a great deal of rap albums influenced by funk and jazz, so that particular sound is not new to me. The other part would be the songs like “Wesley’s Theory,” which addresses tax evasion and flossing, or “How Much A Dollar Cost,” which poses a homeless man as God, as examples of songs with heavy subject matter. There is even a song that talks about skin complexion called “Complexion (A Zulu Love)” and all of this is fine and good, but where is the bump, where is the song that makes me want to wash my car or fix that back right speaker? Even the sort of def poetry-ish interludes sound antiquated to me — as if Lamar just heard Floetry or Black Star for the first time. Kendrick Lamar is huge, which means that he can make a Mos Def album, but outsell Mos Def, but if you heard Mos Def do it, well….I am in no way opposed to a “cerebral” rap album, but the music and lyrics work in tandem in rap, and this album is way too long (79 minutes!!!) to evoke the School Daze soundtrack and end with the equivalent of the Tupac hologram at Coachella. 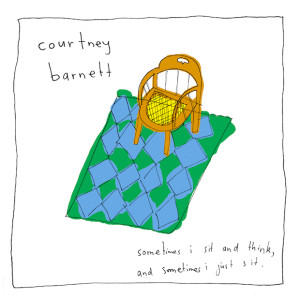 Whenever Pavement is listed as an influence, you sort of expect it to be loose musically and lyrically, wordy and humorous. I feel that I could coin the term Malkmas-ian if I were so inclined. Courtney Barnett’s album is a treat to listen to; the music is easygoing; the songs are funny, stream of consciousness bits on fame, domesticity, and organic vegetables. Barnett writes the kind of songs that boast Oscar Wilde type one liners. Let us take the brilliant “Pedestrian At Best,” where she states “underworked and oversexed I must express my disinterest / the rats are back inside my head what would Freud’ve said,” or the equally superb “Kim’s Caravan” where she informs the listener “Don’t ask me what I really mean, I am just a reflection of what you really wanna see, so take what you want from me,” which, in a weird way, describes the sort of idolatry that is applied to artists whose words become Twitter quotes and Instagram hashtags, the idea of one’s worth only measured by how you can narrarate my life, my experience, my frustration with traffic and/or grocery stores. The music passes through like the changing scenery of buildings from a car window, or wind in the alley, or the consumption of a beer. These songs are the space you stare into on the edge of the bed with the television barely audible and the room lit by the informercial that began when the Law and Order marathon ended — huge in impact, but almost inconsequential- the weight of an afterthought.Yes, it is an awesome album.

EARL SWEATSHIRT I Don’t Like Shit, I Don’t Go Outside (Tan Cressida/ Columbia) 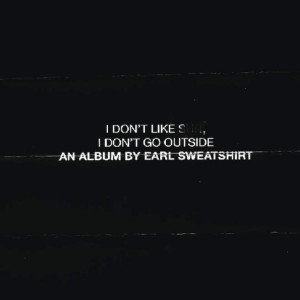 Earl Sweatshirt has created a universe of a tiny space, he has made the room a planet, the comfort, or perhaps the cave, of home. His songs reek of paranoia, distrust, disgust, and the bravado of loneliness: fuck the world. Hip hop concerns itself with the communal: the world, the hood, the club. Sweatshirt’s world is barely lit by whatever light leaks through the blinds. The dynamic “Faucet” trudges along with the lines ” I hope my phone break, let it ring…When I run, don’t chase me.” It is not the sort of droll dialog of “the haters,” it is real discomfort, but not pitiful, “I don’t act hard, I’m a hard act to follow…you circus niggas turning into tricks, I’m making waves you surfing in’ em.” The listener never really learns what drove the protagonist inward, maybe a breakup, maybe the death of a loved one, maybe opposition to the trite. Whatever it was, these are the Salinger serenades, these are the pre-Howard Hughes-ian odes, the detachment. The music plods along one somber note to the next, one moonlight to another, the walls closing in vibrating to the bass, the dance of the smoke off the ash. This album is beautiful. 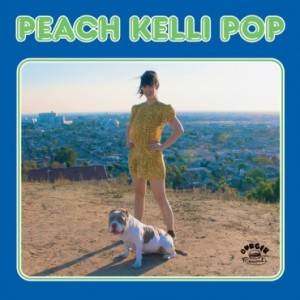 First up, the most excellent thing on my Soundcloud is the Burger Records stream. It is why we listen to rock. It is song, more than thought, or the overemphasis of attempts at art. Peach Kelli Pop touches the place that made you appreciate rock music or just music, it gets to the point quickly, it feels good, i sounds good, it sounds like people, there is no hint of machine or plan, there is song and feeling. “Plastic Love” is hook line and sinker, you are sold in the first 15 seconds, punk rock gold. “Please Come Home” is a milkshake, a delicious cookie, the first taste justifies the weight gain. When you are are trying to commit to the diet, this is the sugar that tempts you. This isn’t something to ponder and intellectualize, this is the thing to blast and enjoy, the as if there is no tomorrow thing. This day is already better. 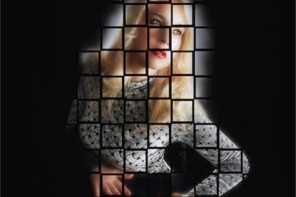 Shabazz Palaces once informed us it’s a feeling. White Hills is the the vein before the oxygen, it is what is running through your veins, the live blood, not the scab. The first words of the album are “How dare we call ourselves creators,” and I believe that is a great start. When the Can groove of “LSD or USB” kicks in, you know you are there, the Vegas strip, the costume party in the desert, the forbidden, sexy in its danger, the snake wrapped around the writhing dancer’s album, the album’s centerpiece ” Lead The Way” the spinning strobe, the collapse on the couch at that party where the ceiling is at once escape and adventure. Does anyone else see that face? 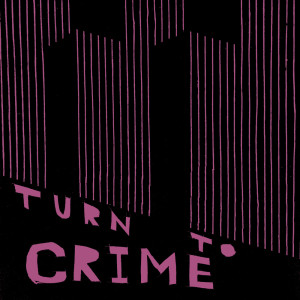 Album opener “This What You Wanted” is six minutes of glory. Turn To Crime could do a metallic cold Suicide thing, but the pop shines through in the marvelous “Actions,” The Blade Runner-esque ballad “Impatience” demonstrates an attention to pace and space, a willingness to let the song happen, to let the picture present itself. The wait as marvelous as the climax — the aural companion to the song’s sentiment.